The Ford GT owner's manual hints at the possibility of a Ford GT Competition Series...which sounds like a lighter, faster version to us. 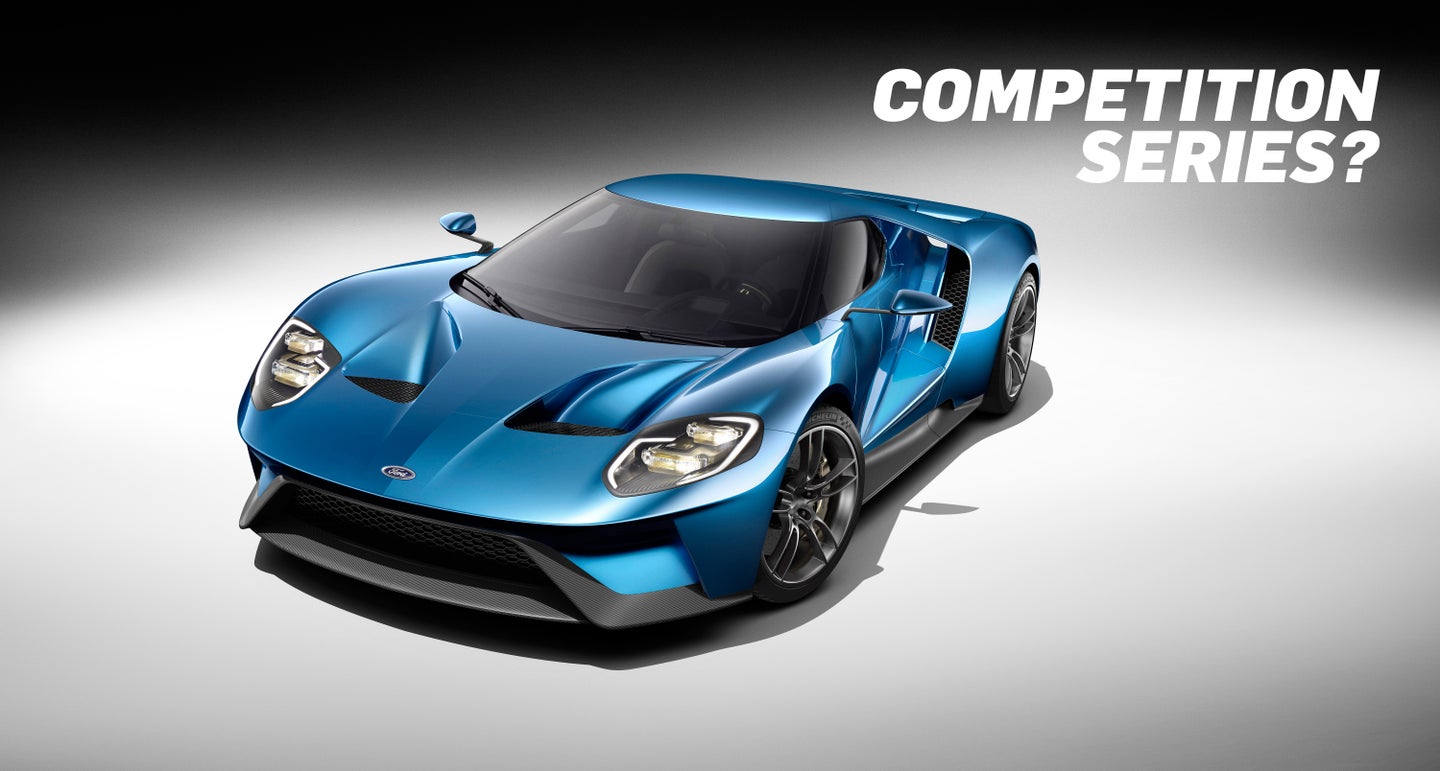 The 2017 Ford GT is mind-blowingly fast, with a 0-60 mile-per-hour time of approximately 2.9 seconds and a top speed of 216 mph. Powered by a 3.5-liter EcoBoost V6 with 647 horsepower at the crank, the Ford GT is a rocket ship that never takes flight. However, the Ford GT owner’s manual is hinting that Ford may want to go a little faster with a lightweight Competition Series model. Mentioned in two different locations in the new supercar's manual (page 42 and page 149), the Competition Series may be a reality sooner than we think.

The Competition Series is mentioned pn page 42 of the manual when speaking about the key fob, and how it does not have a button to trigger the rear hatch latch. Instead, the operator has to go around to the back of the vehicle and stick a key into an aerodynamic latch that will manually release the latch. Once unlocked, the rear hatch has to be propped up by a rod, instead of tensioners found on the current model.

Both of these modifications indicate Ford’s intention to reduce weight in the potential Competition Series. Although we don’t know anything else about the series at this time, two mentions of the model within the manual gives us pretty high hopes that we'll learn more about it in the future.