Lamborghini’s in-house restoration team has its way with one of the first 15 production models the company ever made made. 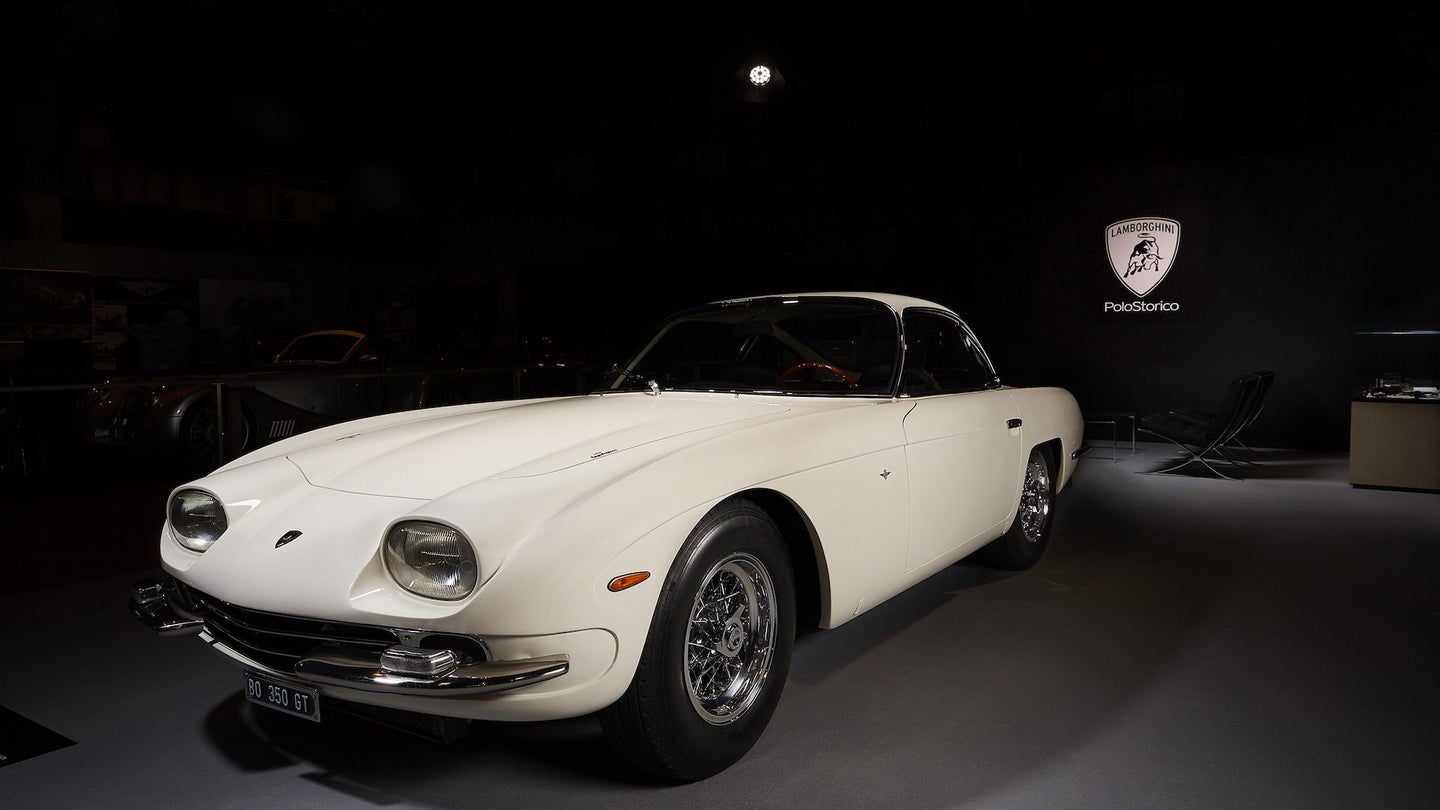 Making its debut at the 1964 Geneva Motor Show, the 350 GT was Lamborghini's first foray into the global marketplace. Instead of the angular, jet fighter-looking supercars for which Lamborghini is so well known—think Coutach, Diablo, Aventador, etc.—the model that brought the Italian automaker into the limelight was, in fact, a grand touring car. It was still fast, though, with a 3.5-liter, aluminum alloy V12 that was good for roughly 270 horsepower slotted under its hood.

Unlike the original car, the 350 GT being shown at Retromobile has been given a nuts-and-bolts going-over by the folks at Lamborghini Polo Storico, which has previously restored the Miura, Countach, and LM002.

This Lamborghini 350 GT is better than new

The experts at Lamborghini took their time to do it right, racking up 1,150 hours of work restoring the bodywork and interior, and an additional 780 hours for the mechanicals and electrics. (While that's, no doubt, a serious amount of time, it's not the 4,000-plus hours Eagle and Singer require for their cars.) Although Lamborghini PoloStorico's mission is to maintain a car's originality as much as possible, the 350 GT's cooling system, electrics, and brakes were all upgraded. Not a bad thing in a mid-1960s Italian car, mind you.

If you're one of the unfortunate souls who can't make it to Paris for Retromobile, fret not. You can take a gander at this Italian beauty below.

When it comes to things you’ll never forget, it’s heard to beat a living bear chilling in an Italian sports car in California.