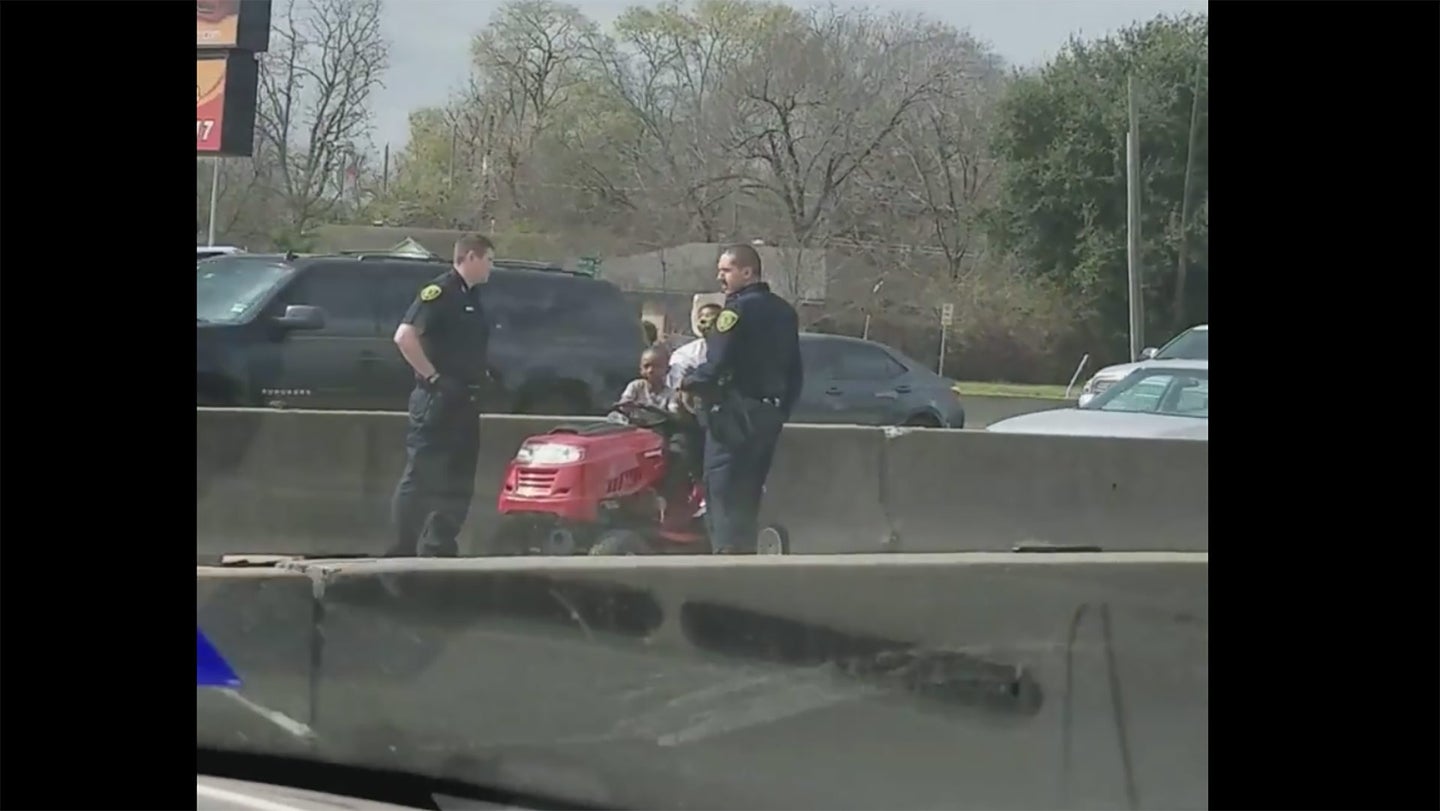 So if your local police department told you to seek alternate means of transportation if you planned to attend a Super Bowl party this year...we don’t think they meant a lawnmower. We don’t want to jump to conclusions, but the last time we checked, it was illegal to operate a lawnmower on a public roadway.

The doesn’t stop Lawny Fairway (not that operator's real name, just our nickname for him). The short video below shows a man detained by police in Houston for something most likely along the lines of illegal operation of a motorized vehicle.

The video also shows that Lawny Fairway is utilizing the HOV lane (probably because he has more than one passenger). It is unclear whether or not the operator was under the influence of any foreign substances, or was in his right mind at the time. Regardless of his state, bringing a child into the situation was is a boneheaded move.

Branching away from the actual events being filmed, I'll admit it—to the two guys filming while yelling “I know my rights, I know my rights” definitely gave us a good chuckle. And hey, it probably wasn't far off from the dialogue exchanged between the two Houston Police Officers and Lawny Fairway.