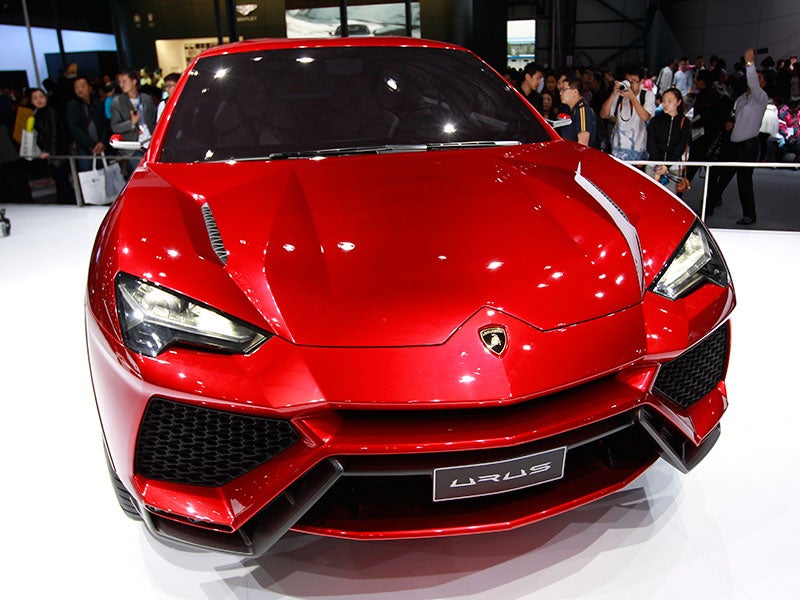 Good news, extroverted nature-loving millionaires of planet Earth: your dream car is almost here. The Lamborghini Urus will begin rolling off the assembly line in April, according to Lambo CEO Stefano Domenicali.

But folks with orders in for the first Lamborghini SUV since the "Rambo Lambo" LM002 of the 1980s and early 1990s shouldn't expect to have their twin-turbocharged off-roaders in their driveways by Arbor Day. "Production will start in April, though the plant will initially build pre-series models," Domenicali said in an interview with Digital Trends. "As you know, this is an entirely new process so the first few cars will be prototypes."

Lamborghini expects the Urus to be big business

The company is significantly expanding its Sant'Agata factory in order to handle double the volume it currently can, or roughly 7,000 vehicles a year; Huracan and Aventador production will be capped at 3,500 units per annum, which leaves room for about 3,500 Uruses. (That is, unless Lamborghini adds a fourth model.)

Domenicali reiterated that the Urus will be capable of off-roading, offering separate modes for different terrain in a similar fashion to new Jeep and Land Rover models. And the CEO added that the company expects to follow up the twin-turbo V8-powered launch version of the Urus with a hybrid version, though he says it will likely be more than three or four years before the gas/electric powertrain tech trickles up to the company's supercars.

Based on one of the CEO's statements in the interview—"you will learn a lot of things in the next couple of weeks"—we're betting the production version of Lamborghini's newest model will make its debut at the Geneva Motor Show next month.