This V-10 BMW M3 Build Is Heaven's Own Drift Car

Luke Fink's V-10-engined 3 Series screams louder than a bunch of preteens at a Justin Bieber concert. 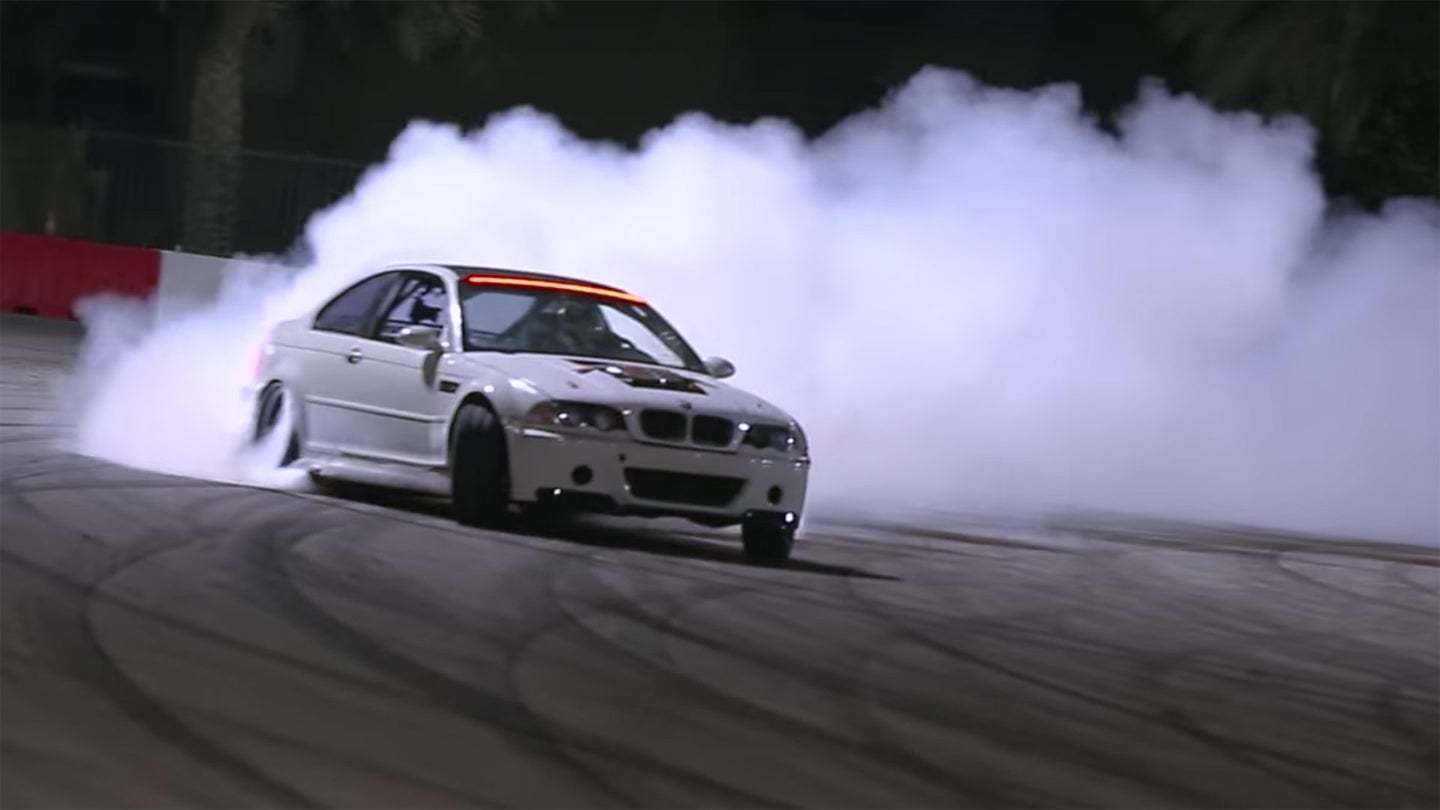 No, someone isn’t shooting angry hornets out of a trumpet, that is just the beautiful sound of a V10 crammed into an E46 M3. Crankandpiston.com just posted an awesome video on Youtube of drifter Luke Fink absolutely ripping around a cordoned-off parking lot in his car.

Keeping the RPMs in the red most of the time, Luke throws this magnificent monster sideways and emits an ungodly amount of smoke as he does it. According to Luke Fink’s Facebook page, the E46 is making over 555 horsepower—plenty of power to destroy a new set of tires in record time.

We love a good engine swap as much as the next person, but a handful of them are significantly better than others—and this V-10 swap happens to be one of them. The build was done by Kinetechnik Motorsport in Abu Dhabi, and it seems to have been an absolute blast (pun intended) to create.

You can check out more videos and info on Luke’s V-10 E46 by going to his Facebook page. (Warning: video contains some harsh language.)