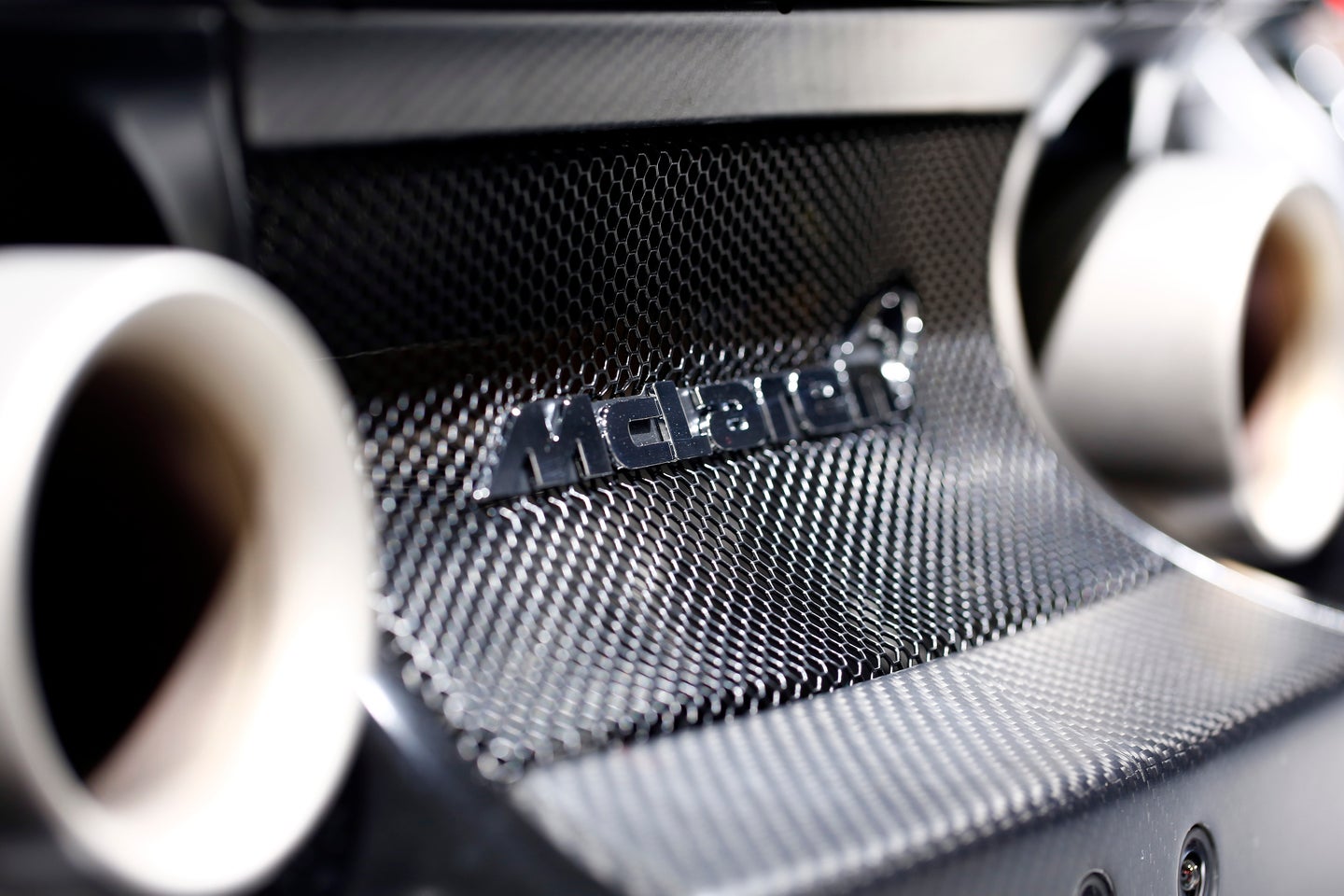 During the wee hours of the night in the US, Instagram user @woppum posted a photo we were delighted to see when we awoke: the new McLaren P14 in the flesh, six whole weeks before it's slated to debut at the Geneva International Motor Show.

Internally named P14, the new successor to the 650S is rumored to eke out 720hp from the famous twin-turbocharged V8 with which the British automaker has had so much success, but possibly with increased displacement, up from 3.8 liters.

As you can see, the looks are dramatic—the entire thing looks like it's been designed in a wind tunnel, which, knowing McLaren, it probably has—but it still retains an exciting and approachable design. The design is apparently all-new, starting with its new carbon fiber monocoque.

The intimidating intake and cooling scoops behind the doors of the outgoing 650S have been exchanged for smooth panels, and the roofline is much different, too. McLaren reports the new model will generate 50 percent more downforce than the 650S as well.

Most importantly, though, it looks like a McLaren, something that's important for a relatively new brand. In McLaren fashion, expect blistering performance and a technological leap ahead of its successor.