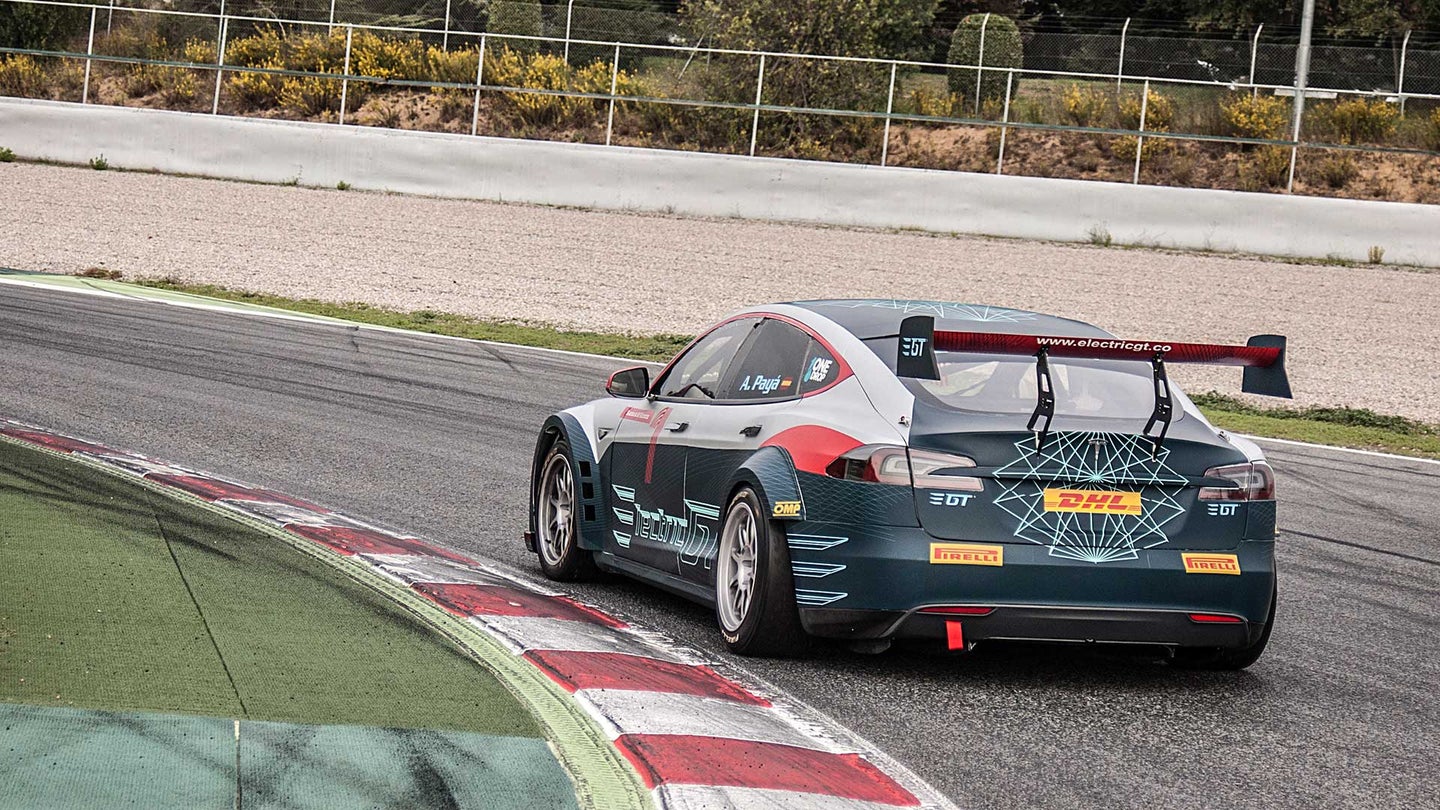 In the video below, you can see a massive rear wing keeping the lightweight car on the ground as it blasts down the Pau-Arnos circuit. The Electric GT series will apparently 10 teams consisting of two drivers each. The series will travel to seven different circuits throughout Europe as well as several American exhibition races.

At first I had zero interest in watching electric vehicle racing but this video has definitely changed my mind. After the third or fourth time watching the short clip, I am convinced this thing is on tracks. It is unclear when the race season will officially kick off but The Drive will be sure to keep you posted.