Just about the most Canadian thing you'll see all day. 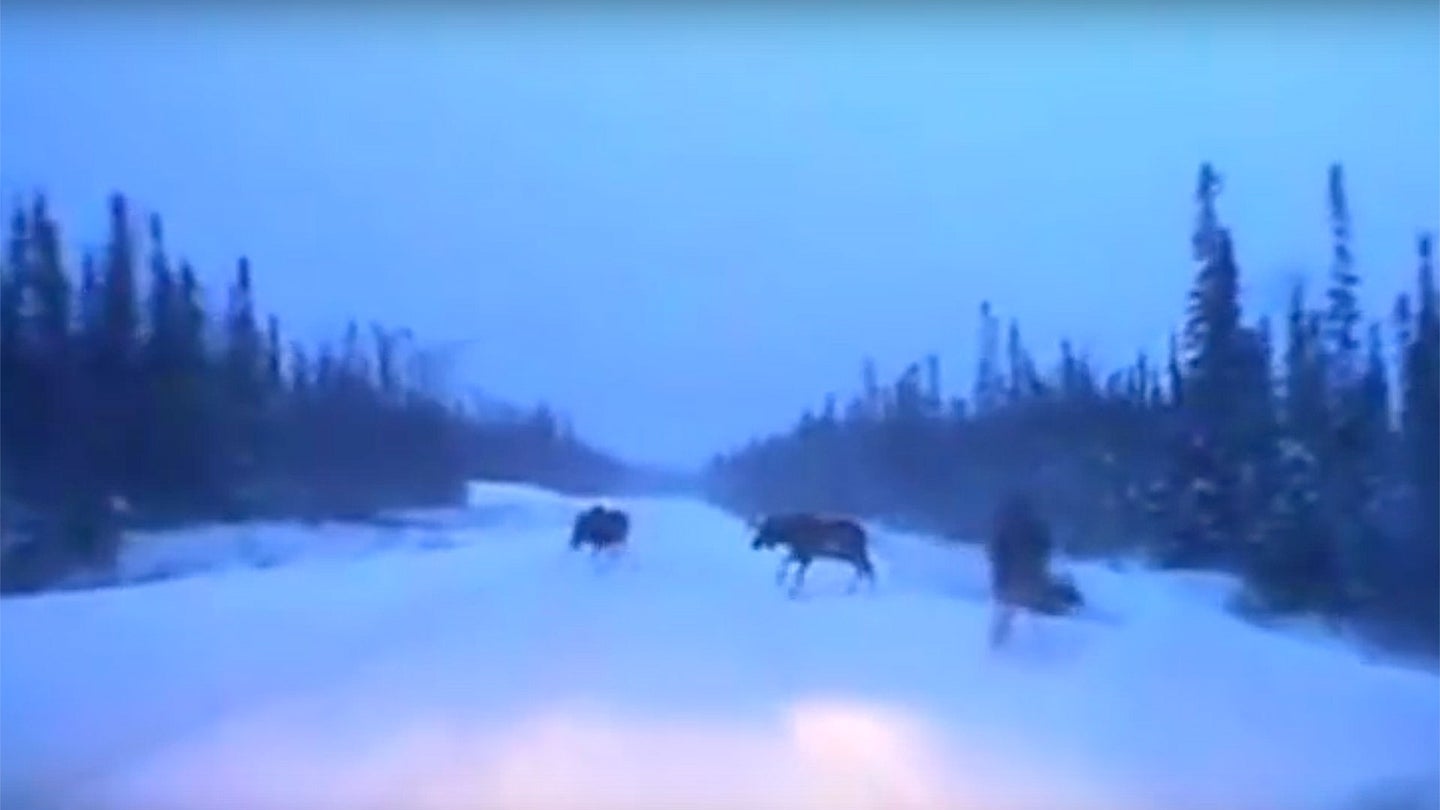 Winter driving can be an absolute nightmare. Between the reduced traction, impaired visibility, and boneheaded drivers, you can find yourself in a fairly stressful situation quite easy. Now add a few 1,500-pound mammals into the mix, and you have yourself a butt-clenching dance with death. Or, as it turns out, just another day in Canada dealing with moose.

Most of you know that coming in contact with any animal on the road can heavily damage your car and often cause injury. However, when a moose is involved, the likelihood of injury shoots up due to the animal’s weight and higher center of gravity. Rather than deflecting off the hood, the car usually sweeps out the animal’s legs and causes the animal to land on the roof or crash through the windshield. Either way, you’re going to have a bad time. (And so is the moose.)

So when this terrifying video of a man narrowly avoiding four moose on a snowy Ontario road came to our attention, we couldn’t help but get a little agitated. Like any seasoned winter driver, the man driving lifts off the gas and refrains from using the brakes once he realizes he doesn’t have any traction. If he had hit the brakes, the car would have lost control and would have most likely collided with at least one of the giant mammals. Instead, the driver expertly steered his way through the pack of moose, threading the needle between the animals and coming out the other side unscathed.

Although the operator did a fantastic job avoiding the large creatures, there was also a lot of luck involved. As you can see in the video, the moose changed their path several times before the operator was finally able to navigate around them. Luckily, the animal’s final moves worked in their favor, and everyone went home that night unscathed.