The president told the group he wants to slash regulations by 75 percent or "maybe more." 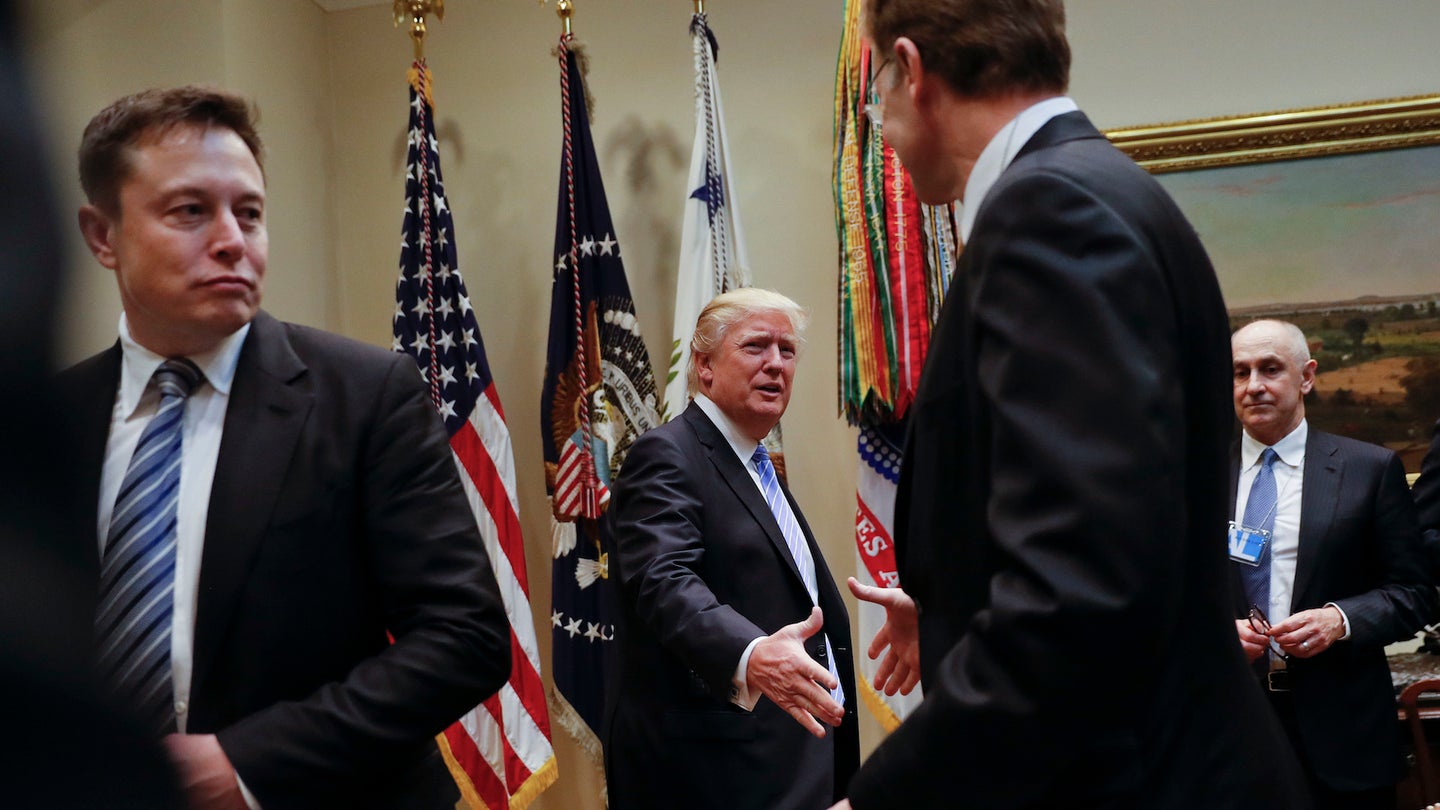 President Donald Trump sat down with Ford CEO Mark Fields, Tesla CEO Elon Musk, and several other key business leaders Monday in what Trump referred to as "our first official meeting" in which the group would discuss increasing manufacturing in America.

In the meeting, Trump spoke about cutting regulations by 75 percent or more in an attempt to push companies that have outsourced manufacturing to bring their operations back to America. The president also talked about cutting taxes for business—as he did during his campaign—potentially lowering rates from 35 percent "to anywhere from 15 to 20 percent" and creating taxes on merchandise that American companies manufacture outside of the United States.

"What we want to do is bring manufacturing back to our country," Trump said, according to CNBC. "That doesn't mean we don't trade because we do trade. We want to make our products here."

Following the meeting, some of the CEOs seemed hopeful about Trump's intentions.

"I come out [of the meeting] with a lot of confidence that the president is very very serious on making sure that the U.S. economy is going to be strong and have policies—tax, regulatory or trade– to drive that, and I think that encourages all of us, as CEOs, as we make decisions going forward," said Fields to reporters at the White House after the talk. "It was a very, very positive meeting."

"[Trump] listened very carefully to everyone around me here on their specific sectoral issues and how do actually get some actions around fixing some of the issues that are embedded around creating American manufacturing jobs," said Andrew Liberis, Dow Chemical CEO.

Liberis explained that Trump asked the group to return in 30 days with a plans to "stimulate the American manufacturing economy."

Following the meeting, Trump signed an executive order to pull the U.S. from the Trans-Pacific Partnership trade deal, CNBC reports. The president is also expected to revise the North American Free Trade agreement.

Previously, Trump has taken shots at automakers for building cars outside of America—some of which weren't built elsewhere.