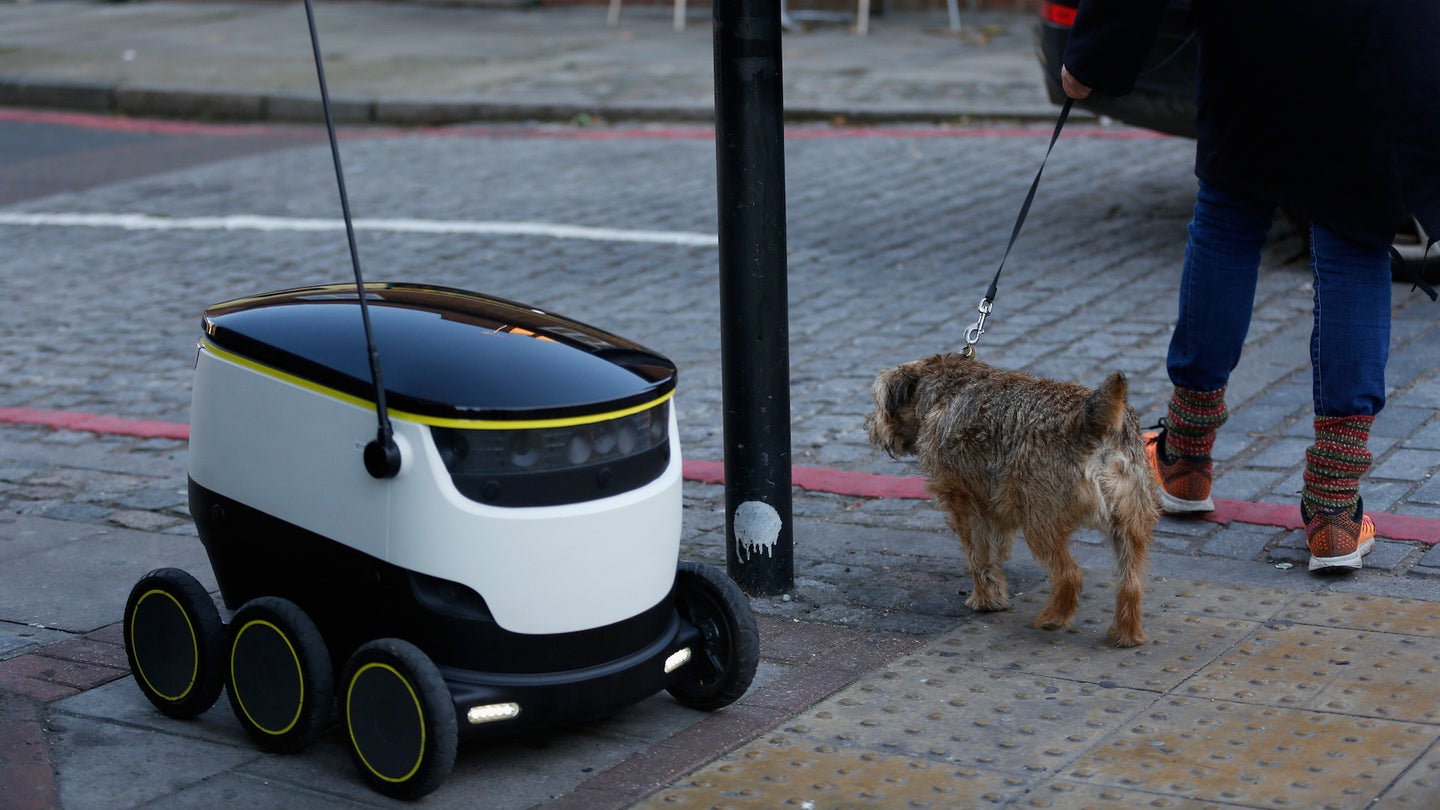 Ordering food through a delivery service can be wonderful, but it can also go awry. If the delivery person gets lost, he or she can wind up taking hours to find the pre-determined drop-off location, and as a result, your meal arrives all soggy and gross. But it seems autonomous robot company Starship Technologies has a solution that might be able to put that problem to rest.

Following approval to begin testing its autonomous bots on the streets of Washington D.C. and Redwood City, CA in November, London-based robot builder Starship teamed up with Postmates and DoorDash—two companies in the business of changing how consumers can order food and other items for delivery—to potentially eliminate the human role of "delivery man" as we currently know it.

The bots being put to work are Starship's rolling-cooler-lookalike self-driving machines. The robots are designed to navigate city sidewalks at a top speed of 4 miles per hour and carry over 40 pounds of food, groceries, or whatever else can fit inside. The 'bots use rechargeable lithium-ion batteries to make deliveries within a two-mile radius, TechCrunch reports. The delivery robots use street maps and their onboard computers to make it around city streets without getting run over or kicked by belligerent pedestrians.

For Postmates, it appears that this test run with Starship is just the company dipping its toes in the autonomous delivery waters. “We don’t have a grand vision that robots would be the ultimate delivery mechanism or something. It’s far too early to say. We do want to gather a lot of data," said Postmates senior vice president Holger Luedorf, according to TechCrunch.

Hey, whatever it takes to put an end to those soggy delivery dinners.