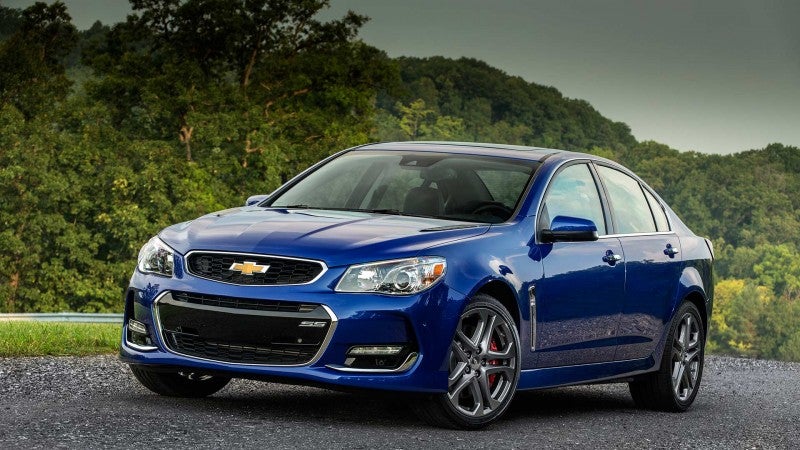 Bad news, muscle car fans: the time has finally come to bid the Chevrolet SS adieu. Chevrolet officially announced at the Detroit Auto Show that the 2017 model year will be the final one for the rear-wheel-drive four-door.

Although many of us at The Drive are quite fond of the SS, it's hard to deny that the sales numbers make a solid case for taking the V8-powered sports sedan out behind the barn and putting it out of its misery. Last year, Chevrolet sold just 3,013 examples of the SS sedan in the United States. (In contrast, the carmaker sold more than 72,000 Camaros, roughly 97,000 Impalas, and more than 227,000 Malibus.)

But the decision would likely have come down from on high even if Chevy had sold 10 times as many copies of the budget sports sedan. Later this year, Chevrolet is planning to close down the Australian plant where the carmaker builds the SS and its Aussie twin, the Holden Commodore.

There's equally bad news for American law enforcement officers who dig patrol cars with rear-wheel-drive and V8 power: Chevrolet is also halting sales of the police-issue-only Caprice PPV, which is built at the same plant Down Under.

In a review last year, The Drive’s chief auto critic Lawrence Ulrich came away with mixed feelings for the sports sedan. He declared the car's 6.2-liter V8 and its 415-horsepower, 415 lb.-ft. output wonderful, but decried the car's hefty $48,570 price tag. "The SS looks like a suburban dad who tries to spice things up with a leather jacket from Wilson’s and Viagra in the zippered pocket," Ulrich wrote.

Still, as he also pointed out, "the SS is a sledgehammer in a world where sedans have all the driving personality of a Waterpik." So even with all its faults, we'll be sad to see it go.