Who needs a new pickup when you've got ride sharing and bicycles? 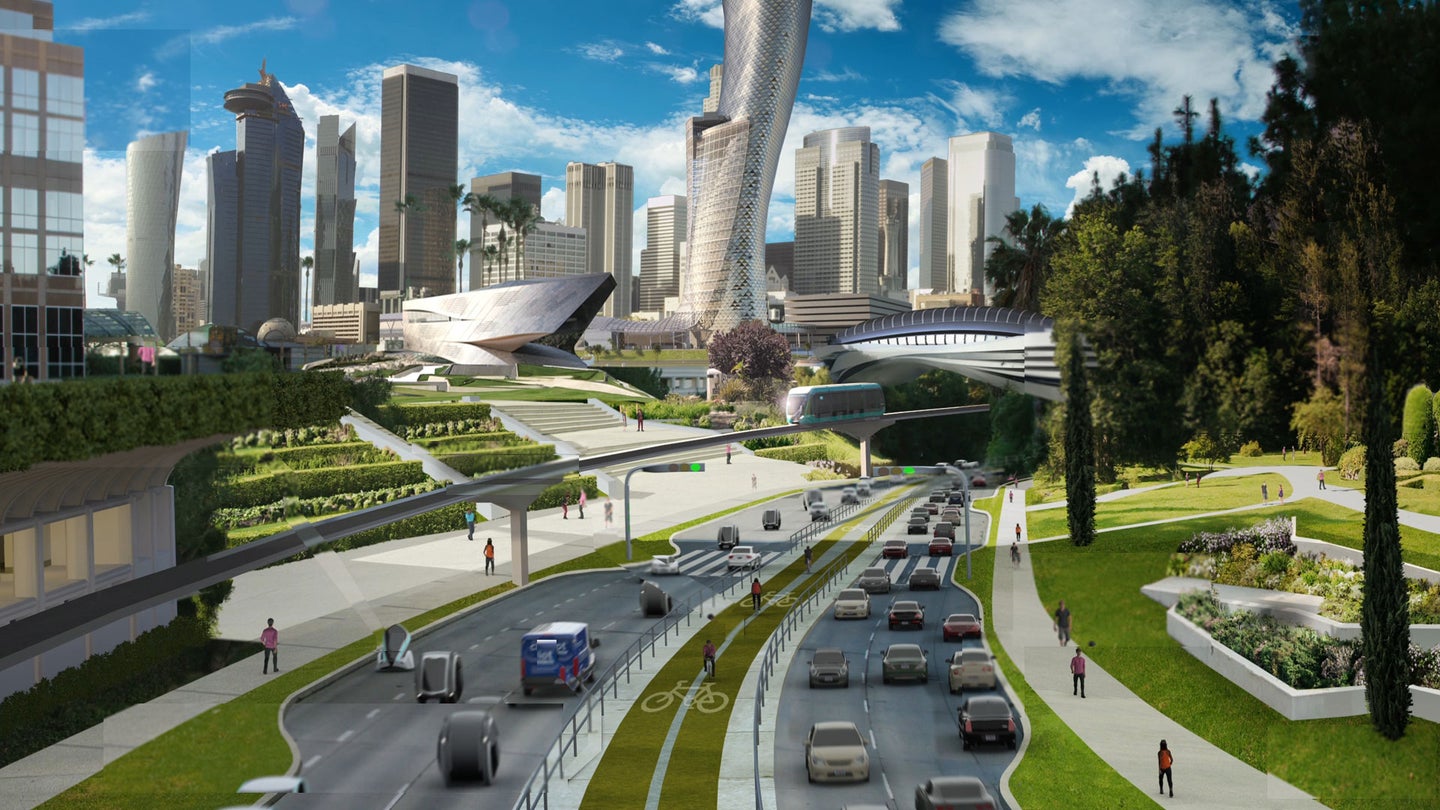 You know it’s a new world in auto shows when Ford fills a Detroit hockey arena with breathless journalists—and its 2018 F-150 pickup, an updated version of the perennial best-selling vehicle in America, is relegated to a mere warm-up act.

Instead, company honchos William Clay Ford and Mark Fields touted today’s catch-all buzzword of “mobility” at the North American International Auto Show, everything from its benefits to humankind to equally wondrous 20-percent profit margins Ford expects to reap from the segment. That’s exponentially more than Ford makes on cars, whether that's pickups from Motown or made-in-Mexico Fusions.

William Clay Ford, executive chairman of the company founded by his great-grandfather, got right to it: Mobility, he said is “a basic human right,” at least when it affects human needs. From food delivery (no, not first-world pizza) and health care to urban pollution and gridlock, all of it falls into the mobility discussion.

Ford Chief Executive Mark Fields took up the grandiloquent theme by touting Ford’s City of Tomorrow initiative, complete with graphics that envisioned a gridlock-free Oz rather than a dystopian L.A. of Bladerunner. Fields noted Ford’s recently acquired app-based Chariot shuttle service, already operating in Austin and other cities. Ford is also backing a massive expansion of bike sharing in San Francisco via its GoBike program, with Ford-logoed bicycles assembled here in the Motor City. Not long ago, the specter of Ford putting people on two non-motorized wheels would have seemed as surreal as Pat Robertston hosting a gay parade in the Castro.

Ford is also partnering with Bloomberg Philanthropies and the Aspen Institute in a program for mayors around the globe, working to prepare their major cities for an expected onslaught of autonomous vehicles. Michael Bloomberg, the former three-term mayor of New York, remotely joined Ford and Fields, projected on a jumbo video screen. The founder of Bloomberg Philanthropies offered a plug, telling Ford, “You’ll be happy to know, I came to work today in my Lincoln SUV.”

As for the hoi polloi who can’t afford to pay for (or park) a fleet of Navigators, Bloomberg said the initiative has already roped in mayors of 10 cities, including Los Angeles, Paris, London, Buenos Aires, Austin, and Nashville.

Ford also worked to hog the spotlight on this opening day of media previews, inviting journos to both an afternoon TED talk and a subsequent discussion that includes five big-city mayors, including Rahm Emanuel of Chicago and Detroit’s Mike Duggan.

Walter Isaacson, president and CEO of the Aspen Institute and Steve Jobs biographer, appeared onstage to lob a few softballs at the Ford executives. After Isaacson described William Clay Ford as a longtime visionary in transporation, Ford outlined key production visions in his company’s crystal ball: Autonomous cars and expanded green space in cities that require less parking; connected vehicles; wearables that will let people interact with their cars and mobility systems; even drones, including what Ford described as future “flying autonomous vehicles.”

Aiming at Fields, Isaacson asked if autonomous cars would mean that people could not or would not own personal cars.

“Absolutely not,” Fields said, finally affirming what we once figured was the point of an auto show, and the messaging of automakers like Ford—at least before BMW pioneered the idea that carmakers were now “mobility companies” instead.

Almost as an afterthought, Ford also revealed an update of the F-150, which might have been feeling taken for granted amid all the mobility talk, if the profit-minting pickup had the purported self-awareness of autonomous cars. The 2018 F-150 will go on sale this fall, including its first-ever diesel engine option, a standard stop-start system, and a new, 3.3-liter naturally aspirated base V6. Ford also confirmed that the long-awaited Bronco, a manly, midsize off-roading SUV, will return to the lineup in 2020, to be built at the Michigan Assembly Plant that's losing the Focus to Mexico. That plant will also build an all-new midsize Ranger pickup as a 2019 model. But Ford showed neither the Bronco nor Ranger, not even teaser images. The blue-ovaled Ford bicycles featured prominently. Detroit must be one of those Cities of Tomorrow, because we scarcely recognized it today.