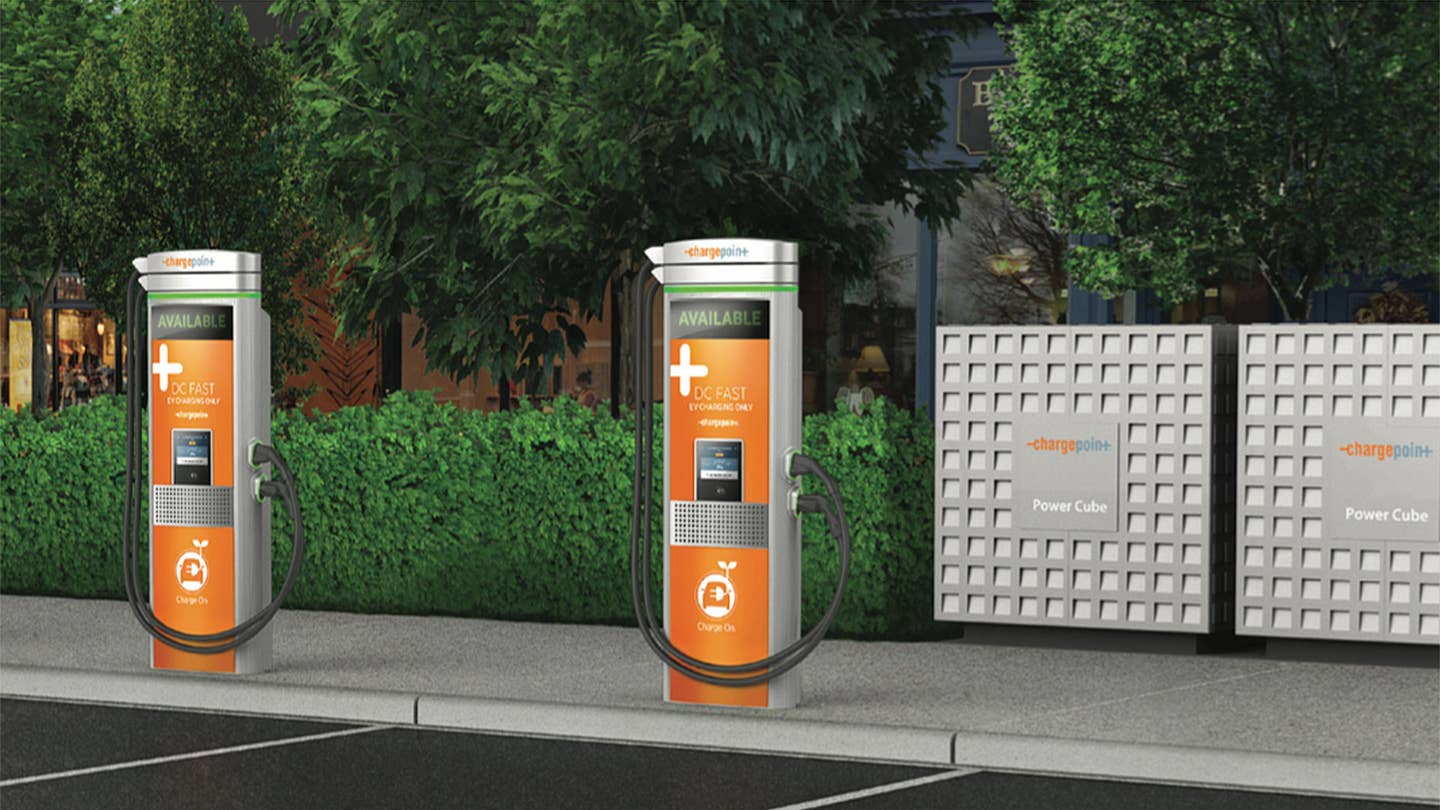 The days of waiting around for hours for your electric car to charge may be over sooner than you think. Electric car charging company Chargepoint has unveiled a new lineup of EV power-up devices called Express Plus that are capable of delivering up to 400 kilowatts of power to a single vehicle—and the devices will be available in just a few months’ time.

The Express Plus system, which Chargepoint launched at CES, is designed to be a modular electric vehicle charging solution for both personal and commercial vehicles both today and in the future. It’s capable of re-powering vehicles with battery pack voltages ranging from 200V–1,000V, and can operate at outputs anywhere between 50 kW to 400 kW. (If deep dives into EV charging get you all excited, you can check out more on the system here.)

A 400-kW charging station would put pretty much every other public electric vehicle charging facility to shame. Tesla’s vaulted Superchargers currently operate at 120 kW, according to the company (though Elon Musk recently tweeted that future ones could operate at more than 350 kW). The new units will also be far, far faster than the ones Chargepoint, BMW, and Volkswagen announced last September they would be saturating the East and West Coasts with, which top out at 50 kW—which is still speedy enough to add roughly 200 miles of range per hour.

Indeed, they’ll even be faster than the network of hyperfast 350-kW chargers Chargepoint announced it will be teaming up with a range of automakers to roll out in Europe starting this year.

Never mind, of course, that there are currently exactly zero electric cars on sale capable of guzzling electrons at that rate. But having the infrastructure in place could be a boon to future EVs; Porsche has promised the upcoming Mission E, for example, will likely be capable of sucking up power at close to 400 kW, and if Tesla is planning Superchargers capable of more than 350 kW, you can bet your bottom dollar the company will roll out a car capable of dealing with that kind of juice.

But even the best numbers Chargepoint’s Express Plus can post still don’t make it the fastest EV-charging platform on the planet. That honor goes to Geneva’s super-speedy bus chargers, which operate at up to 600 kW and enable the mass-transit vehicles to pick up a usable dose of range in 15 seconds.