This Is the High-Tech Skeleton of McLaren’s Next Supercar

It may not look like much, but it’ll be the core of the carmaker’s future. 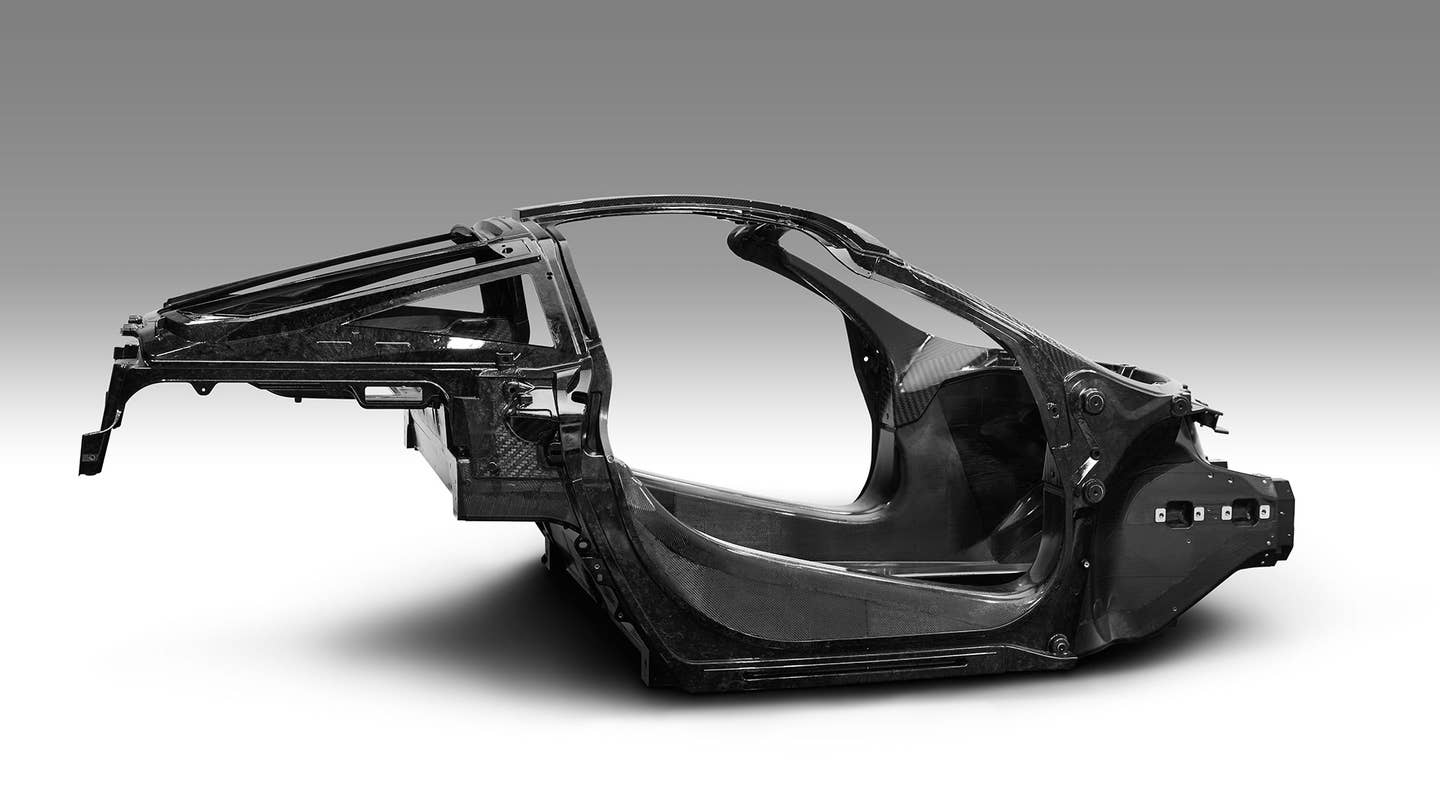 The picture you see above may not seem particularly special, but it represents a sea change for the supercar builders in Woking. That chassis represents the carbon-fiber core of the second generation of McLaren sports cars—and the first one of those will be a replacement for the 650S.

The new Super Series, as McLaren calls its middleweight contenders for the supercar crown, has been developed under the code-name P14, but it will almost certainly boast a sexier alphanumeric name when it makes its formal debut at the Geneva Motor Show in March. Thanks to the new Monocage II architecture seen here, the second-gen Super Series will weigh in without fluids at 2,823 pounds—roughly 40 pounds less than the 650S’s dry weight.

But the advantages of the Monocage II skeleton over its predecessor chassis aren’t limited to weight loss. The new bones enable future McLarens to have a lower center of gravity than the current cars, improving handling; it also enables easier entry and exit, a fact sure to be appreciated by anyone who’s dragged  their legs over the massive door sills of the current lineup. Buyers who want to show off the new carbon-fiber structure will even be able to check a box on the options sheet that leaves the inside of the A-pillar free of upholstery, revealing the structure behind it.

The new Super Series model will be the first of 15 new models and variants McLaren plans to crank out over the next six years, as part of the carmaker’s ambitious “Track22” business plan. The company has already admitted that plan includes a new three-seat gran turismo hypercar; it may also involve building an all-electric performance machine that would sit just below the P1 in terms of absolute performance.

The Geneva debut will also mark the first time McLaren will reveal a successor to one of its current models, a fact that would certainly make Ron Dennis proud...y’know, if he still worked there.