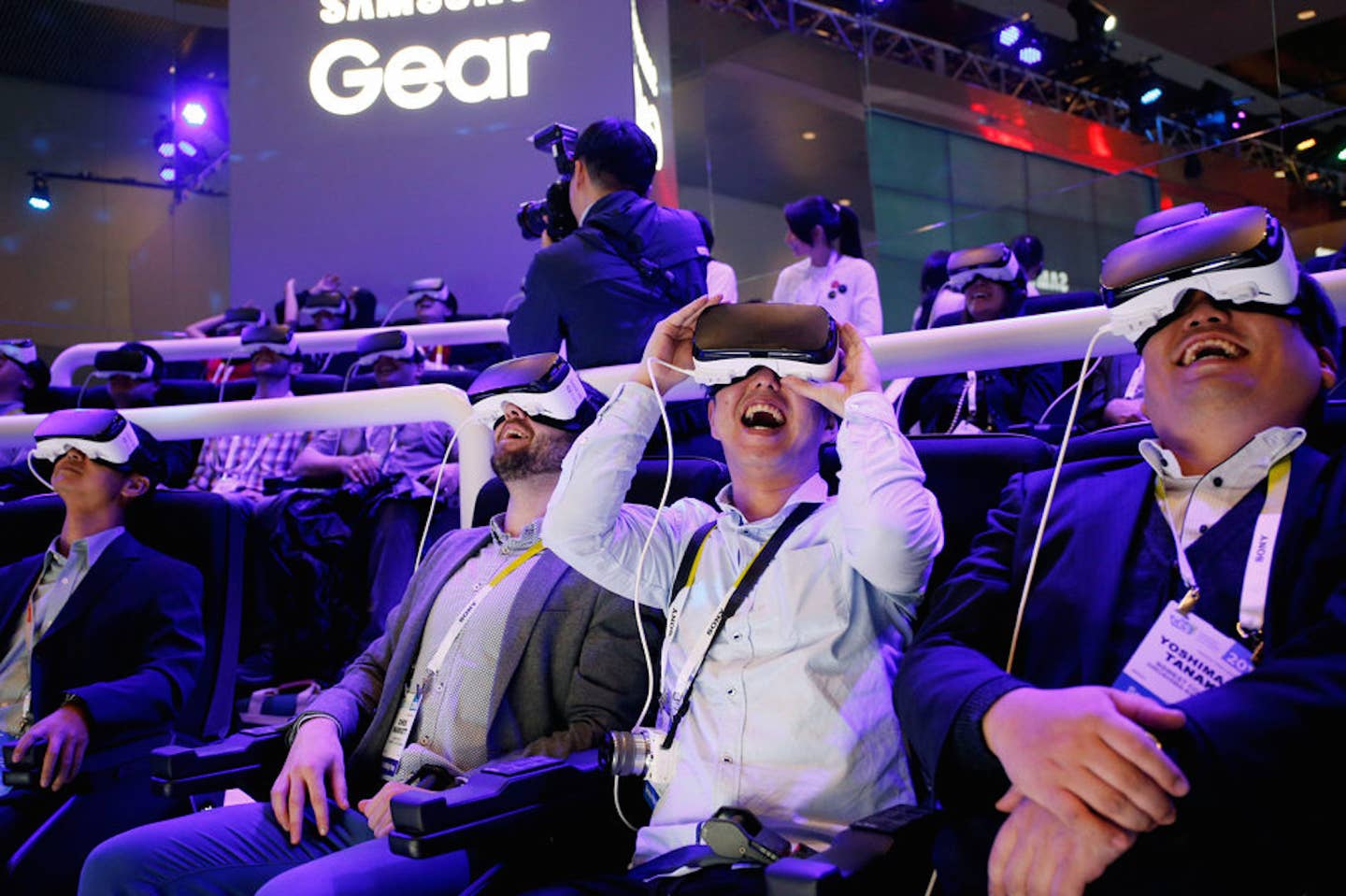 Here's a guarantee: The 2017 CES (formerly called Consumer Electronics Show) in Las Vegas will reveal the latest in gadgets, computers, phones, drones, and cars. But before you binge on the latest in quadcopters and connected wearables, keep your eye on the bigger picture: automobiles are the largest mobile devices on the market today, and feature the most cutting-edge technology in the consumer world.

You may be surprised to discover that it's the big guys, and not the startups, that are pulling much of the innovation weight in the mobility sector. Take in this short list of what to expect from automakers, and how what they announce this year will reshape mobility—or, at the very least, driving as you now know it.

Fiat-Chrysler is expected to debut a fully electric version of its Pacifica minivan, and potentially an electric Maserati sports car, according to Bloomberg. But CES could also be the perfect backdrop to announce formally its partnership with Waymo to create a ride-sharing service in Michigan (and maybe other locations), which everyone knows is coming (just tell us from where to download the app and how much driverless taxi rides will cost).

Mobility is a catchall phrase, but in Honda's ecosystem, it means a concept motorcycle and the emotion-sensing NeuV concept autonomous commuter vehicle that it will show off at the 2017 CES. But could it also mean a formal announcement of its partnership with Waymo, and potentially an autonomous ride-hailing pilot program? The Drive thinks so.

The self-driving Ionic that Hyundai revealed at the 2016 Los Angeles Auto Show has reportedly been doing practice laps around Las Vegas in preparation for its announcement at the 2017 CES. The company will shine the spotlight on its low-cost autonomous vehicle strategy to demonstrate that the self-driving technology will come to the mass-market at the same pace as luxury vehicles.

Carlos Ghosn, Nissan CEO and newly named chairman of Mitsubishi Motors, is promising a substantial announcement at his keynote address at the 2017 CES. Details are scarce, but the CEO promises he "will discuss a major technological breakthrough in the realization of a zero-emission, zero-fatality world for everyone." That likely means the long awaited second generation Nissan Leaf equipped with autonomous technology, which hopefully will have a much larger battery and driving range.

The semiconductor's co-founder and CEO Jen-Hsun Huang will give 2017 CES's pre-show address, and will take the opportunity to break news in some of the areas we’re focused on: artificial intelligence, self-driving cars, virtual reality, and gaming. News outlets are reporting rumors of a revised Shield Android TV set-top box at CES 2017, but The Drive is more interested in taking a spin in its self-driving vehicle that will be on display in the "Autonomous marketplace."

The company is expected to show off the “UX” concept vehicle, announce its framework for connected car telematics, and potentially reveal its re-architected infotainment system, which most likely still will not feature Apple CarPlay or Android Auto.

All eyes are on FF after it failed to produce its electric Tesla-killer at the 2016 CES. The company will unveil its electric SUV, and has been teasing its upcoming reveal in a series of photos and videos. The company says it's quicker than a Tesla Model S, has NASA-inspired seat technology, and will have autonomous capability—but the company's success will likely hinge on curb appeal.

Remember these old fellas? German manufacturers have been particularly resistant to touch-screen interfaces, often citing finger smudges as a reason to embrace the dial. This is where BMW's HoloActive Touch system comes in, enables vehicle occupants to physically interact with a virtual interface in a more familiar touch-screen-esque way without leaving fingerprints behind.

Ford will bring its second-gen autonomous Ford Fusion Hybrid vehicle to 2017 CES as proof if its commitment to introducing a fully autonomous Level 5 vehicle in 2012.

The automotive supplier will introduces its biometric key for vehicles, which uses the driver's fingerprint in addition to a key to create a two-step authentication process that should cut down on automotive thefts.

The companies joined forces earlier this year to develop autonomous vehicle technology that could make its way into production vehicles in the near future. To show off its progress, the partners will take its autonomous Audi Q5 on a 6.3 mile road test on the streets of Las Vegas, in what the partners describe as the "most complex, real-world demonstration."

The Japanese automotive supplier has invested heavily in artificial intelligence and human machine interface technology in recent years, and will show off some of its recent advances, including its Holographic Haptic Controller, which enables vehicle occupants to control some electronics systems without touching buttons, and V2X (vehicle to vehicle and vehicle to infrastructure) technology, which CES attendees can explore through its "Virtual Reality Experience."