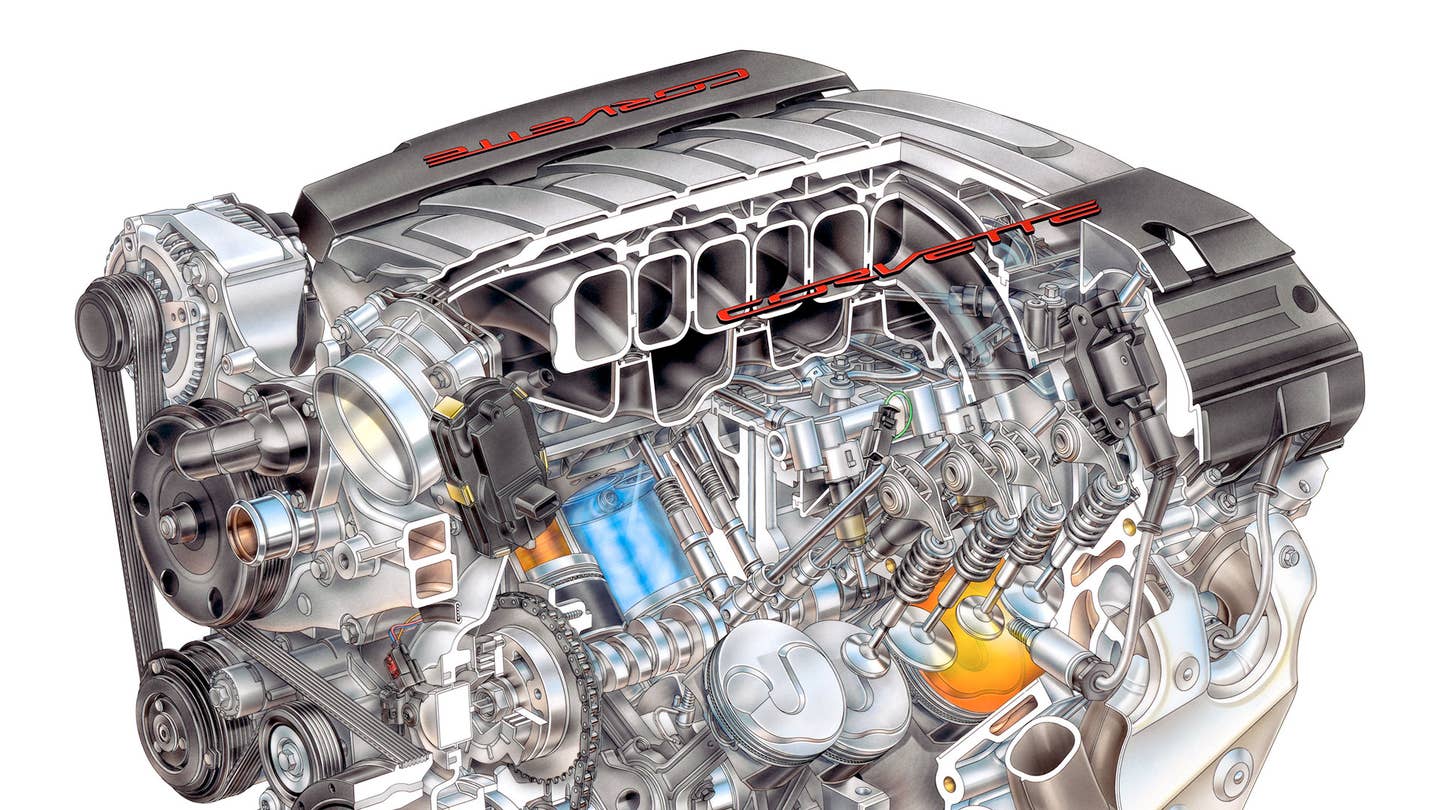 The next year or two should be particularly interesting for Corvette fans. As far as we can tell based on spy shots and word-of-mouth, General Motors has not one but two high-performance takes on Chevy’s sports car spinning in the tubes and ready to fire: a track-attack version of the current C7-generation car likely named ZR1, and a mid-engined C8 that can best be described as “revolutionary,” insofar as it might actually inspire an armed uprising among Corvette loyalists.

And it now appears one of those two cars will be powered by a new, dual-overhead cam V8 that dusts off one of the renowned engine codes from Corvette history.

That’s not a rumor—that’s straight from General Motors itself, albeit in a somewhat circuitous way. As a poster on reddit discovered, tucked away on the fifth page of a recent GM service department document detailing the internal codes the company will use for its 2018 model year vehicles sits a table called “Passenger Car Engines for GMNA,” and at the end of the table lies the description of an utterly alien engine: ENGINE GAS CYL, 6.2L, SIDI, DOHC, VVT, ALUM, GM, It’s listed with the book code “Y,” which in internal GM parlance means it will only be available in the Corvette. And it has its own internal name: LT5.

That name should be familiar to any Corvette fanboys—it’s the same designation GM gave to the only other DOHC V8 in the ‘Vette’s history, the Lotus-designed aluminum-block motor found in the C4-generation ZR-1.

The current Corvette motors—the naturally-aspirated LT1 and the supercharged LT4—are both still listed as being in the Corvette lineup come model year 2018, so it seems unlikely that the new motor will be slotting into an existing model. Especially since, as we mentioned, the company has at least two new models coming, each of which could be a good fit for such a new motor.

The new ZL1 seems like the obvious choice, at first blush; after all, its forbear was the first to have a DOHC motor, and the two engines even share a name. But the more we think about it, the less likely that seems. If the new car is supposed to be the ultimate front-engined Corvette, it seems likely it would need to be the most powerful one ever—meaning it would need to outpower the 650-horsepower Z06. But the table entry makes no mention of forced induction...and we find it hard to believe even the wizards at GM’s powertrain department could pull that kind of power out of a naturally-aspirated 6.2-liter eight-pot.

The new mid-engined Corvette, on the other hand, already represents a massive break from tradition. Switching over to a DOHC layout is a small heresy compared to the idea of moving the engine behind the driver, so why not toss in an all-new engine while you’re throwing the baby out with the bathwater?

(Yes, we know that's the current Corvette motor pictured above. We obviously didn't have a picture of an engine GM hasn't officially announced yet.)