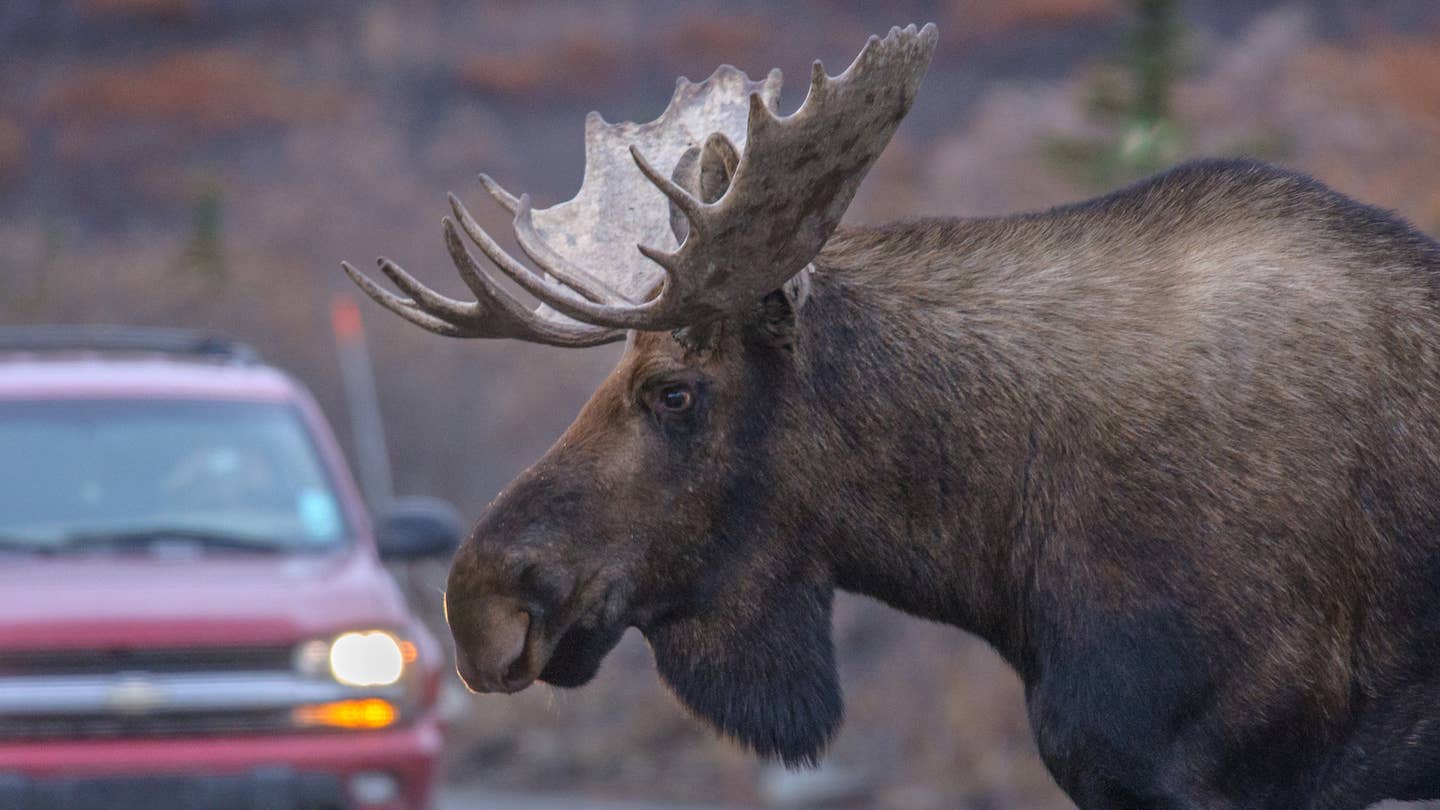 Officials in Western Canada have issued possibly the most Canada-esque warning ever, after multiple moose have been spotted licking the salt off vehicles in Alberta's Peter Lougheed Provincial Park: Don't mess with a moose if it's licking your car.

In winter, the moose frequently lick salt off of roads and cars if they cannot get adequate minerals from their natural diet. With food sources reduced in snowy conditions, and salt-covered cars abundant, moose tend to turn to the automobiles for nourishment.

If you should see a moose licking your car, park officials have issued a set of guidelines for how to properly, and safely, deal with the creatures. They advised patrons to stay roughly 100 feet away from the animal at all times; to use a car horn or remote alarm to deter the moose from continued licking. Finally—and perhaps most obviously—the authorities warned not to attempt to push the moose out of the way while on foot.

It’s definitely sound advice, and not just because pushing a moose will accomplish absolutely nothing. Though moose may look like gentle giants, they can easily become aggressive if provoked—and when that happens, said gentle giant turns into a half-ton battering ram. It’s not longer a question of if the big animal will ruin your paint job...but if you’ll have a car left when the moose is done.

The park is also requesting that guests report any aggressive moose behavior they happen to sight. You know, like two bull moose fighting on the side of the road. And in case you were only worried about moose engaging in this car-licking behavior, well, we've got bad news: You need to keep your eyes out for the bighorn sheep tongue-bathing your vehicle, too. Thanks, Canada.