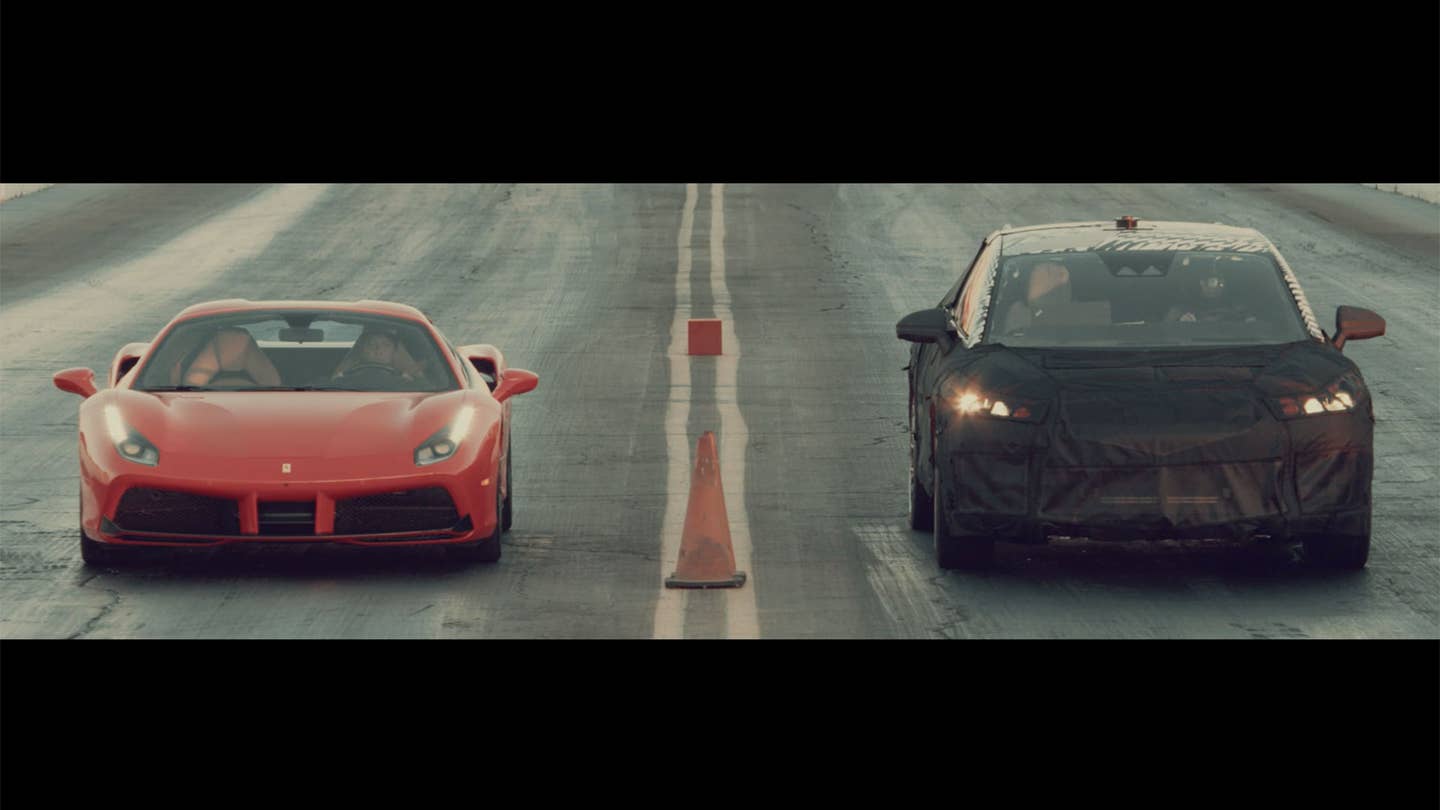 There’s no substitute for a good old-fashioned drag race. In its latest video teaser, Faraday Future is pitting its prototype against a Tesla, a Ferrari, and a Bentley Bentayga in a series of mano-a-mano drag races...in a manner of speaking.

See, while the clip clearly depicts a heavily camouflaged Faraday Future electric crossover/wagon/obloid people mover squaring off against a Tesla Model X P90D, a Bentley Bentayga, and a Ferrari 488 Spider, it doesn’t actually show, y’know, the races. There are plenty of dramatic shots of the cars squaring off at the starting line, a couple quick moments of them taking off, and then...a black screen telling the viewers to “Stay Connected.”

Still, assuming Faraday is giving the outsiders a fair shake in the races—and assuming the compandy didn’t make a video in which its car gets creamed in the quarter by the likes of its arch-competitor and a three-ton SUV—the cars it’s choosing to feature in the video give us a reasonable sort of estimate as to what sort of performance the FF will bring to the table. The Bentayga is the slowest of the three known commodities, but not by much; the big Bentley blitzes from 0-60 in 3.5 seconds and will run the quarter-mile in 11.9 seconds at 118 miles per hour. The Model X is barely faster, ripping off a 3.3-second 0-60 time and doing the quarter in 11.8 seconds at 118 mph. Independent tests of the Ferrari 488 are harder to come by, but most estimates peg it at 0-60 time of around three seconds flat and a quarter-mile time in the 10-and-a-half second range.

Therefore, by the powers of deduction, it seems safe to say Faraday wants us to believe its new crossover-y-thing can cook off a 0-60 dash in the mid-to-low threes, and a quarter-mile time somewhere within spitting distance of 11 seconds.

That, however, is contingent on the carmaker’s ability to actually turn out production cars. The company has been somewhat strapped for cash in recent months, and its plans for a Nevada factory are currently in doubt—not least because Nevada’s own treasurer doesn’t think it’s going to happen.

Nevertheless, Faraday Future has remained adamant that it will reveal its production vehicle at the Consumer Electronics Show in January. And hey, if Tesla has proven anything, it’s that a rocky start is no sure sign of failure in the EV startup business.