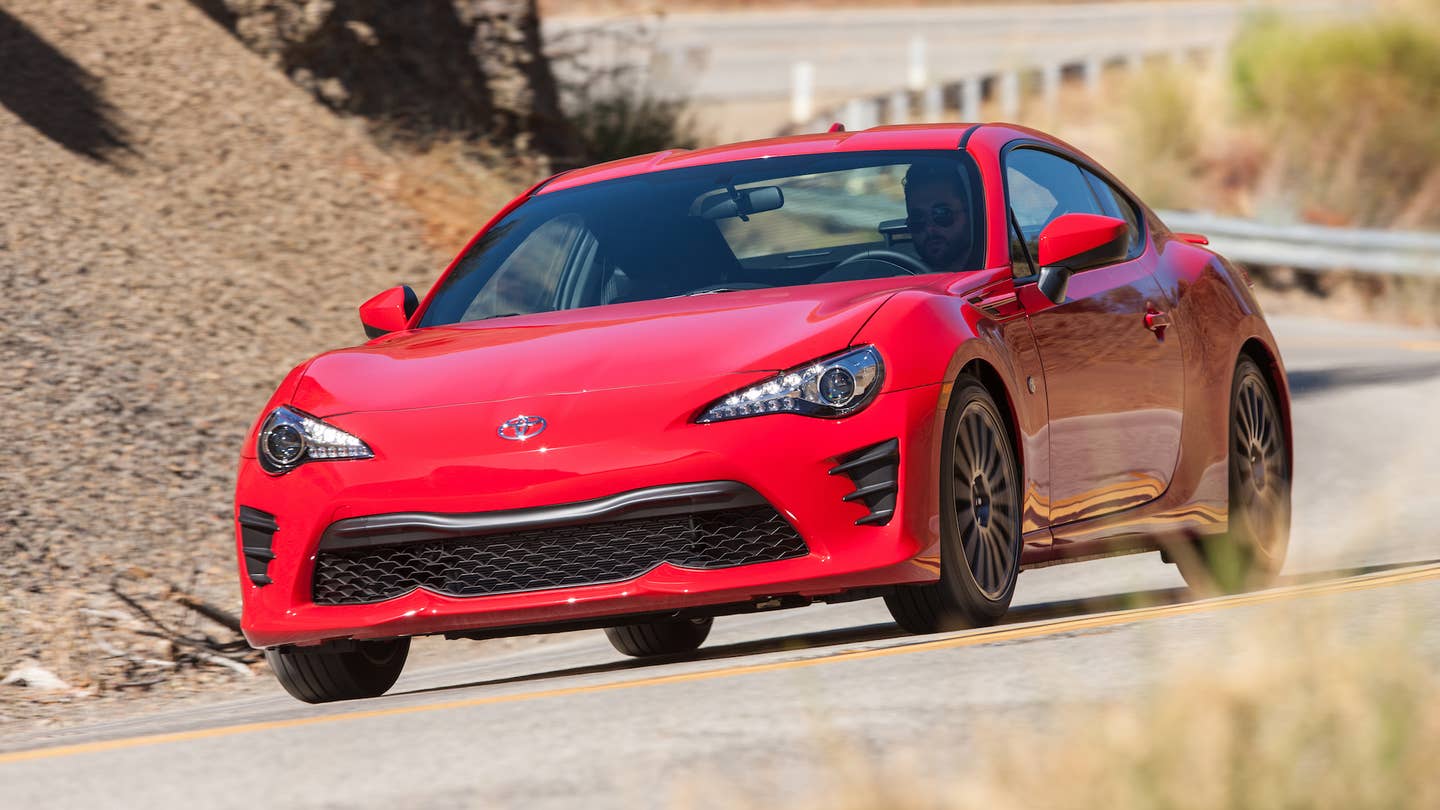 Seven years ago at the Tokyo Motor Show, the world met the Toyota FT-86 concept, the earliest result of Subaru and Toyota coming together to develop an affordable sports car. At the same show two years later, production-ready models of the Subaru BRZ and Toyota GT-86 were shown off, finally giving sports car-lovers who needed something relatively affordable an option (that wasn't another damn Mazda Miata). Now we're learning that the next generation of 86—as it's now called —will be here by 2019, according to a new report.

Toyota is currently plotting out the arrival of the next 86. In an interview with Autocar, Toyota's European head Karl Schlict explained that the process of creating the next-generation model is just now ramping up.

“The GT86 is at the stage where it’s being decided on the next one,” he said. “Then a chief engineer will be assigned and away we go.”

The 86 is an important car to Toyota enthusiasts. In America, the 205-horsepower coupe is the automaker's only rear-wheel-drive sports car, and one of the only reminders that the company has a long fun-to-drive past.

“The GT86 will carry on,” said Schlicht. “The car serves a big purpose. We are not getting out of that business. Sporty cars go through their phases. It’s our intention to continue with that car.”

Currently, it is unclear whether the automaker will continue to work Subaru like it did with the current 86 and BRZ, but signs point to yes.

“Will it be with Subaru?” said Schlicht. “I don’t know. But for the concept to carry on, with the low engine, we’d have to do that. There are a lot of reasons to continue with Subaru.”

“That co-operation is going well,” said Schlicht. “It’s on track. It’s being done in Europe. Our version is a different car from BMW’s.”

Sounds like Toyota has a solid sports car future lined up. That's good news to us—and should be to you too, if you like fun cars.