A car for someone who finds the Ferrari F12tdf simply too common. 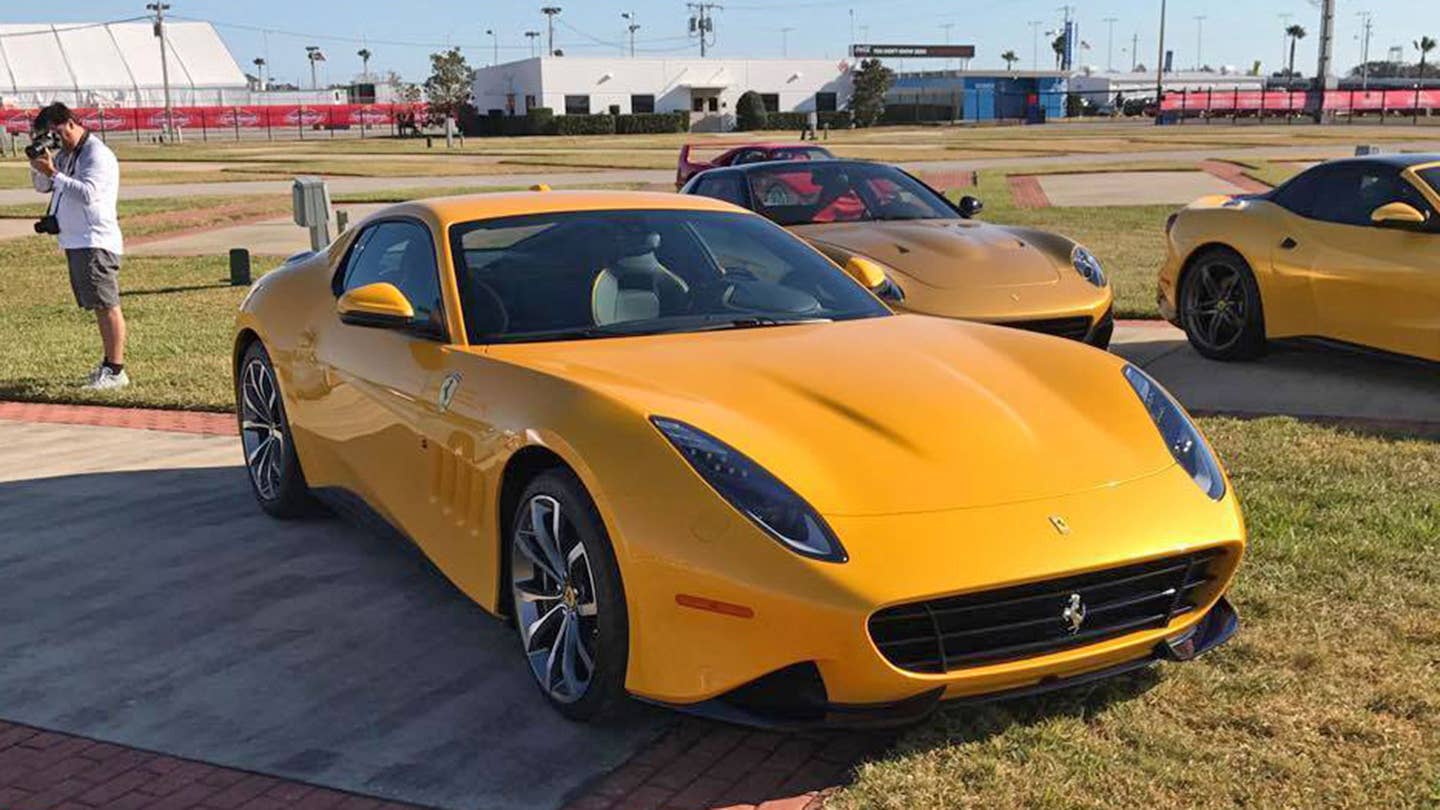 Unlike Ferrari’s regular supercars, which tend to be designed to please the eyes of the masses, the carmaker’s one-off Special Projects can often be, shall we say...not traditionally attractive. Beauty is, after all, in the eye of the beholder, and when said beholder is holding a check for several million dollars...well, Ferrari is more than happy to build a custom car that conforms to whatever that wealthy dude or dudette’s particular version of beauty.

The latest example: This golden nugget of a Special Projects Ferrari, an F12-based car reportedly known as the SP275 RW Competizione.

The car appears to have broken cover for the very first time earlier today, at the Ferrari Finali Mondiali in Daytona, Florida; a Facebook fan account known as Ferrari F12 TdF posted the pictures online, along with the car’s name. It’s unclear whether the car is based on the regular ol’ F12berlinetta or the limited-run F12tdf, but the girthy hips and prevalence of strakes across its sides leads us at The Drive to suspect the car is based on the latter, more badass model.

It’s also unclear which of Ferrari’s loyal (and very well-off) clients commissioned this honey-hued. However, in the images, the SP275 RW Competizione sits next to the similarly-colored P540 Superfast Aperta, a Maranello-made one-off from 2011 that’s based on the 599 GTB. According to Car and Driver, the P540 was made for Edward Walson, an entertainment industry producer who happens to be the son of the man who invented cable TV; considering Walson’s apparent love for custom V12 Ferraris and the color gold, we wouldn’t be shocked to learn he’s the owner of the SP275 RW Competizione...as well as the F12-based Special Projects roadster seen on the edge of some of these shots, which we’re also very interested to learn more about.