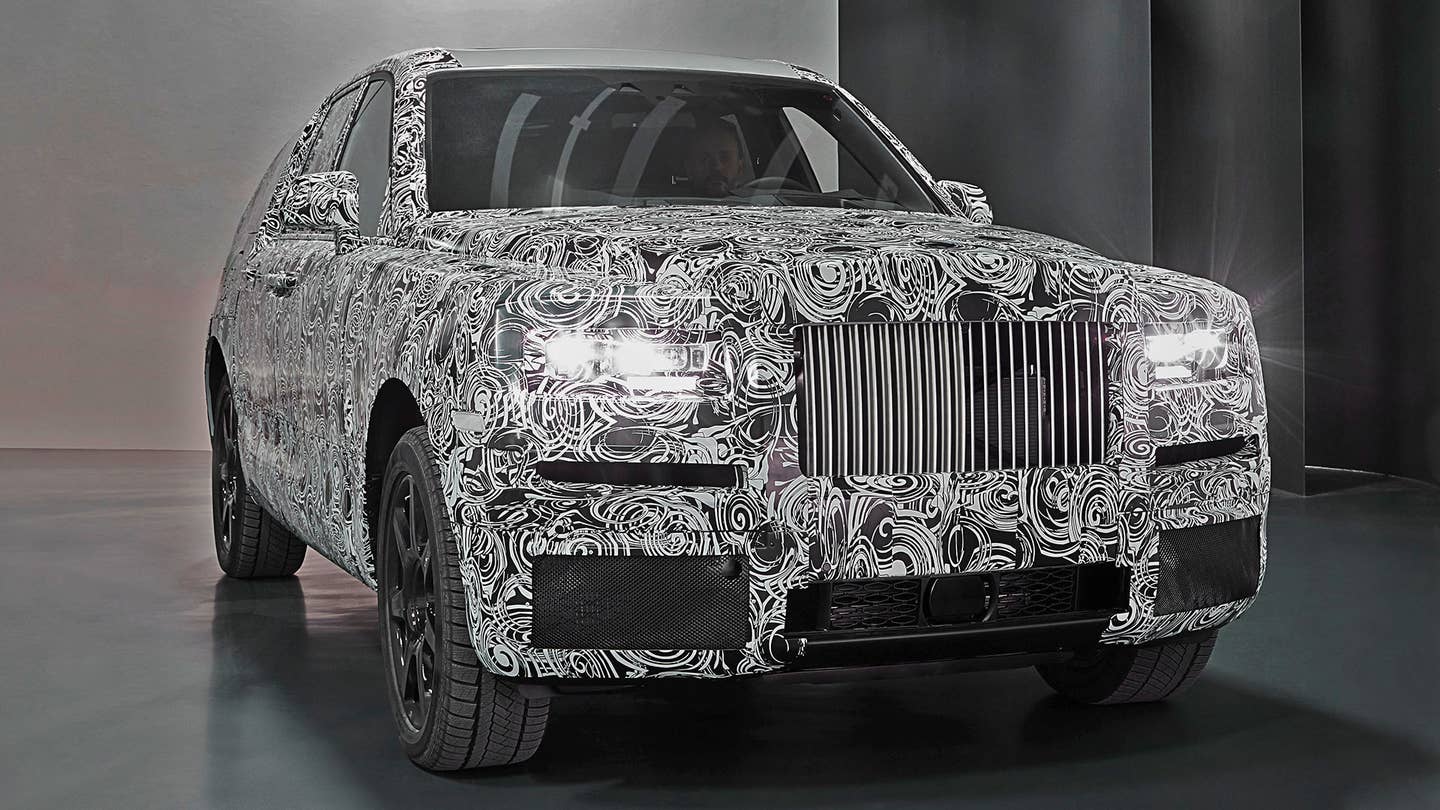 In this bizarre world we live in where the sedan is slowly dying and Porsche has become an SUV company that makes sports cars on the side, the idea that Rolls-Royce is building an off-roader isn’t quite the heresy it once would have been. And now that Rolls-Royce has given us a better look at the Cullinan, as it’s calling its new SUV...we actually kind of like it.

Rolls-Royce revealed the new official look of its camouflaged SUV prototype earlier today on the company’s media site, as part of the company’s efforts to “regularly inform its stakeholders about the progress of Project Cullinan.” As it turns out, the blocky styling cues that have become a staple of modern Rollers seems even better-suited to a slab-sided SUV than it does to the brand’s stately sedan.

In spite of its size, the Cullinan (or whatever its final name winds up being) will likely not be all that much weightier than some of Rolls’s current models, as the SUV will be the first model built on the company’s new aluminum architecture. It will also be the debut vehicle for the company’s new all-wheel-drive system, which we wouldn’t be shocked to see migrate to future road-going models to give owners chauffeurs peace of mind when the weather turns icky.

Rolls says the SUV—excuse us, the “all-terrain, high-sided vehicle,” as the carmaker prefers to call it—will soon be headed out into the wilds for its initial round of public testing. Cold-weather testing in the Arctic kicks off soon after Christmas; later next year, Project Cullinan will head to the deserts of the Middle East, where it will be subjected to brutal heat, shifting sands, and the drool of hundreds of lusting sheiks.