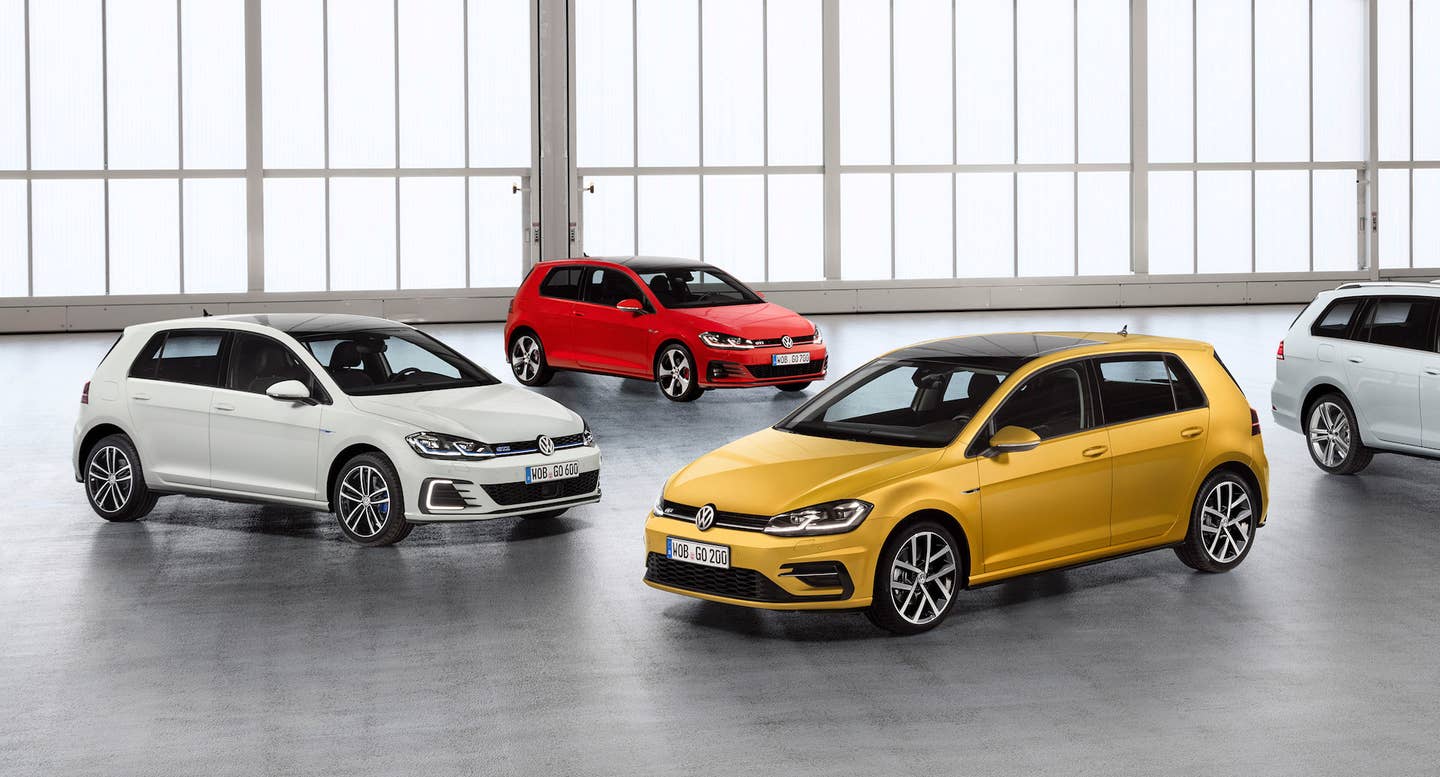 The trickle-down nature of automotive technology is on display once again. Volkswagen has lodged a boatload of tech formerly seen only on luxury cars into the Golf hatchback for the car's mid-life cycle refresh, the company announced Thursday.

The new Golfs and the sportier GTI will now come with the option of a 9.2-inch touchscreen with gesture control, similar to that on BMW's G12 7 Series. In the Discovery Pro trim level, the car comes brimmed with 10 gigabytes of solid-state media storage, two USB inlets, two SD card ports, and a DVD drive. Also, the standard analog gauge cluster can now be swapped for a 12.3-inch screen, like the Virtual Cockpit displays we've seen on some Audis.

A surplus of driver assistance safety features are available on the new hatch. The hatchback's City Emergency Braking helps prevent you from mowing down pedestrians; Traffic Jam Assist lets the car semi-autonomously keep itself moving through traffic at speeds around 37 miles per hour; and the car now offers Trailer Assist, which VW claims the is an in-class exclusive. (We'll take the company's word on that last one.)

The new Golf can be had with a new 147-horsepower 1.5-liter turbocharged four-cylinder engine with a cylinder deactivation function, or a more eco-friendly 128-horsepower motor. Both motors will be linked to a seven-speed dual-clutch transmission, replacing the previous six-speed DSG. The updated GTI gets its power output bumped to 227 horsepower and the optional performance pack sees a power boost to 241 horsepower.

From VW's press release, it's unclear if the car will be available with a manual transmission option in America. There is an image that shows a manual transmission gear selector inside a facelift GTI; however, it's captioned "European model shown." Still, we're guessing (slash-hoping) the company will keep the stick around for the U.S. market

Not much has changed on the outside of the new Golf. The bumpers and lights have been reworked across the lineup, and the optional Xenon headlights are being replaced with LED units.

We'll be sure to go all hands-on (or hands-off, rather) with that new Gesture Control system when we see the new Golfs at the L.A. Auto Show next week. 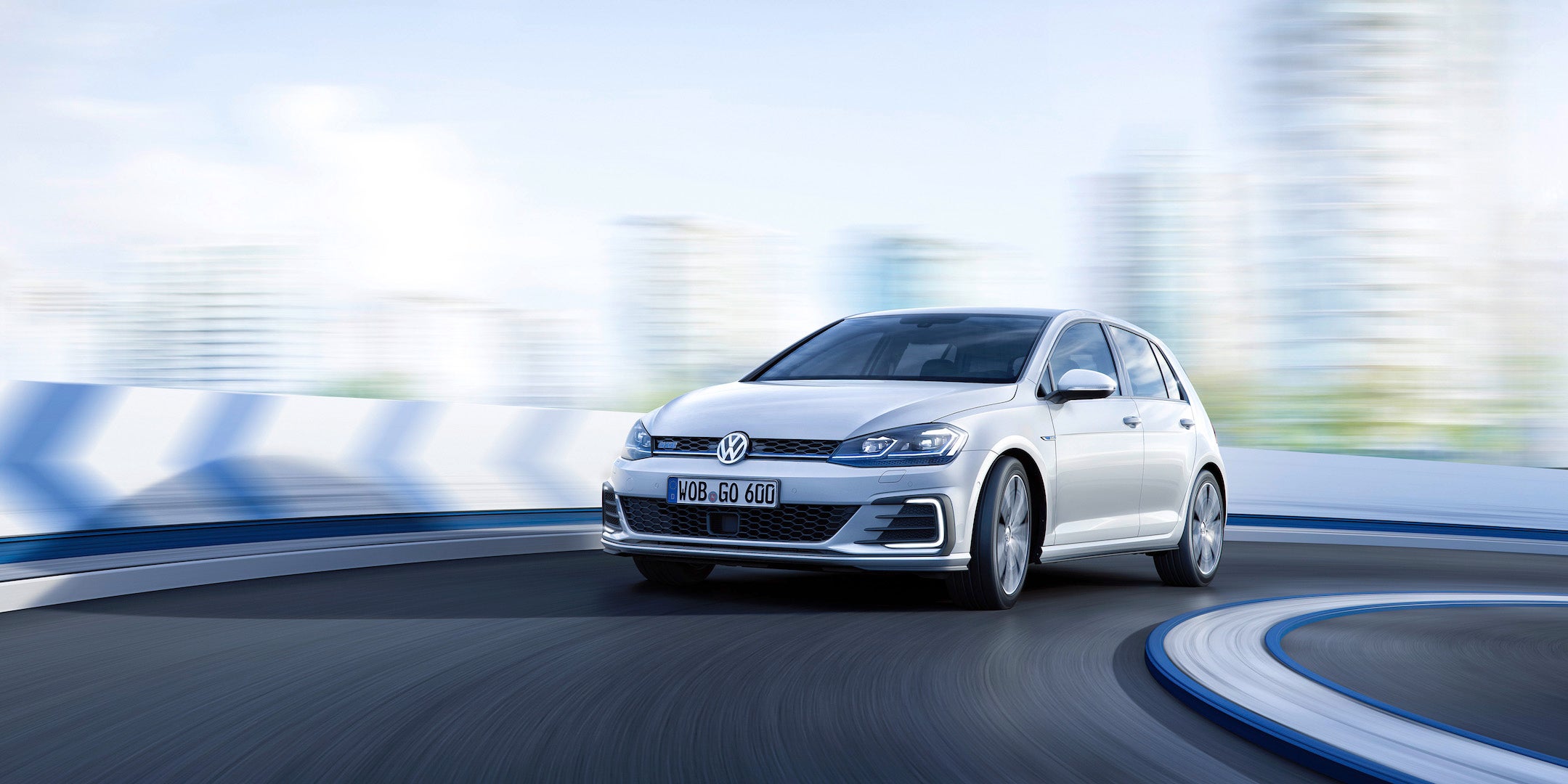 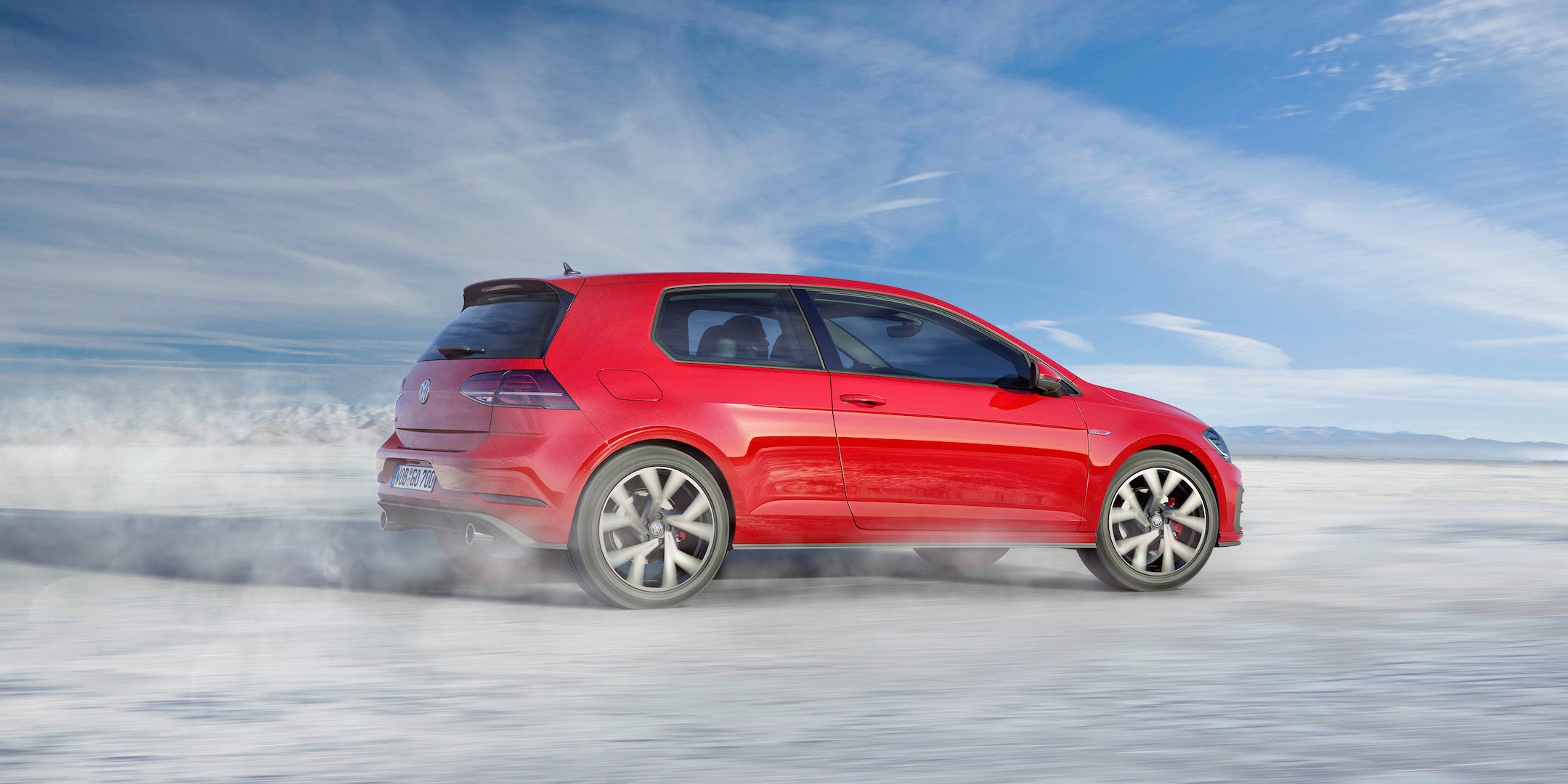 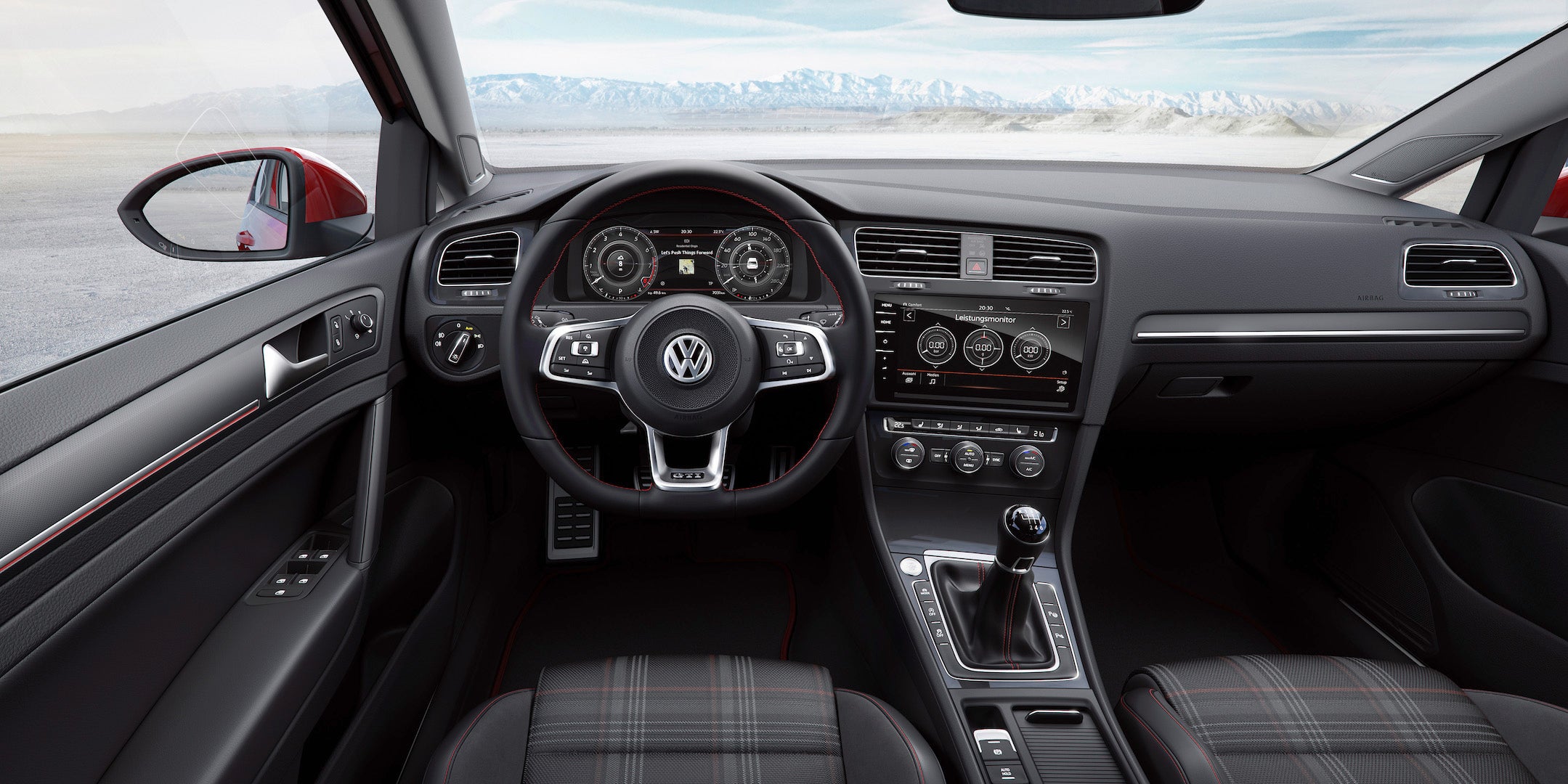 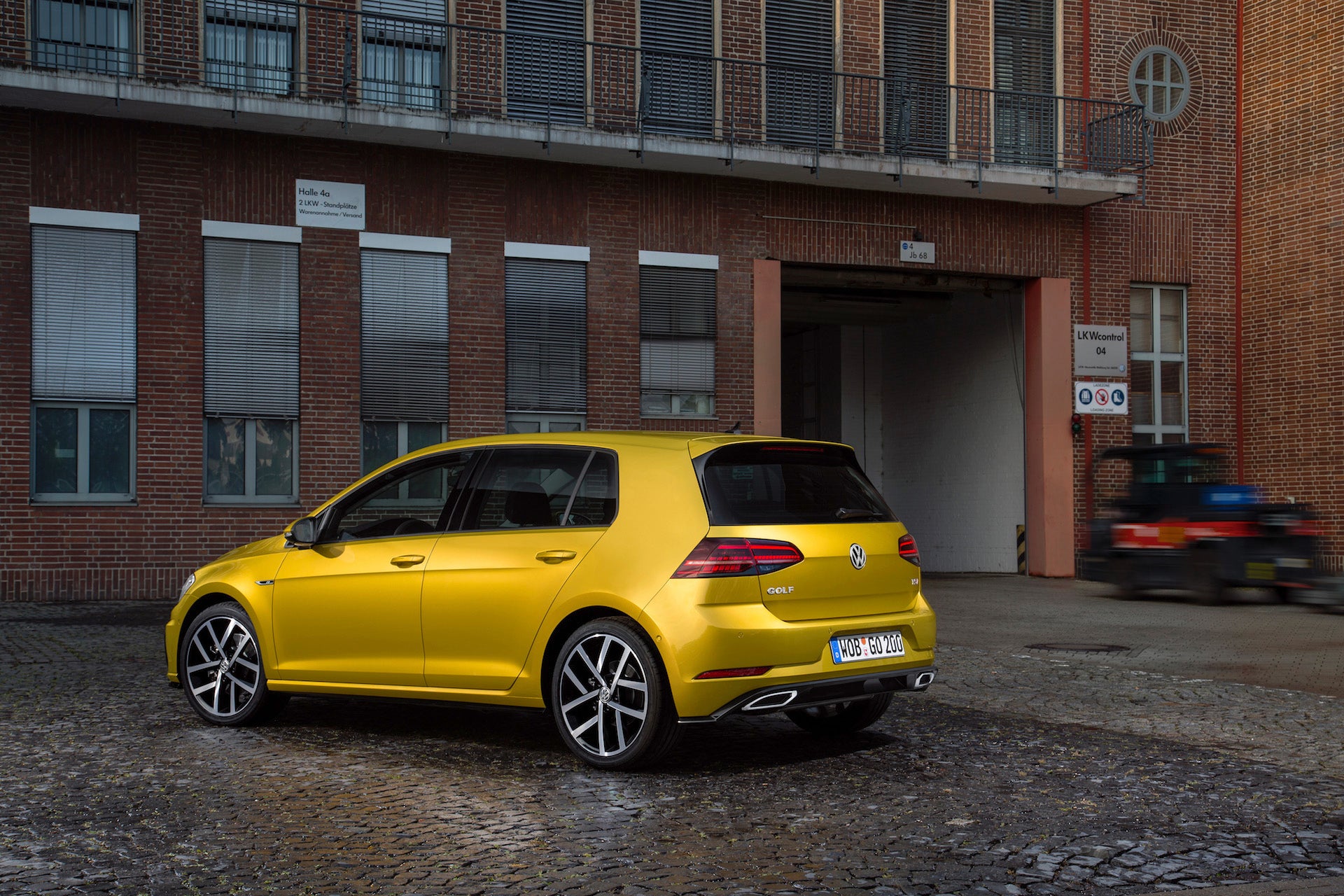 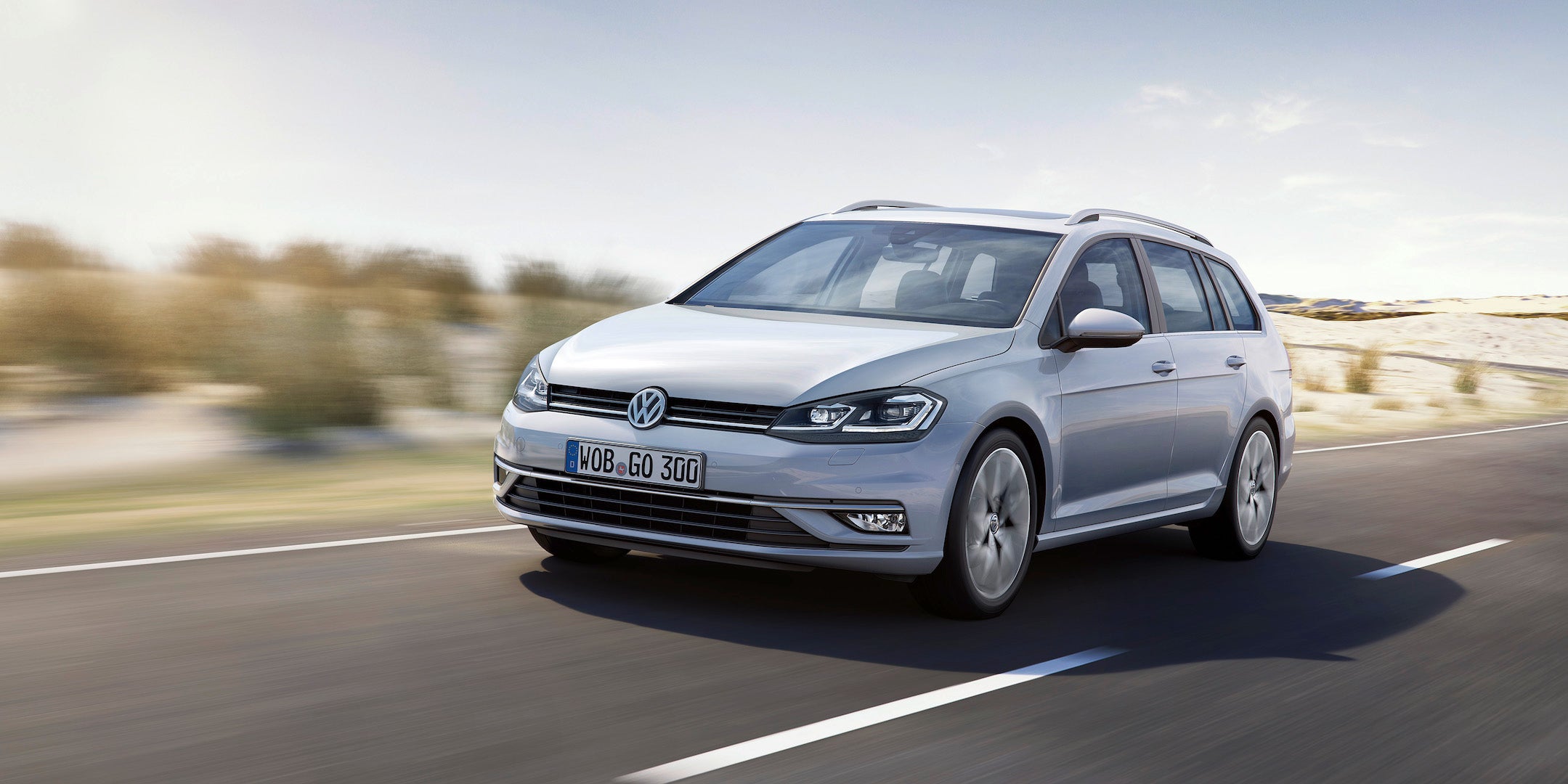