Though scientists are still trying to figure out how it doesn’t violate the laws of physics. 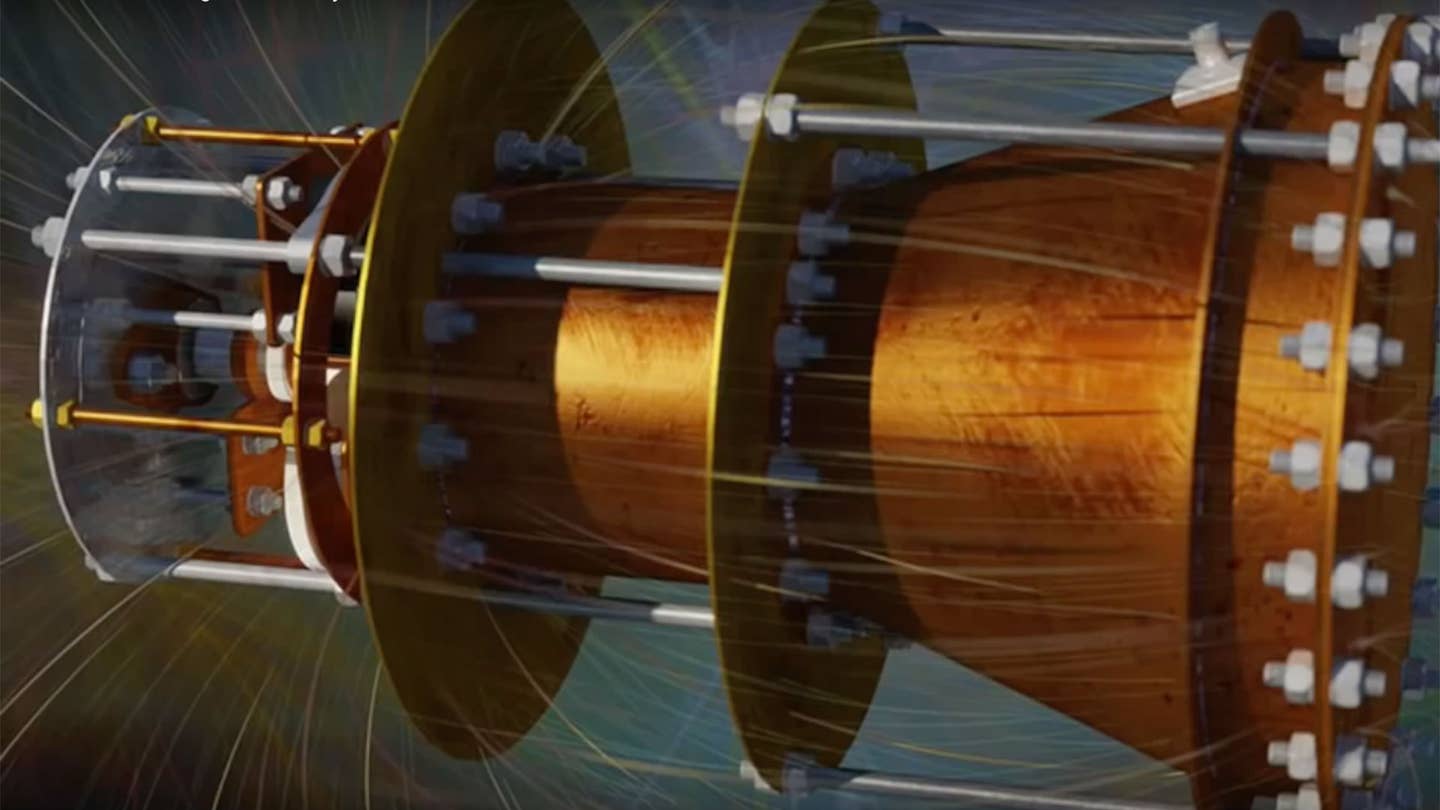 When a scientist announced last decade that he’d built a new form of spacecraft propulsion called the EmDrive that didn’t require conventional fuel, it sounded too good to be true. But the great thing about science is that you don’t have to take someone’s findings at their word; you can test it for yourself. NASA did just that—and while the space agency hasn’t officially released its findings yet, a leaked copy of NASA’s report reveals the EmDrive seems to work as advertised.

The EmDrive, which was demonstrated in 2006 by scientist Roger Shawyer, works by bouncing around microwave radiation within a cone-shaped piece of metal, known as a resonant cavity. Those photons zipping around inside the cavity, in turn, forces the cavity forward—along with anything else attached to it, like a spaceship—as the microwave energy bounces out the wide end.

It’s vexed scientists due to the fact that it appears to violate one of the fundamental laws of physics. Based on our current understanding of Newton’s Third Law of Motion—y’know, every action must have an equal and opposite reaction—the EmDrive shouldn’t work, as it doesn’t producing a material (as in, made of matter instead of energy) exhaust. Yet as NASA itself apparently discovered...in spite of ol’ Isaac’s beloved maxim, the EmDrive works indeed. (The report is still awaiting peer review, which is why we're discussing a leaked copy instead of the formally-published version.)

Now, if you’re picturing that scene from Iron Man where Tony Stark blows himself away with his own flight stabilizer, don’t get ahead of yourself. According to the paper, the experimental engine whipped up 1.2 millinewtons of force per kilowatt of energy. To put that in simple terms, you’d need about 900 times that to make an apple hover in midair under Earth’s gravity.

Still, by proving the basic principle is sound, the test seems to demonstrate that a scaled-up version of the EmDrive could be used for propelling spacecraft across the interplanetary vacuum without the cumbersome demands of hauling around massive amounts of fuel—a problem that poses one of the largest logistical issues for engineers planning missions to Mars.

Energy, on the other hand, is fairly cheap in space—all a ship needs to do is stretch out as many solar panels as needed and soak up all the free sunlight it likes. Indeed, with no atmosphere to mute the sun’s rays or claw at the bulky panels, panels are more efficient in the vacuum of space than they are here on our planet.

Indeed, the EmDrive could supposedly allow humans to reach Mars in as little as 70 days—far faster than conventional rockets. In which case, Elon Musk’s pie-in-the-sky dreams of rapid round-trips to Mars just might work out after all.