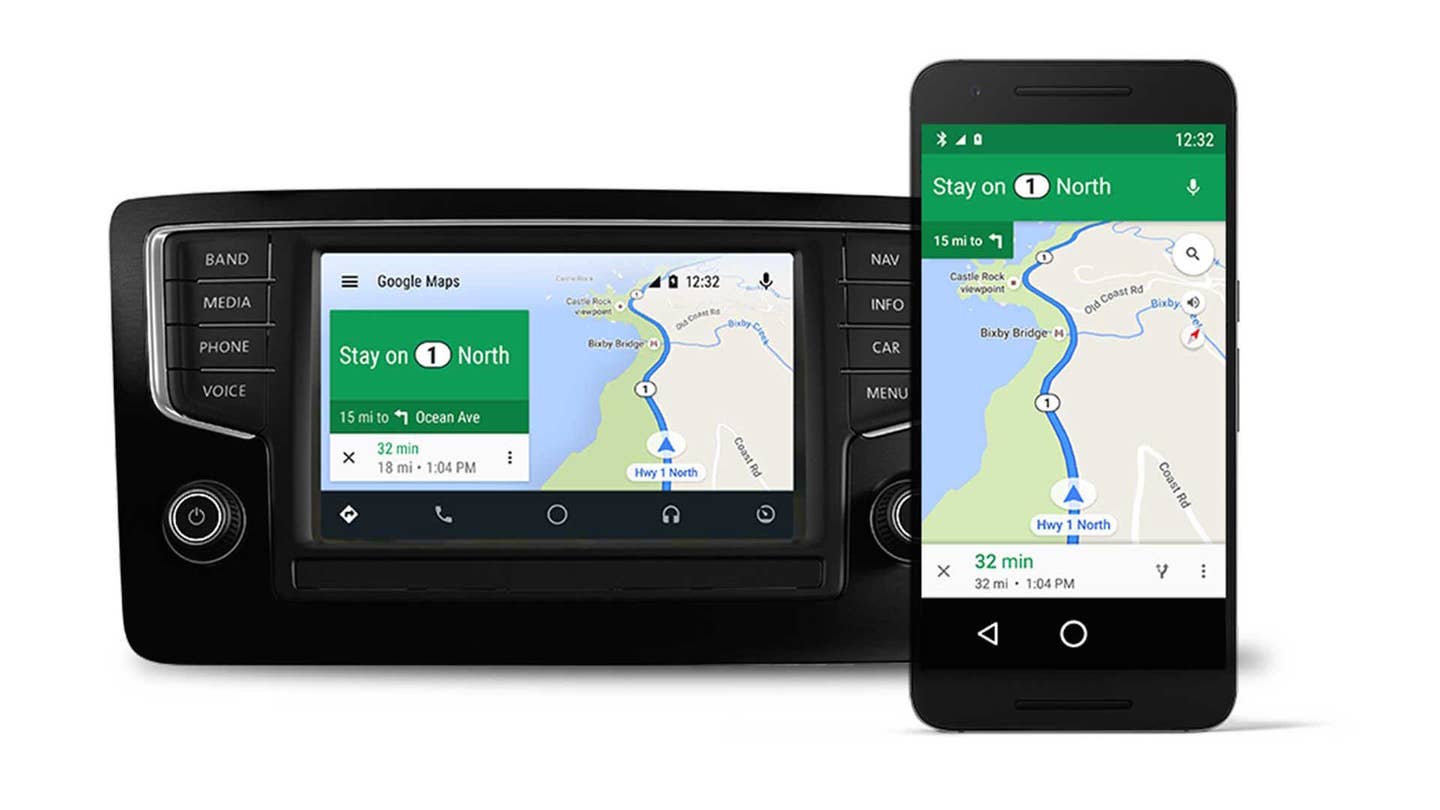 In the war for control of the infotainment system, Google may have just taken the lead. The Silicon Valley giant made its Android Auto app available on all Android phones, giving the driver-friendly interface to millions of drivers.

Today Google added a new feature to Android Auto that enables it to run full-screen on the phone regardless if it is paired with a vehicle's infotainment system—or if the vehicle has an infotainment system in the first place. It was the most common feature request from Android Auto users, according to Google spokesperson Kaori Miyake, and one so simple it begs the question, why wasn't it there in the first place?

Android Auto is a connectivity app that joins the main navigation, entertainment, and communication apps that a driver uses on a single screen for easier use and access while in the car. When running, these integrated apps all follow the same UI structure, offer simplified features, and use higher contrast and larger buttons for a more "driver-friendly" experience.

But why should only the newest cars benefit from this streamlined car-mode? That's the point of the recent update, which brings this functionality to all phones running Android 5.0. Prior to Version 2.0, Android Auto worked in only 200 models consisting of mostly 2016 and 2017 model years. This incompatibility with the majority of vehicles on the road frustrated many car owners who prefer using their mobile device as their primary navigation method, or were tired of switching between systems as they hop in and out of different vehicles.

Now the connected car experience is available in any car, and it's even easier to use than before. Google added the ability to launch Android Auto as soon as its paired with a Bluetooth device.

Logitec is designing a station with a magnetic holder that launches Android Auto upon docking, and the accessory will be available in a couple of months in retail outlets and Google Store. However, the app will work just fin in any docking station. And although hundred of apps are already supported, Waze is not yet one of them.

"It's in the works," says Miyake, as is voice commands using the hot words, "OK, Google," which will be available in a few weeks. Until then, users tap on the microphone to give a command. But that's a small tradeoff to get Android Auto in the car without having to buy a new one.