Another tragic casualty of Dieselgate. 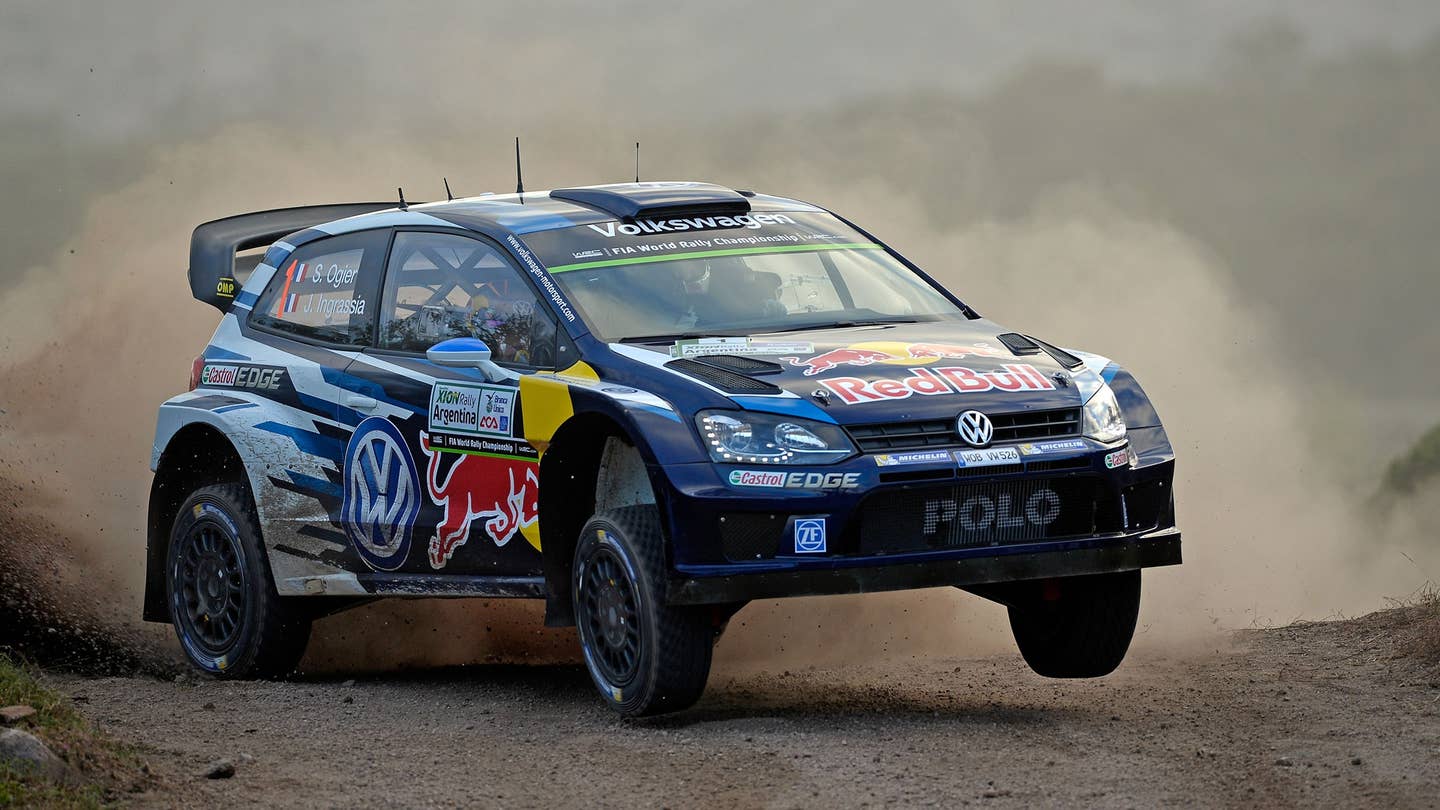 Hot on the heels of Audi announcing it would be pulling out of the World Endurance Championship, Audi’s parent company, Volkswagen, is definitively abandoning their wildly-successful World Rally Championship efforts at the end of the 2016 season, a senior source at the VW Group reportedly told Autocar.

According to Autocar, Volkswagen held a meeting this morning in Germany to determine the fate of the rally program, and decided to pull the plug. The 200 employees working on the project will be informed before an official announcement about the program's cancellation is made on Wednesday. Volkswagen will reportedly keep those 200 employees on the payroll, however, and their efforts will be refocused on other motorsports programs within the organization.

But what exactly those programs are remains to be seen. Audi's withdrawal from WEC takes the prototype program out of the equation, and Audi’s efforts in World Rallycross have not been confirmed as of yet. Autocar speculates that the employees from WRC could end up working on Skoda’s rally effort, another brand under the Volkswagen AG umbrella, or working on the VW Golf TCR for the TCR international series.

Volkswagen’s exit will leave a power vacuum within the WRC. The constructor has won 41 of the last 52 rallies contested from the start of the 2013 season onward, including an absolutely crushing 2014 campaign that saw them lose just one of the 13 races on the season. While the 2016 season has been their least successful since 2012, the team has still seen eight wins in 13 races so far, with a chance to make it nine-for-14 at the season-ending Rally Australia.

Volkswagen entered the World Rally Championship full time in 2012 after a partial season in 2011, and claimed the constructors’ championship in 2013, 2014, and 2015. Driver Sébastien Ogier has been a star for the team, taking four consecutive drivers’ titles from 2013 to 2016.

The VW WRC program and the Audi WEC endeavor are just two of the casualties of Volkswagen’s Dieselgate scandal that broke open more than a year ago. Volkswagen will be paying upwards of $14 billion in a settlement with the EPA over diesel vehicles that were programmed to cheat on emissions tests in the United States. This financial burden has caused Volkswagen to tighten its purse strings...even, sadly, at the expense of great racing programs.