Is This the Ferrari F12 Berlinetta’s Replacement? Almost Definitely

Camouflaged prototype testing ahead of an expected 2017 reveal. 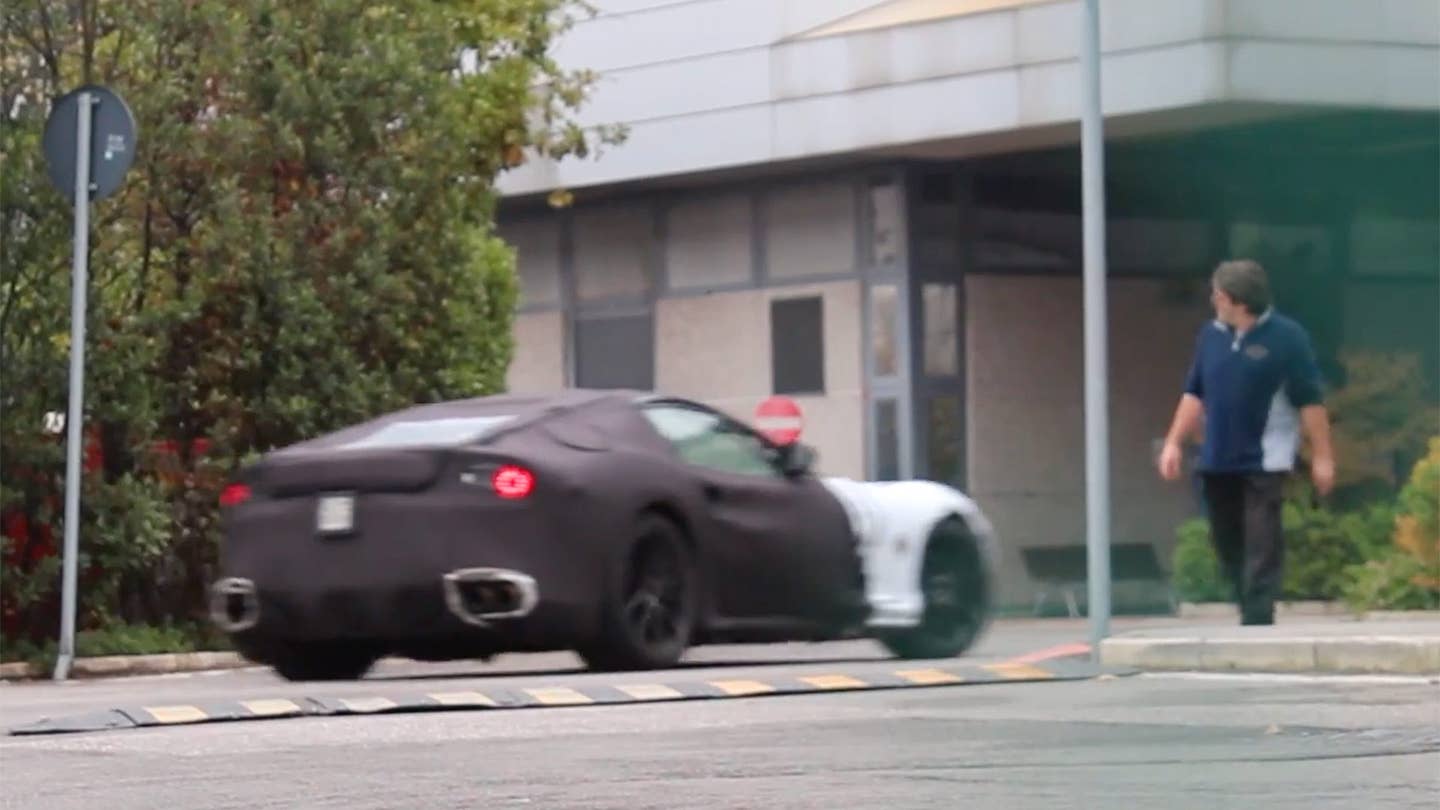 For the last few years, Ferrari has followed a model-release schedule that's roughly as regular as the tides—which makes predicting when future models will show their beautiful faces rather predictible. We know almost beyond the shadow of a doubt, for example, that the car seen in this video is the replacement for the Ferrari F12berlinetta; we can estimate with a fairly high degree of certainty that it'll arrive next year. In fact, we actually can take quite a few reasonable guesses about what lies beneath those thick black masks.

For starters, we know almost certainly that the car will be a mid-cycle refresh of the existing F12berlinetta, not a full-blown replacement model. The new Ferrari GTC4Lusso provides a decent template for what to expect: a slight power upgrade, more aggressive styling, a better interior, and a few new trick technologies.

The 6.3-liter V12's output will likely rise to somewhere between the 730 horsepower of the existing F12berlinetta and the 769 ponies of the F12 TdF. Don't expect to see any electric powertrain bits or turbos attached to that sweet, sweet naturally-aspirated screamer, either; the latest reports from Those In The Know claim Ferrari is holding off on bringing a LaFerrari-style hybrid powertrain to its front-engined V12 models until the next all-new cars, which should arrive around 2020.

The F12M, as the new model is being referred to until we discover what gramatically-unusual combination of letters, numbers, and names Ferrari pastes together for this car's moniker, will likely use Maranello's new four-wheel steering system, introduced on the F12 TdF and more recently applied to the V8-powered GTC4LussoT.

Based on the comprehensive amount of disguising material, we're guessing the new model's exterior has been tweaked in quite a few places; for example, there's a chance that camouflage over the back could cover up a Lusso-like quad-taillight arrangement that harkens back to the 550 Maranello. Inside, the F12M could receive the Lusso's new infotainment system...although given Ferrari's stated desire to distance its "sports cars" such as the 488 and F12 from its gran turismos such as the Lusso and California, we also wouldn't be surprised to see Ferrari keep the cockpit nice and focused.

So, when can we expect to see this new Prancing Horse in the nude? Well, the F12berlinetta arrived almost exactly one year after the FF burst onto the scene, so considering the all-wheel-drive hatchback was replaced by the GTC4Lusso back in February, we're guessing the F12M will be revealed in late winter 2017—a few weeks ahead of the Geneva Motor Show. Though if you want to be the first one on your block to plant this new pony in your driveway, you might as well head down to the local Ferrari showroom right now.