The Audi R8 Could Be Killed Off, Thanks to Dieselgate

Along with one of Audi’s most popular car platforms. 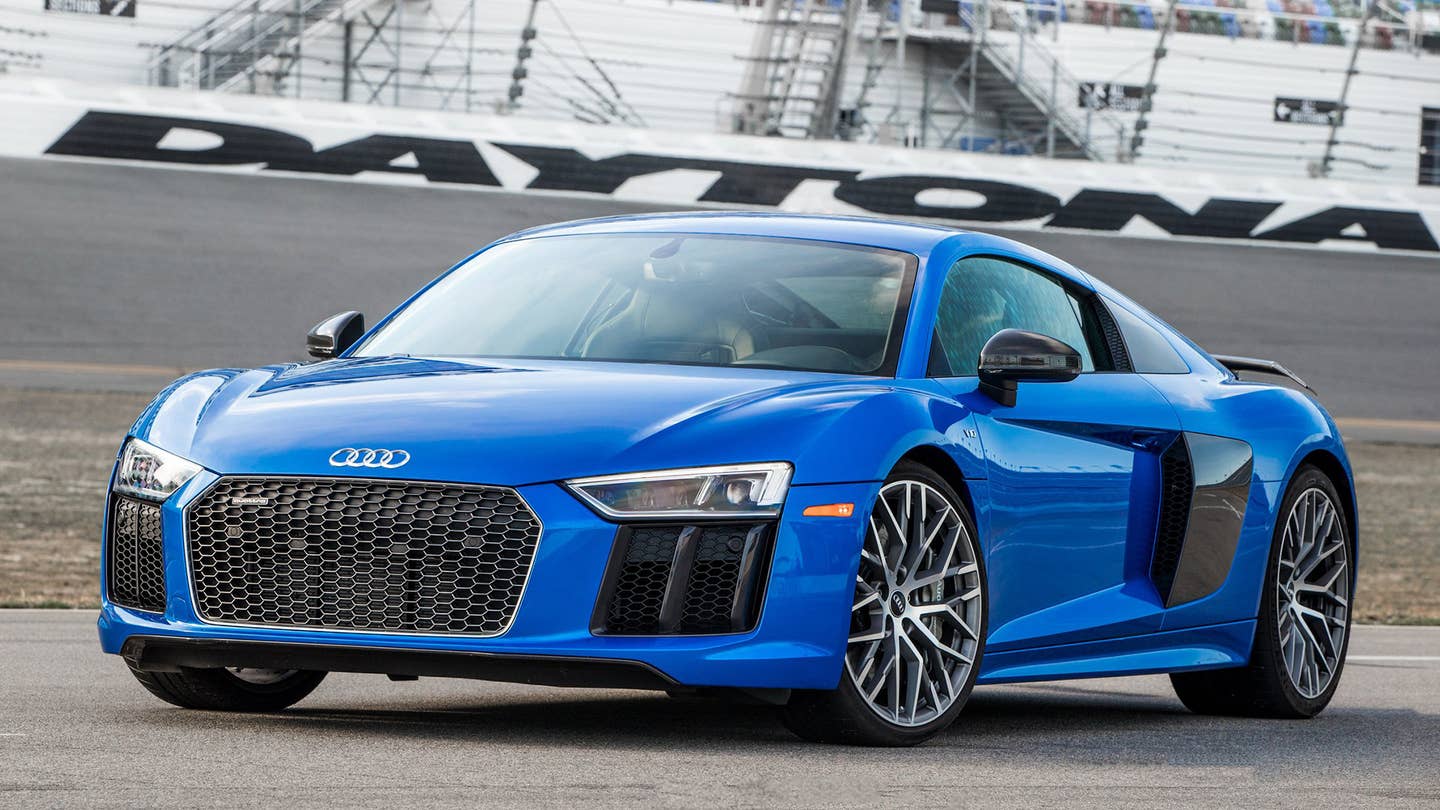 There’s been plenty of bad news in the wake of Dieselgate, but this could be the worst of it. The Audi R8 may be killed off as part of a vast cost-cutting plan at the German carmaker, brought about as a way for VW to recoup some of its losses brought about as a result of the emissions cheating scandal, according to media reports.

If accurate, the loss of the MLB (which stands for Modularer Längsbaukasten, or “Modular Longitudinal Matrix”) architecture would be a far bigger blow than the loss of the R8—certainly for Audi, and potentially to the other luxury divisions of the VW Group. In addition to serving as the basis for the A4 and every larger Audi sedan, MLB is also the basic skeleton of the Audi Q7 and the Bentley Bentayaga.

To make up for the loss of the popular platform, Audi would reportedly move the smaller models currently built on MLB, such as the A4 and A5, to the MQB platform used for transverse-engined VWs such as the Passat and Golf. Larger vehicles like the A6 would move to the MSB platform introduced on the new Porsche Panamera.

Adding insult to injury, Autocar also says Audi will also not be receiving a massive planned research center at its Ingoldstadt headquarters; the company will also lose out on a new wind tunnel and crash test facility. The carmaker is also reportedly considering pulling out of Le Mans racing, as The Drive reported last week.

While startling, the purported massive pullback at Audi isn’t without reason. Between the Dieselgate payouts and the VW Group’s massive push into electric vehicles in advance of its plan to sell three million EVs a year by 2025, the massive car conglomerate is looking to save money wherever it can.

Still...Audi, c’mon. You gotta find a way to keep the R8 around. You’re not gonna make Tony Stark go back to driving an Acura, are you?