It's almost offensive how big that spoiler is. 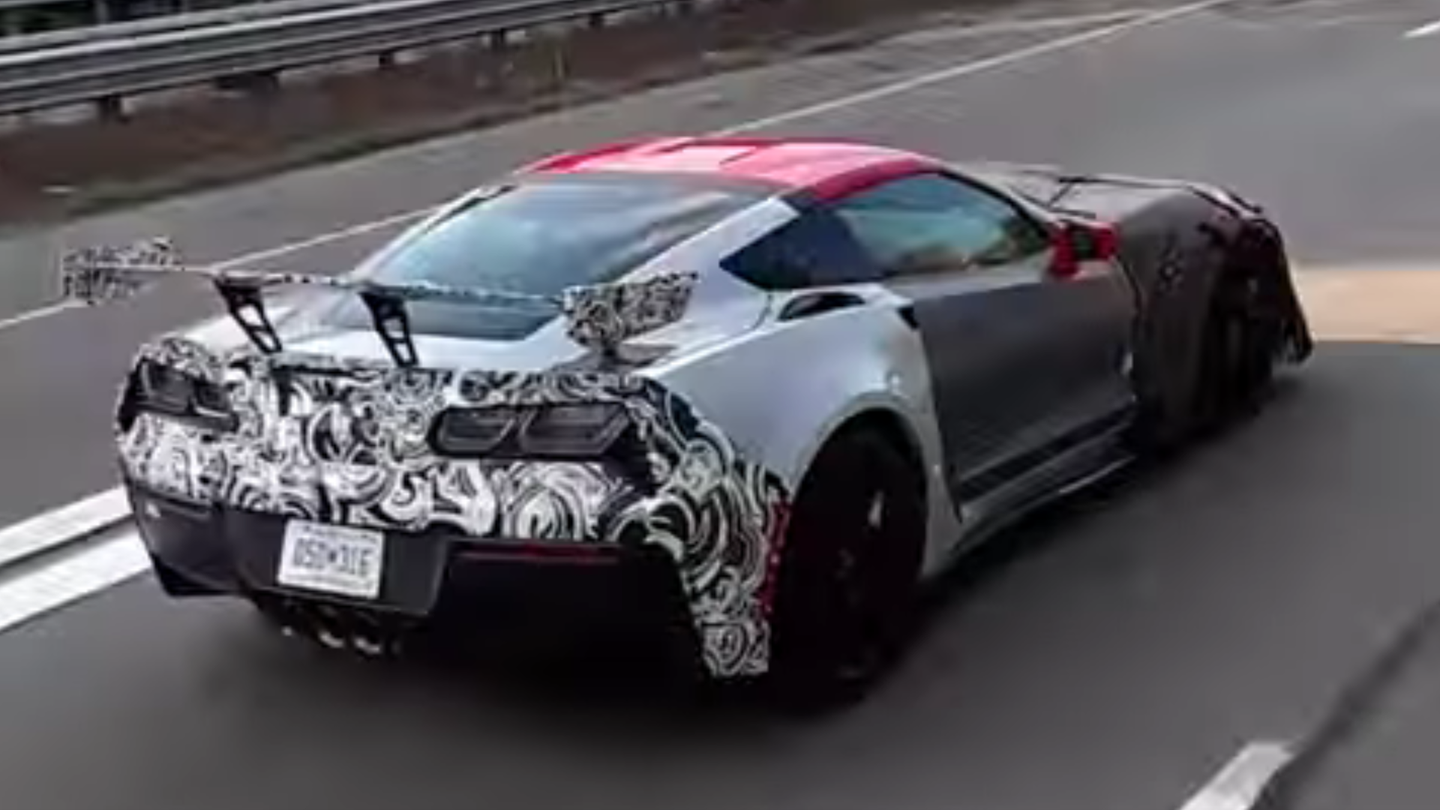 It's a cliche, but it's also true: nothing says "fast car" quite like a ginormous spoiler mounted out back. And judging from this video of what appears to be the upcoming Chevy Corvette ZR1, the car appears to have a wing that's even bigger than that of its race car counterpart, the C7R.

Spotted by Mycheal Barnaby in Ann Arbor, Michigan and shared via Indian Autos Blog, the C7-generation Corvette in the video appears to be one of the same camouflaged test mules we previously saw ripping around Ohio.

Currently, the Corvette model range has three key performance-forward trims: the base Corvette with the Z51 package, the 460-horsepower Corvette Grand Sport, and the 650-hp Corvette Z06. We expect the ZR1 to have a sophisticated suspension similar to what's used in the Z06 and Grand Sport, but with even more horsepower. And of course with all that power, you need a massive wing to keep the car planted at speed. Because downforce.

As Road & Track points out, in this video, the massive wing is only on the hardtop version of the ZR1, while the car that appears to be a convertible Z51 has a smaller spoiler, but one that's still larger than anything we've previously seen on a production C7 Corvette.

If this is the new top-line ZR1 model, GM will likely reveal it at the North America International Auto Show in Detroit early next year, Car and Driver reports. There's also a good chance this will be the last major update to the C7 before the next-generation Corvette is released in all its (rumored) mid-engined glory.

What do you think of that massive wing? Under most circumstances, we here at The Drive are under agreement that spoilers and high-powered sports cars go together like marshmallows and graham crackers, but is this wing just too much?