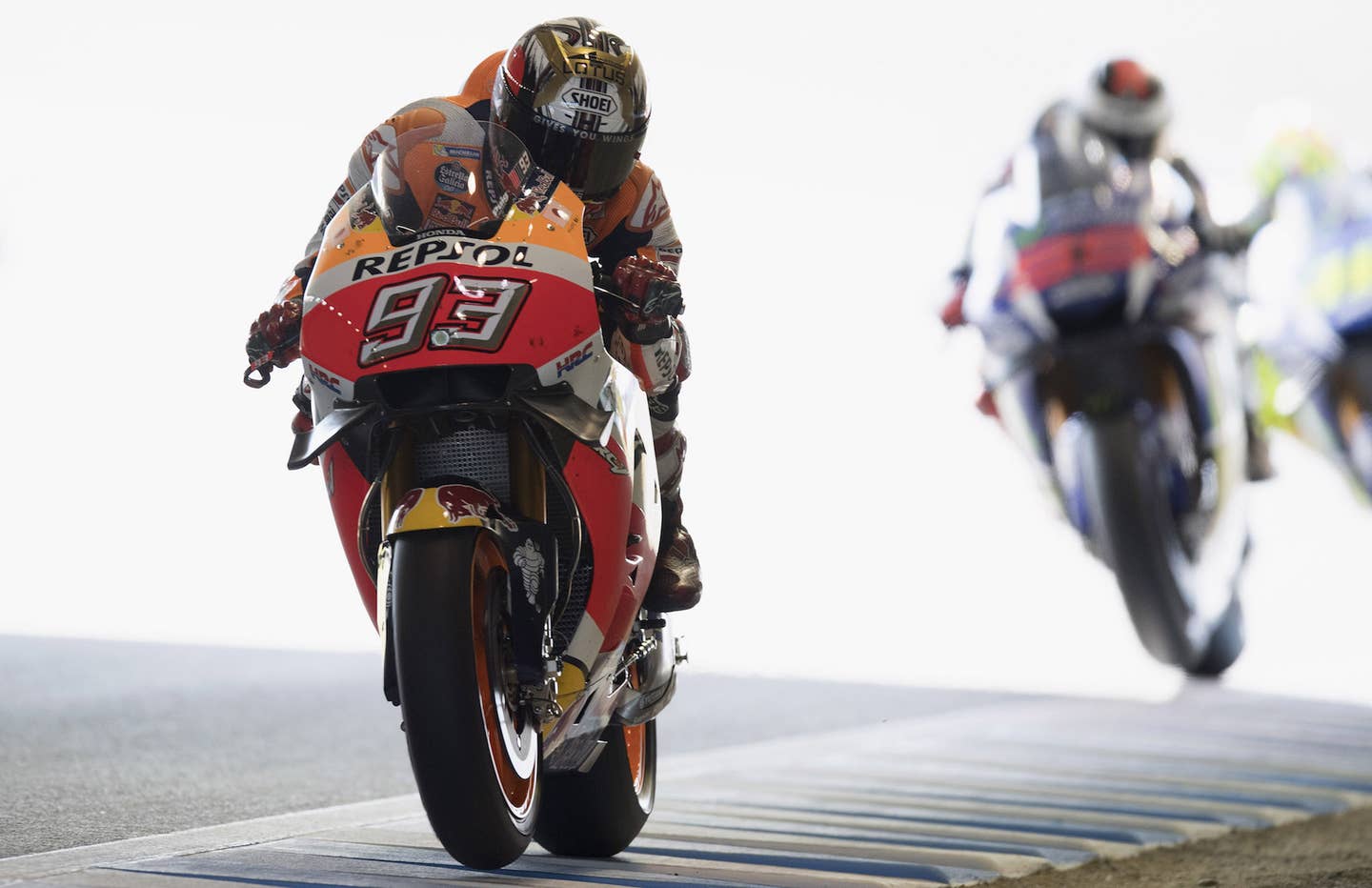 It’s official: Marc Márquez is your 2016 MotoGP World Champion. The Honda rider took the win at Sunday’s Japanese Grand Prix, securing his third overall title in four years. Márquez, 23, was already the youngest-ever MotoGP race winner. Now he also has the distinction of being the sport's youngest to nab three premier-class championships.

While the Spaniard has been on a burner all season, few expected him to clinch the title at Japan’s Motegi Circuit this weekend. He got some help by attrition, as both riders nearest him in the MotoGP standings, Valentino Rossi and Jorge Lorenzo, both on Yamahas, crashed out during the race.

Rossi, starting from pole position, slid into a gravel trap six laps in, and wasn’t able to recover. Lorenzo, the defending MotoGP champ, who took a nasty spill during free practice on Saturday, needed to finish fourth or better to keep his hopes of repeating alive. But, under late-race pressure from Ducati’s Andrea Dovizioso, Lorenzo crashed out with just five laps remaining. That gave Márquez the win and championship, and landed Dovizioso second place. Maverick Vinales, riding for Suzuki, took the final podium spot.

We’ll have all week to break down what this means for Márquez’s fast-flourishing legacy, the potential fallout for Rossi and Lorenzo, and MotoGP at large. Today, just know that, once again, Marc Márquez is certifiably the man to beat in the world's top-flight motorcycle racing series.