After ordering online from a Detroit scrap lot, one forum user ended up with an early hands-on preview of next year’s hottest new car. 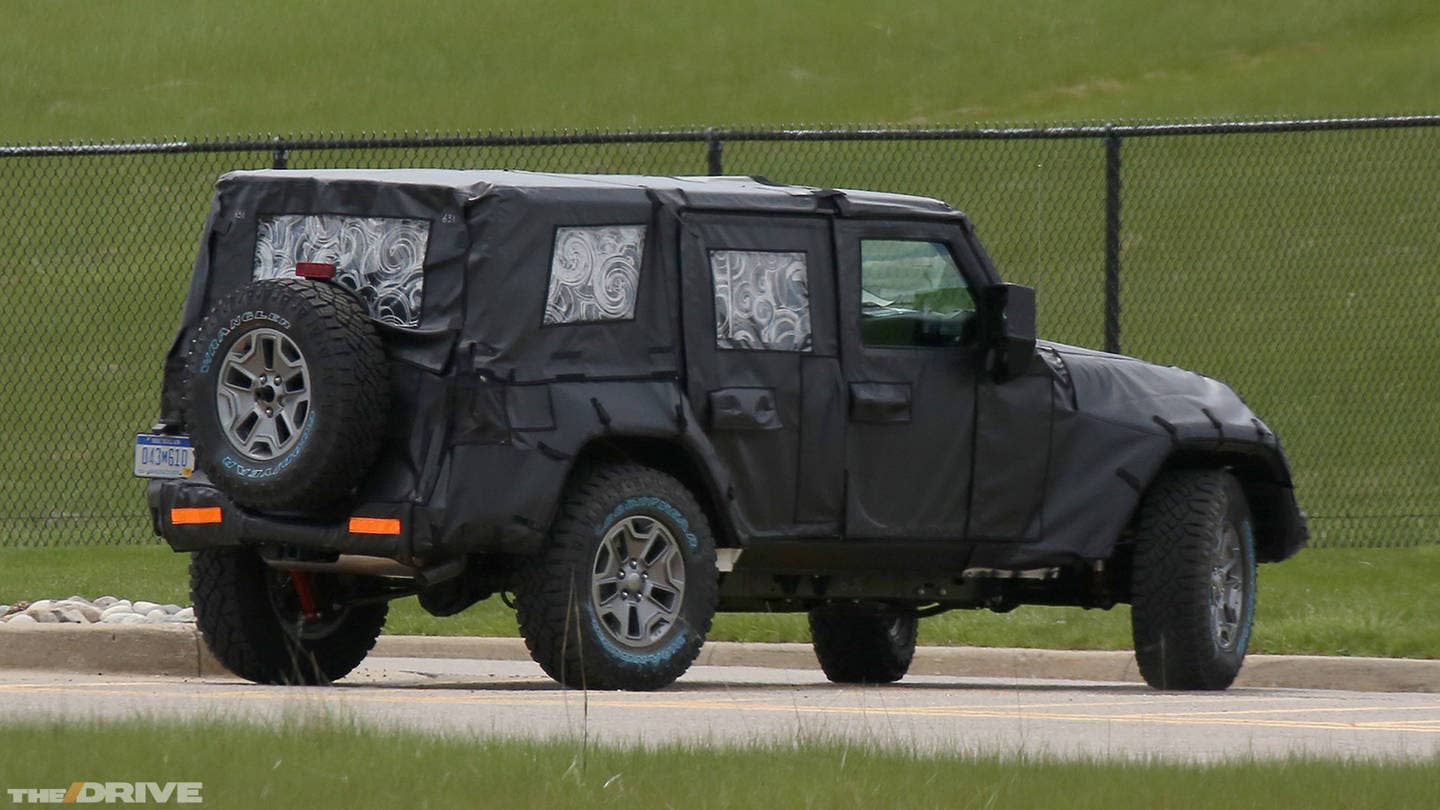 Automakers build numerous mules for research and development of every new model. They’re the motorized equivalent of burner phones: disposable, untraceable, and, at least in the case of Bentley, used to commit a terrible crime. After gathering data, manufacturers send these ghost vehicles off to a junkyard to be destroyed. Or, at least, that’s what the junkyard is supposed to do.

Appears that wasn’t the case for one 2018 Jeep Wrangler (a.k.a. JL-gen) prototype. In a forum post, an enthusiast says he recently contacted a Detroit-area scrap seeking a replacement hood for his 2014 Wrangler. But, after the part arrived the mail, he started noticing some peculiarities. It had no VIN stampings or Mopar serial number. Also, it didn’t fit—the latches wouldn’t line up with his current JK-gen rig, and the hood itself measured about two inches too long. Factor in the junkyard’s proximity to Fiat-Chrysler proving grounds, and it appears he was accidentally sold a prototype hood from an intended-for-scrap JL Wrangler. Confirmation, according to an update to the original post, came earlier this week, when the junker called asking him to return the hood so it could go back to FCA.

There’s not much to glean about the new Wrangler from a development hood. Just that it’ll be longer and retain the classic latching system, both expected, and that Jeep is playing around the vent design. But a junkyard trawler inadvertently uncovering a prototype part from next year’s hottest new car is wonderfully folksy, the kind of old-school Motor City stuff that’s not supposed to happen anymore. Consider it a charming tidbit before the new Wrangler, manual gearbox and all, shows up next year.