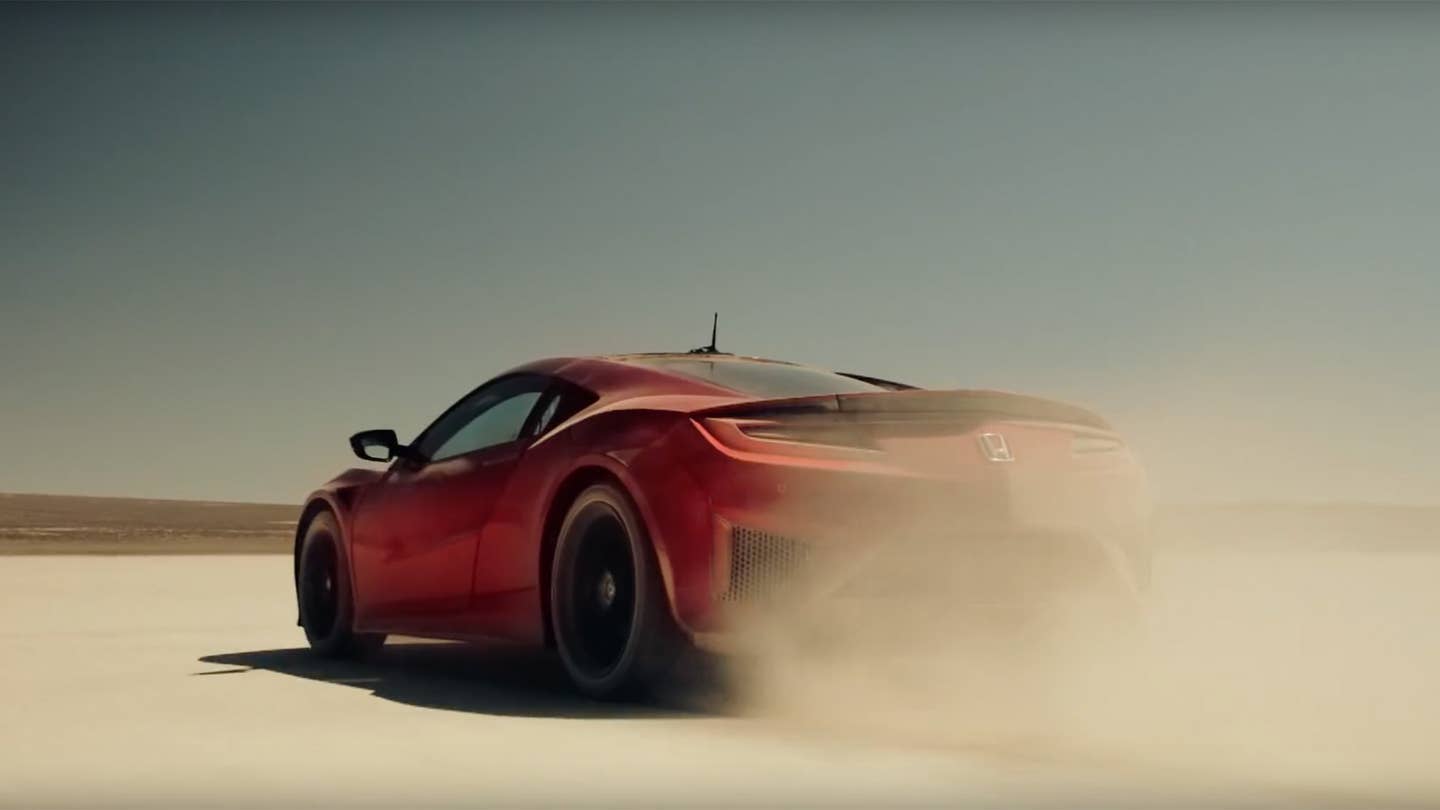 Unless you majored in pre-Columbian archaeology or spend a lot of late nights watching Ancient Mysteries reruns on The Biography Channel, you’ve probably never heard of the Nazca Lines. They’re a series of massive drawings in the Peruvian desert, created by scraping up the desert floor to reveal the lighter-colored earth below. Most scientists believe they were created by the Nazca culture several thousand years ago, but some people insist the Nazca lines were created by aliens, since a) the lines are best observed from high altitudes and b) people love to give aliens credit for weird things.

Any distant observers who recently came across a copy of the notable Nazca Line known as the Hummingbird in the California desert, however, would be hard-pressed to blame it on extraterrestrials. No, the only ones to blame for this dustry drawing are a group of Honda engineers and the Acura NSX.

Honda’s work, created on the dry lake bed known as El Mirage, is a good deal larger than the version found in Peru. According to Honda, the finished product is stretches across more than 6.5 million square feet of desert—about 112 football fields—and reaches nearly half a mile wide at its greatest distance. To recreate the iconic piece of pre-Columbian art, Honda’s team gave the driver a glasses-mounted display that provided directions as to when and how to turn in order to turn.

If nothing else, it’s a good excuse to see the new Acura NSX blasting across one of California’s most picturesque deserts. Which, we suppose, may have been the reason the Honda executive who green-lit this little stunt approved it in the first place.