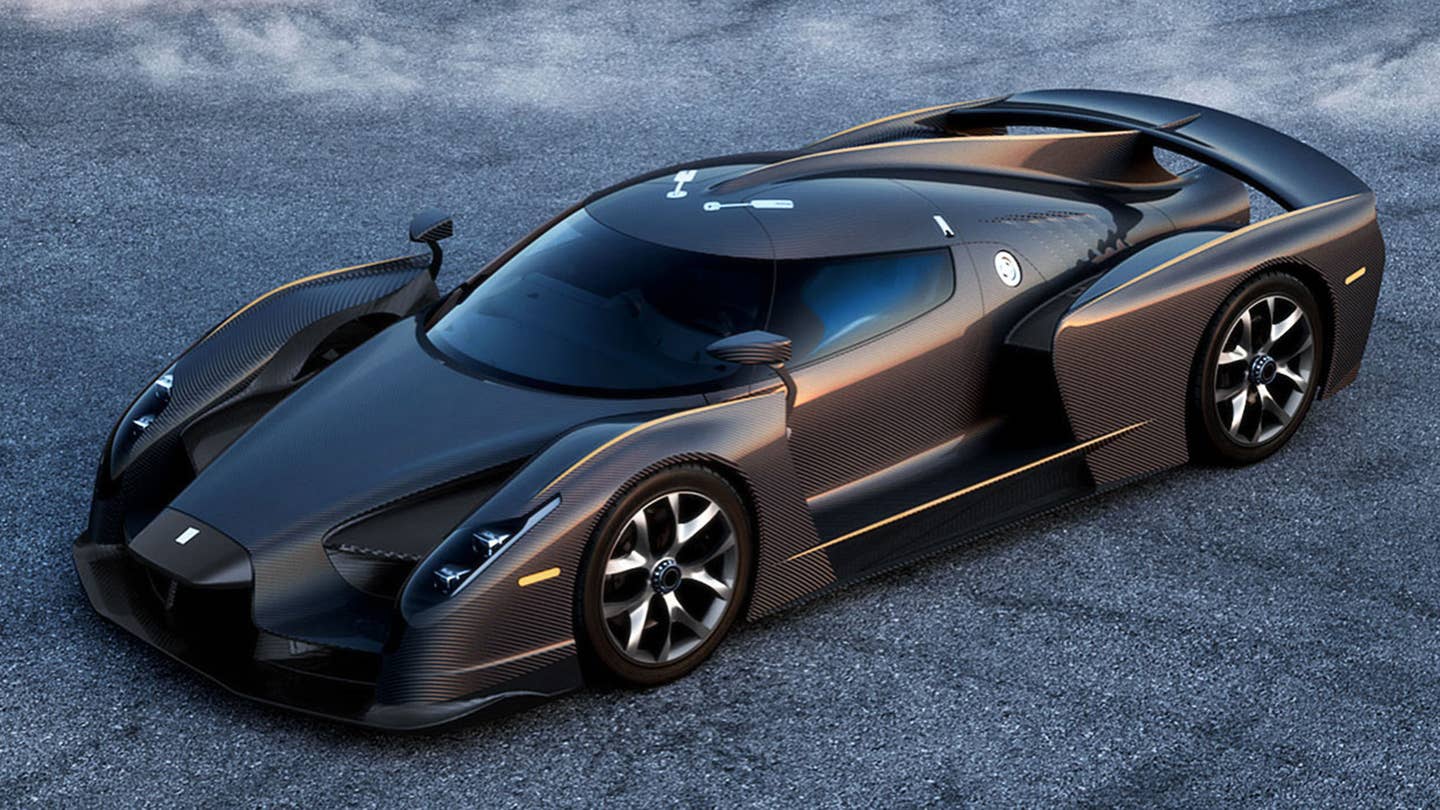 What do you do when one-off Ferraris aren’t special enough anymore? If you’re Jim Glickenhaus, owner of the world’s sexiest Ferrari Enzo-based speed machine, you start building your own supercars. And when the road-going version of the Scuderia Cameron Glickenhaus SCG 003 arrives next year, it may be capable of humbling the rest of the hypercar pack with a Nurburgring lap time of around six minutes and 30 seconds. And that’s on street tires.

The bold claim comes via Road & Track, which spoke to SCG about the company’s supercar plans. According to the carmaker, the SCG 003 Stradale, or SCG 003S for short, will weigh in around 2,866 pounds in spite of all the comfortable accoutrements needed to serve as a reasonable street car. A modified 4.4-liter V8 from an unnamed German automaker (*cough cough BMW cough cough*) will be cranked up to make more than 750 horsepower and 590 lb.-ft. of torque, thanks to the tuning work of engine shop Autotechnica Motori. By shunting all that power to the rear tires, the 003S will reportedly shoop-shoop from 0 to 60 miles per hour in less than three seconds, and run out of poke at around 217 mph.

Setting an absurd Nurburgring Nordschleife time is as much about grip as it is about go, though. So the SCG 003S will also make more than 1,500 pounds of downforce at 155 miles per hour, and generate more than twice the force of gravity while yanking itself through corners, according to SCG and Glickenhaus.

Should a six-and-a-half-minute ‘Ring lap still not be fast enough for you, SCG is has also developed a Competizione Stradale version of the 003 that will still be street legal, but comes properly-prepared for hot track action. And if that’s still not hardcore enough, there’s always the heavy-duty SCG 003 Competizione that Glickenhaus has run twice in the 24 Hours of Nurburgring. That car, by the way, ran a 6:42 at the Nordschleife last year—and that was packing a less-powerful Honda-made turbo V6.