“Autopilot” May Become a Banned Word In California

New regulations could force automakers to stick to stricter language when it comes to self-driving features. 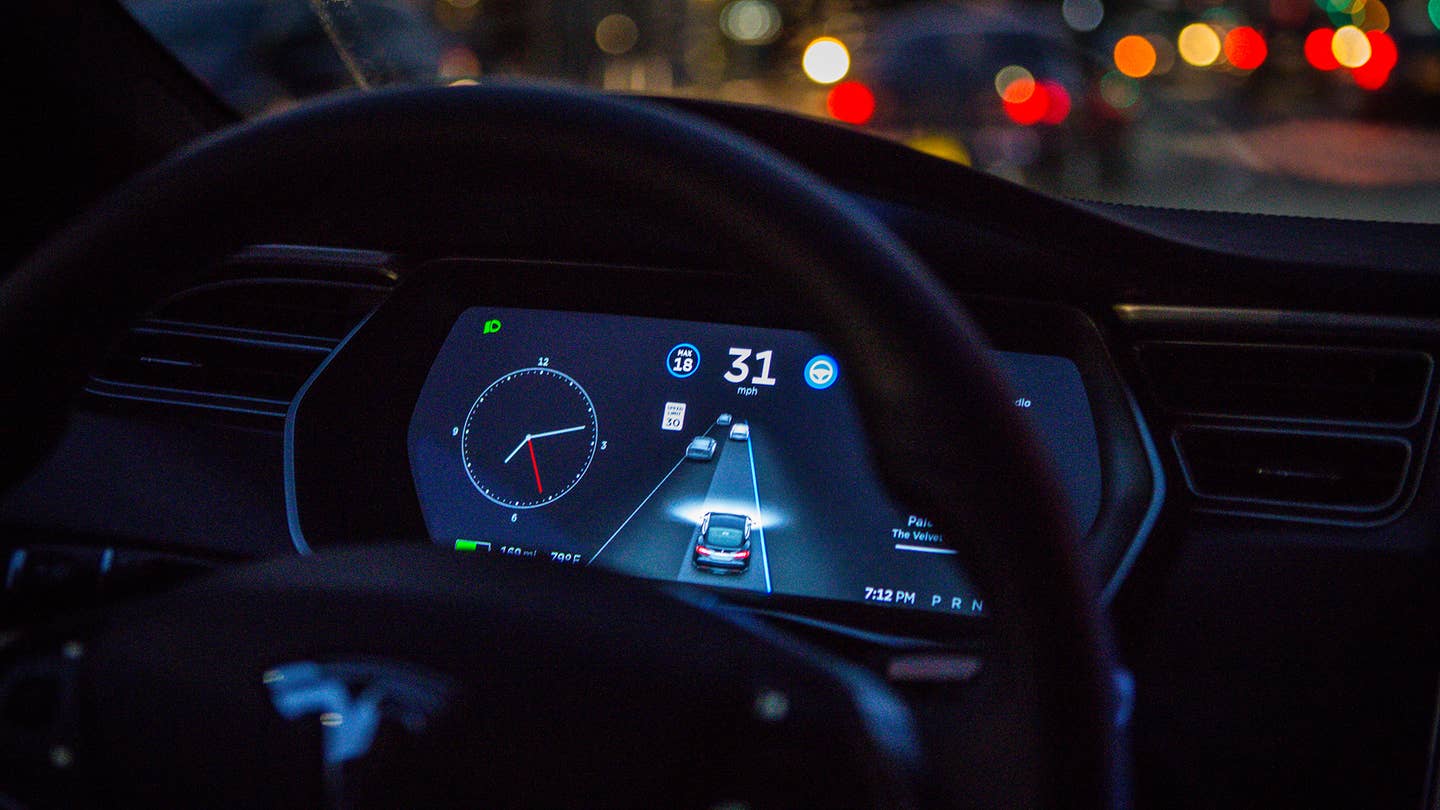 Late last Friday, the California Department of Motor Vehicles released its latest draft regulation for autonomous vehicles. While most were focused on the DMV's plans for allowing AVs to be operated without a driver under specific circumstances, the real story is about marketing.

Regulators have proposed banning the use of words that don't accurately convey the abilities of semi-autonomous vehicles to consumers. Specifically, if a human is still required to be in the driver's seat, terms like autonomous, self-driving, and, yes, even "Autopilot" may be banned.

The reason for the proposed ban, according to the DMV, is to mitigate "the risk of driver complacency and misuse of lower level systems where drivers are expected to remain fully engaged in the driving task."

The text of the proposal goes on to include a not-so-subtle dig at automakers—from Mercedes-Benz to Tesla—who haven't exactly been clear in their marketing about what these systems are able to do.

"The terms 'self-driving,' 'automated,' 'auto-pilot,' and other statements that lead a reasonable person to believe a vehicle is autonomous constitute advertising regulated by the truth-in-advertising provisions in the Vehicle Code," California regulators stated in the draft. In order to legally use those words, the state will require the vehicle to be "equipped with technology that has the capability of operating or driving the vehicle without the active physical control or monitoring of a natural person."

The marketing terminology backlash comes in the wake of a deadly crash involving Tesla's Autopilot software in Florida, a fatal accident in China where a Tesla allegedly had Autopilot on, and Mercedes's recent decision to pull ads touting its new E-Class's "self-driving" features.

"Tesla is reviewing the draft regulations and will provide input to the DMV as appropriate," a spokeswoman for Tesla said in a statement.