The Ford Bronco Is Definitely Coming Back​​, UAW Boss Reports 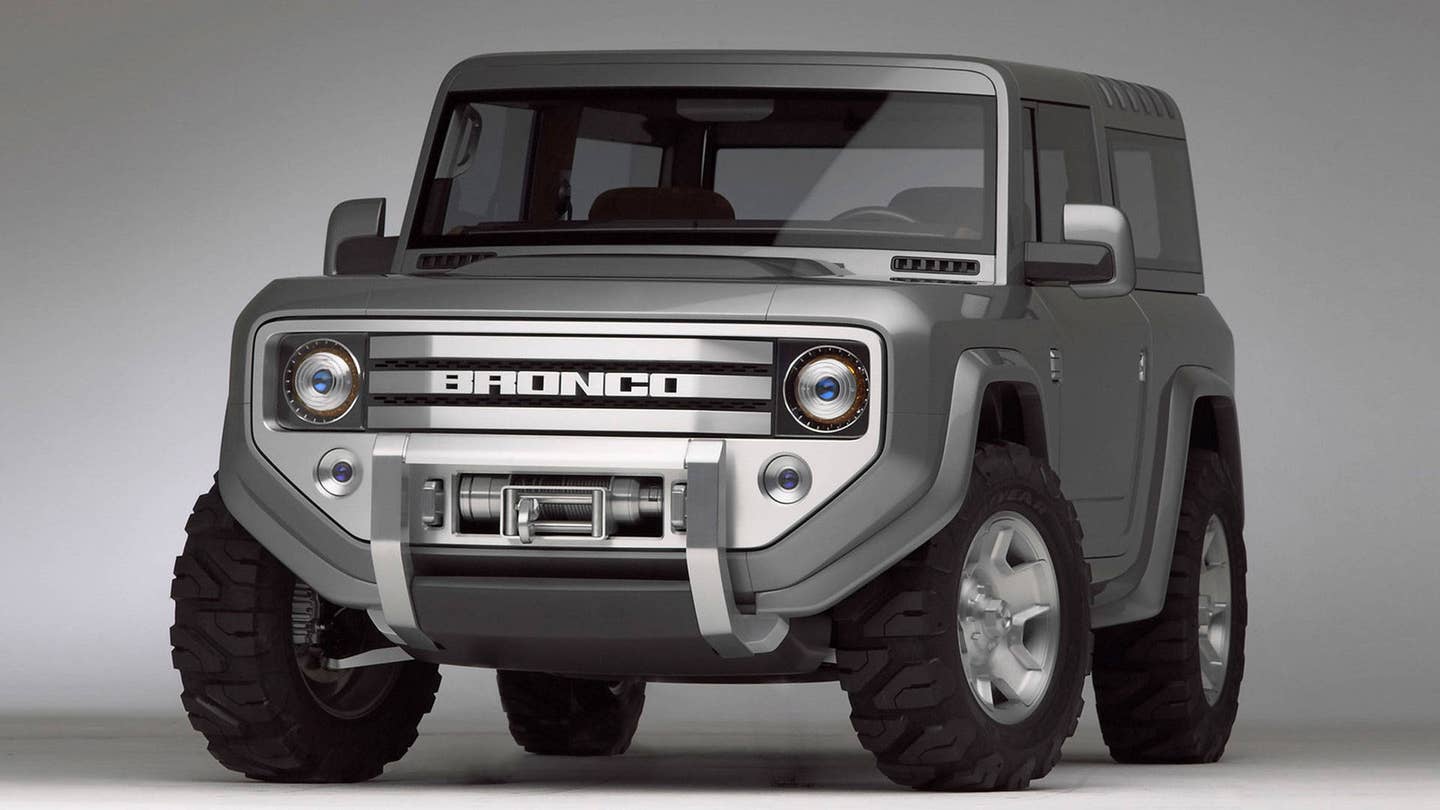 We now have confirmation of the return of the Ford Bronco and the Ford Ranger—and oddly enough, we have Donald Trump to thanks for the information.  While speaking with The Detroit Free Press last week, Bill Johnson, chairman of UAW local 900  confirmed the return of both of the well-loved and much-missed trucks.

"We hate to see the products go to Mexico, but with the Ranger and the Bronco coming to Michigan Assembly that absolutely secures the future for our people a lot more than the Focus does," Johnson told The Detroit Free Press in response to claims from Republican presidential candidate Donald Trump that Ford would be harming Americans by moving production to Mexico. Trump has made plenty of political hay out of Ford's plans to transfer small car production to Mexico, claiming it will lead to thousands of lost jobs here in the United States of America; Ford, however, has stated that Trump's claims are groundless, as the move will allow the American assembly lines formerly devoted to building smaller cars and vans to switch over to larger, more profitable trucks and SUVs.

It's long been rumored that the two trucks would be returning to production in Michigan, following the news that production of the Focus and C-Max model ranges at Michigan Assembly plant would be coming to a halt in 2018. But even before that, Bloomberg reported that sources were claiming the Bronco and Ranger would be making a return to production. And in February during the Chicago Auto Show, Ford's sales and marketing vice president Mark LaNeve said that the Blue Oval would be bringing four new SUVs to the table within the next four years. Hint, hint.