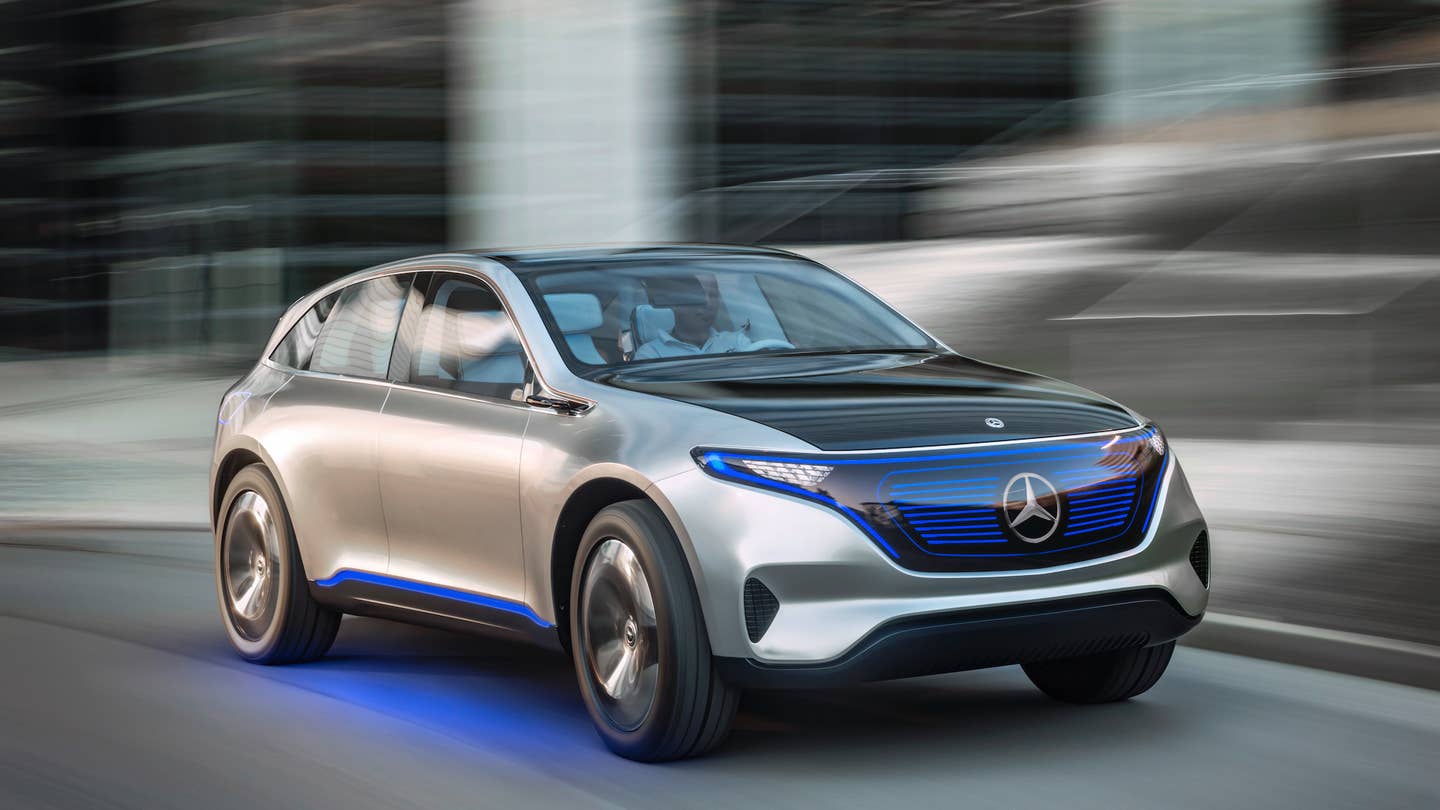 Mercedes-Benz is planning to launch 10 electric cars under a new electric​ sub-brand by 2025, and the carmaker just gave us our first glimpse into what those future models will look like. At the Paris Motor Show on Thursday, the automaker revealed both the name for its EV brand and the first concept car to fall under its umbrella: the brand will be called "EQ," and the Tesla Model X-fighting SUV seen here is called the Mercedes-Benz Generation EQ Concept.

The Generation EQ is a concept sport-utility vehicle, but it's not all that conceptual; Mercedes-Benz's own press release describes it as "close to production." It uses two electric motors to pump out around 400 horsepower, with power flowing to all four wheels. Mercedes says the EQ is capable of traveling up to 310 miles on a charge, and skipping from zero to 62 miles per hour in less than five seconds.

Mercedes says it has designed the concept's interior to be driver-oriented, with various touch-based controls and informative screens surrounding him or her. There's a 24-inch high-definition widescreen that shows driving range, speed, navigation information, and other vital data that could be handy to know when behind the wheel. Even though the EQ looks quite massive, the concept car has seats for just four occupants. But each of those seats do have speakers mounted in their headrests, which is a nice touch.

Think of the Generation EQ as a reference point for what is to come from the new sub-brand. Materials like the steel, aluminum, and carbon-fiber used in this concept car will likely find a place on the cars that the electric car brand will produce in the future. In fact, future EQ cars will be built on the same platform as the Generation EQ—but because of the nature of the modular architecture, Mercedes can stretch the SUV concept's platform to accommodate different vehicle sizes, wheelbases, structures, and mechanical parts.

Oh, and as for that name, EQ? Mercedes-Benz says it stands for "Electric Intelligence​." Doesn't make a lot of sense to us, either.