Expect around 1,000 horsepower and some seriously aggressive styling. 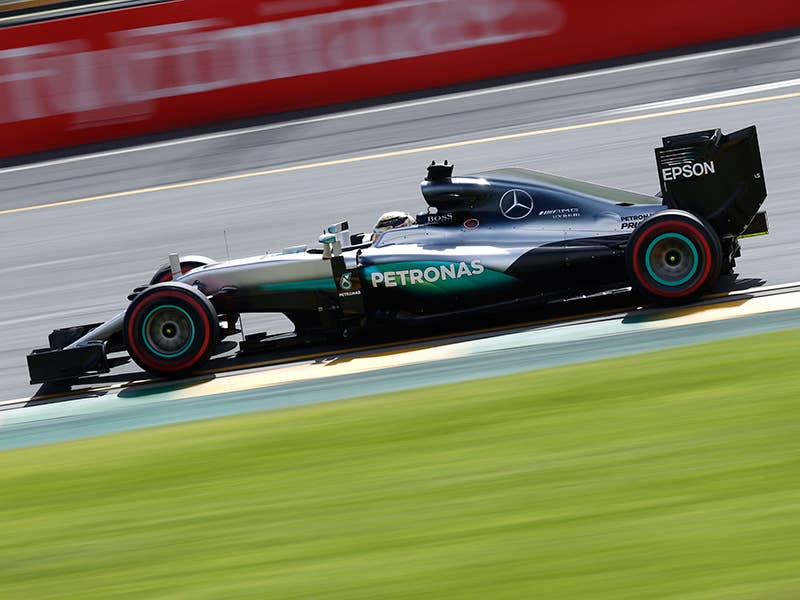 The rumors seemed far-fetched when they emerged last month: Mercedes-AMG, reportedly, was hard at work developing a hypercar that would use a Formula One-based hybrid powertrain. And yet, as it turns, out, those wild reports seem to have been right on the nose, as Mercedes announced just minutes ago that it would indeed build such a car. What's next, Obama stepping up to the White House press room podium and coming clean about Roswell?

Mercedes officially announced the hypercar would be coming at the official Paris Motor Show launch for the new Mercedes-AMG GT C. Not surprisingly, the carmaker played it vague with the details, but it did show a simple sketch of the car in profile, revealing a swept-back cockpit, tall vertical stabilizer, and massive wheel arches that bring to mind nothing so much as a Le Mans prototype race car. Mercedes did mention that the new car is being developed in concert by both AMG and the carmaker's United Kingdom-based Formula One team.

Last month's reports suggested the AMG hypercar would have a power-to-weight ratio of around one horsepower for every kilogram of weight; unless Mercedes manages to perfect some sort of anti-grav system to lighten it up, that means the car will almost certainly pack at least 1,000 horsepower. Those previous reports suggested the F1-inspired street machine would have a top speed of around 220 miles per hour and rip from 0 to 60 mph in around 2.5 seconds, which seems perfectly reasonable.

Now all we have to do is wait for Mercedes to actually unveil the damn thing.