Formula E Is Coming to Brooklyn

We'd like to say we had something to do with this, but we didn't. 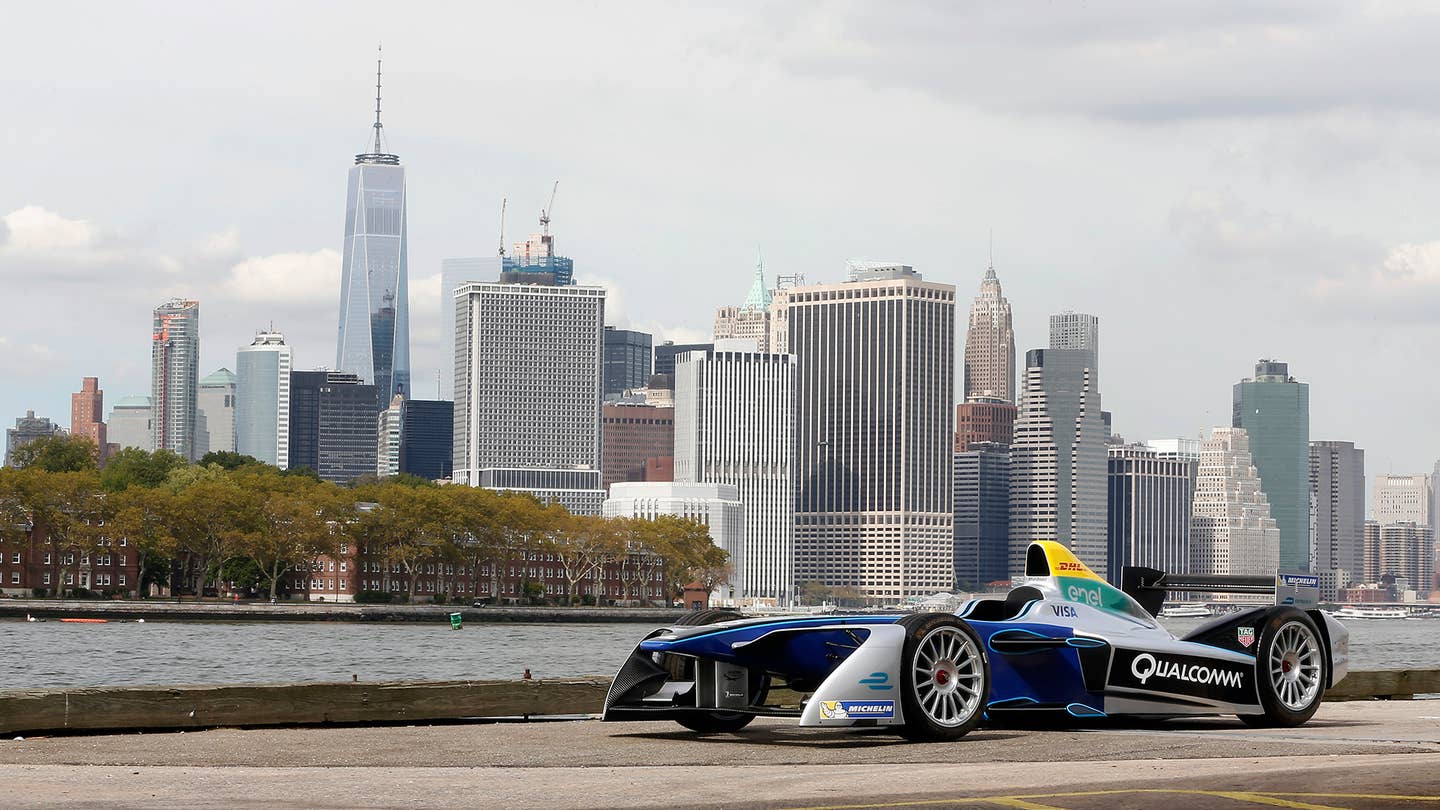 Next year, Formula E will hold a pair of races on the waterfront in Brooklyn, bringing open-wheeled racing to the heart of New York City. The races were announced earlier today in a press conference near the planned harborside race site.

The two-day NYC spectacular is scheduled for July 29th and 30th, 2017, making it the final two races on the upcoming Formula E calendar. The 1.21-mile course will be situated near the cruise ship terminal in the Brooklyn neighborhood of Red Hook, within sight of the Statue of Liberty and the Freedom Tower World Trade Center and around the corner from NYC's newest Tesla dealership.

The race’s presence in the Big Apple is not a surprise in and of itself; a New York City race has been pencilled in on the 2016/2017 season calendar for some time. However, the Red Hook location and track layout was only announced today.

Jaguar, the only major automotive manufacturer fielding a team in Formula E during the 2016/2017 season, describes the Brooklyn ePrix as its “home race.” Considering Jaguar Land Rover’s North American headquarters are located roughly 30 miles away as the crow flies in Mahwah, New Jersey, describing Brooklyn as home could be construed as massaging the term a tad...but considering New York’s two NFL teams technically make their home in Jersey, it’s forgivable.

While the race’s Red Hook location will be several miles away from The Drive’s location in up-and-coming Sunset Park, we can’t help but feel a bit of pride knowing one Formula E has chosen to follow our lead and plant roots on the shores of beautiful, body-riddled New York harbor.