They may be fast, but they can't outrun the cops. 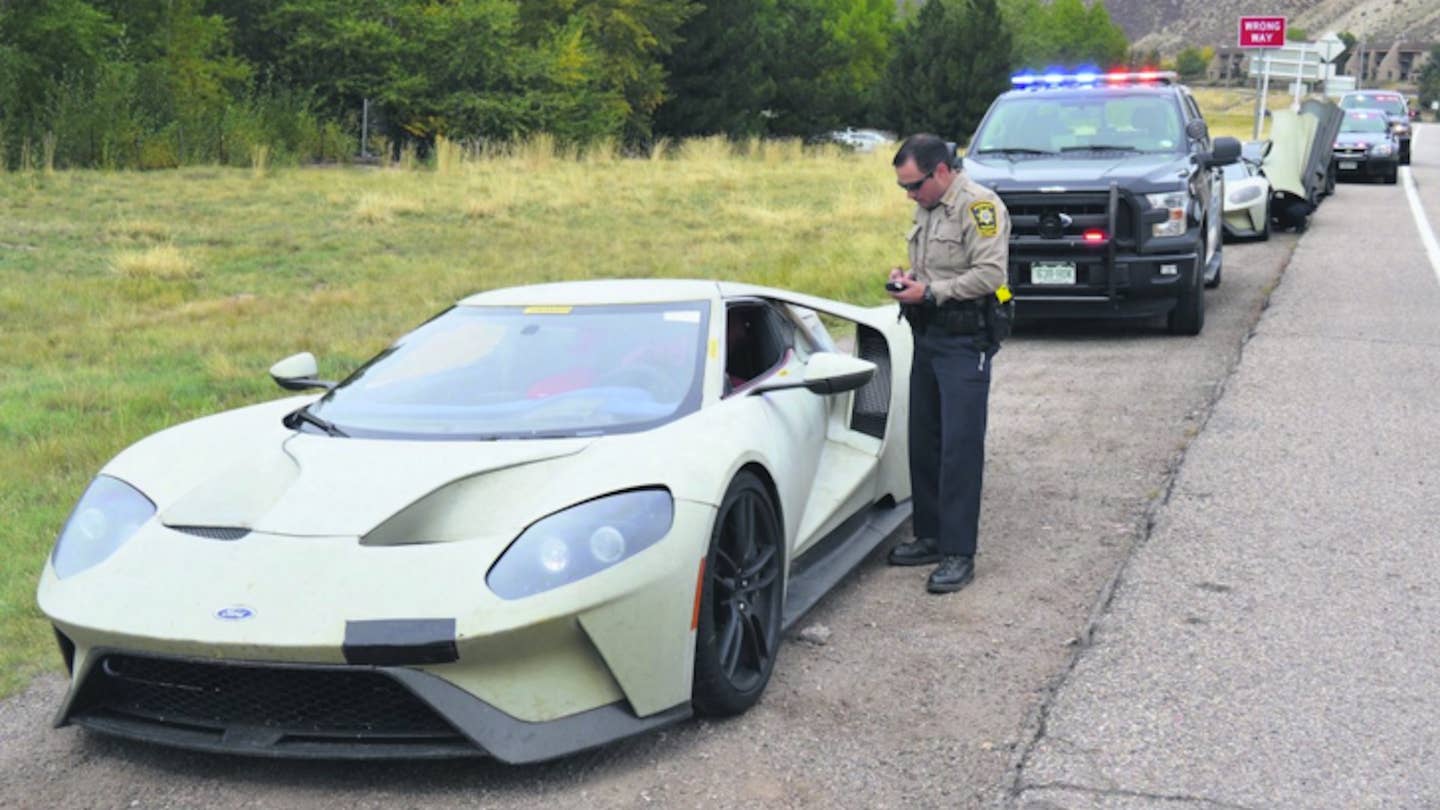 Three de-badged Ford GT prototypes were spied testing around Colorado yesterday. Car spotters found the trio of matte green monsters winding around the highways, but a photographer later caught the Blue Ovals on the side of the road, surrounded by local and state police. Allegedly, they were clocked at speeds well over the 50 mph limit around Avon, CO, in Glenwood Canyon.

A local newspaper, the Vail Daily, claims the cars were loaded with “all kinds of data-collecting equipment, and were in the area for high altitude testing.” Officers from the Avon police department, the Eagle County Sheriff’s office and the Colorado State Patrol were all on the side of the highway during the traffic stop. Two of the officers, in the below picture, seem to be super fans of the supercars if the one cop’s facial reaction is any indicator. Kind of looks like he’s just taking pictures of the car, doesn’t it?

Judging by the amount of bugs and spatter on the front of the first GT, it looks like they’ve been flogging the bejesus out of the cars. And bless them for that, because that’s the proper move. No word yet from Ford about powertrain for the 2018 GT, but if it’s anything close to the 2017’s 3.5-liter EcoBoost V6 – with 650 horsepower – the lucky few who will pass Ford’s vetting and approval process will be quite happy.

Check out a video of the GTs in motion from the car spotters below.