Spy shooters capture what could be one of tomorrow's coolest sports cars. 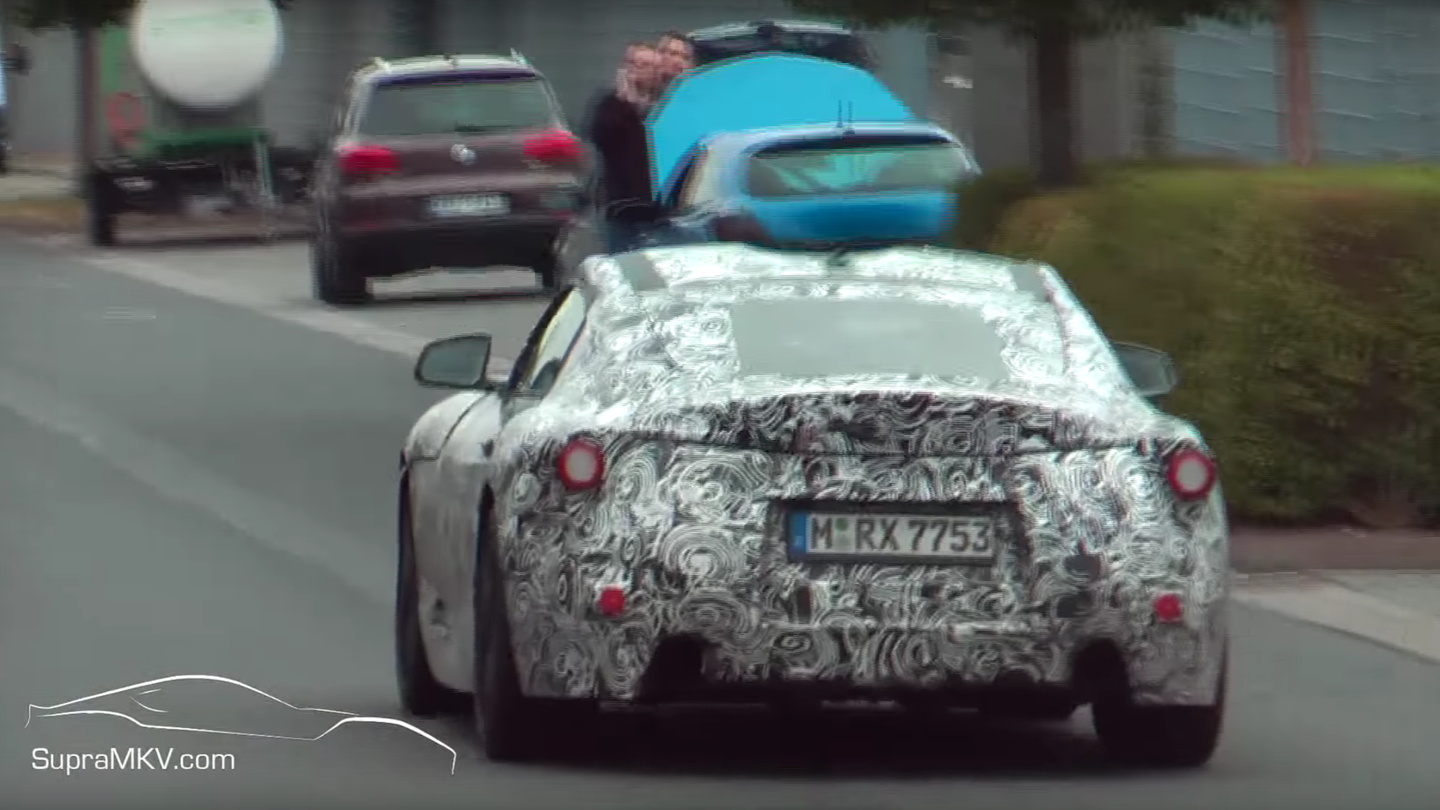 It's been almost 15 years since a Toyota Supra has been driven off an assembly line. Based on this spy footage of a new Supra prototype testing in Germany, however, a new version of the iconic Japanese sports car seems closer than ever to its triumphant return to the streets.

A video uploaded to the "SupraMKV Com" YouTube channel on Monday shows what appears to be the next-generation Toyota Supra pulling out of BMW's trackside testing facility at the Nurburgring in Germany. If that seems odd to you, don't sweat it; BMW and Toyota have reportedly been working togetheron the project, with the next Supra expected to share a platform with the new BMW Z5 roadster.

But this video doesn't just show the new car; it gives us a chance to listen to it roar. As the car exits the garage and enter the roadway, you can hear the driver jump on the throttle and wind through what we assume is first gear.

It's hard to know for sure, but to our years, it sounds like what could be a hybrid setup—presumably, a V6, as multiple rumors have suggested the new Toyota/BMW will pack six-cylinder power. If we're being honest, that doesn't sound half bad.

It's also worth noting that the shift sounds very much like something an automatic transmission would make. Though that doesn't necessarily mean the car will not offer a manual transmission, it isn't a great sign. Still, we'll keep our fingers crossed.