No, it doesn't make much sense. But it's still pretty entertaining.

By Will Sabel Courtney September 7, 2016 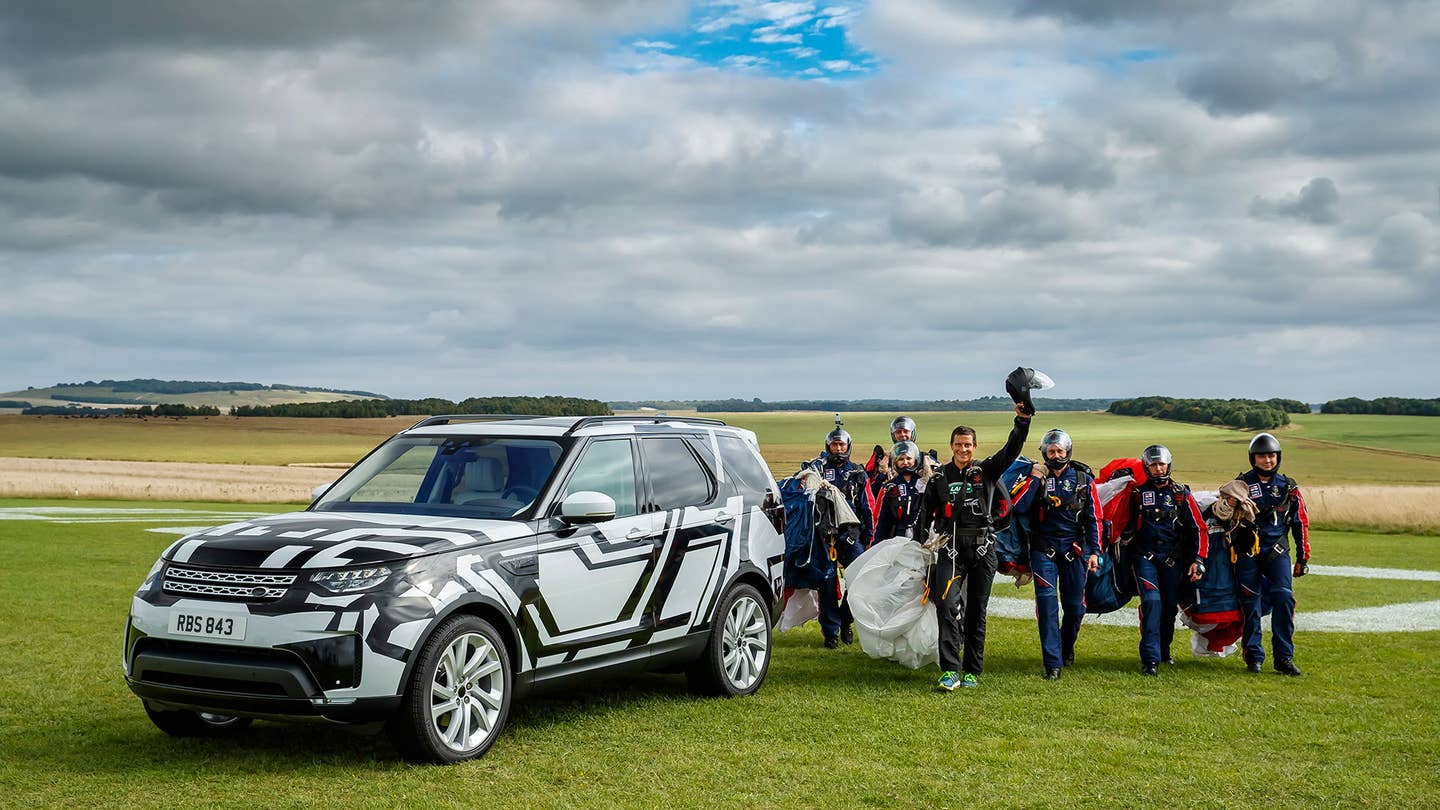 Remember how we mentioned in our previous post about the new Land Rover Discovery that the SUV's seven-seat capacity was pretty much the only piece of information the carmaker revealed about the car? Well, turns out Jaguar Land Rover is really proud of those seats. So proud, in fact, it convinced adventure-seeker and reality TV star Bear Grylls to jump out of an airplane in an effort to show how quickly the new Discovery's seats can be folded up or down.

To be fair, Grylls presumably needs about as much convincing to go skydiving as you do to swap out discs in your PlayStation 4. And the stunt, which sees the soldier-turned-adventurer hop out of a plane with six members of Great Britain's Royal Navy Parachute Display Team, does add a nice ticking-clock element to the video's efforts to demonstrate one of the cool features of Land Rover's upcoming sport-ute.

So to demonstrate this, Land Rover told Grylls to hop out of a plane and use a phone strapped to his forearm to raise the Discovery's seats in the time before he opens his (Land Rover-badged) parachute. Yes, it's a stunt; since it takes all of three seconds to tap a phone screen, he could probably raise the seats, check his email, and fire off a Snapchat all in the time before he pops the silk. But it's always cool to see in-air footage of skydivers at work. Besides, the video gives us our best look yet at the new Discovery when the seven skydivers clamber into the lightly-disguised car and drive away, so it's worth a watch for that alone.