Dangerous Tesla-Branded Ecstasy Pills Are Showing Up at Raves 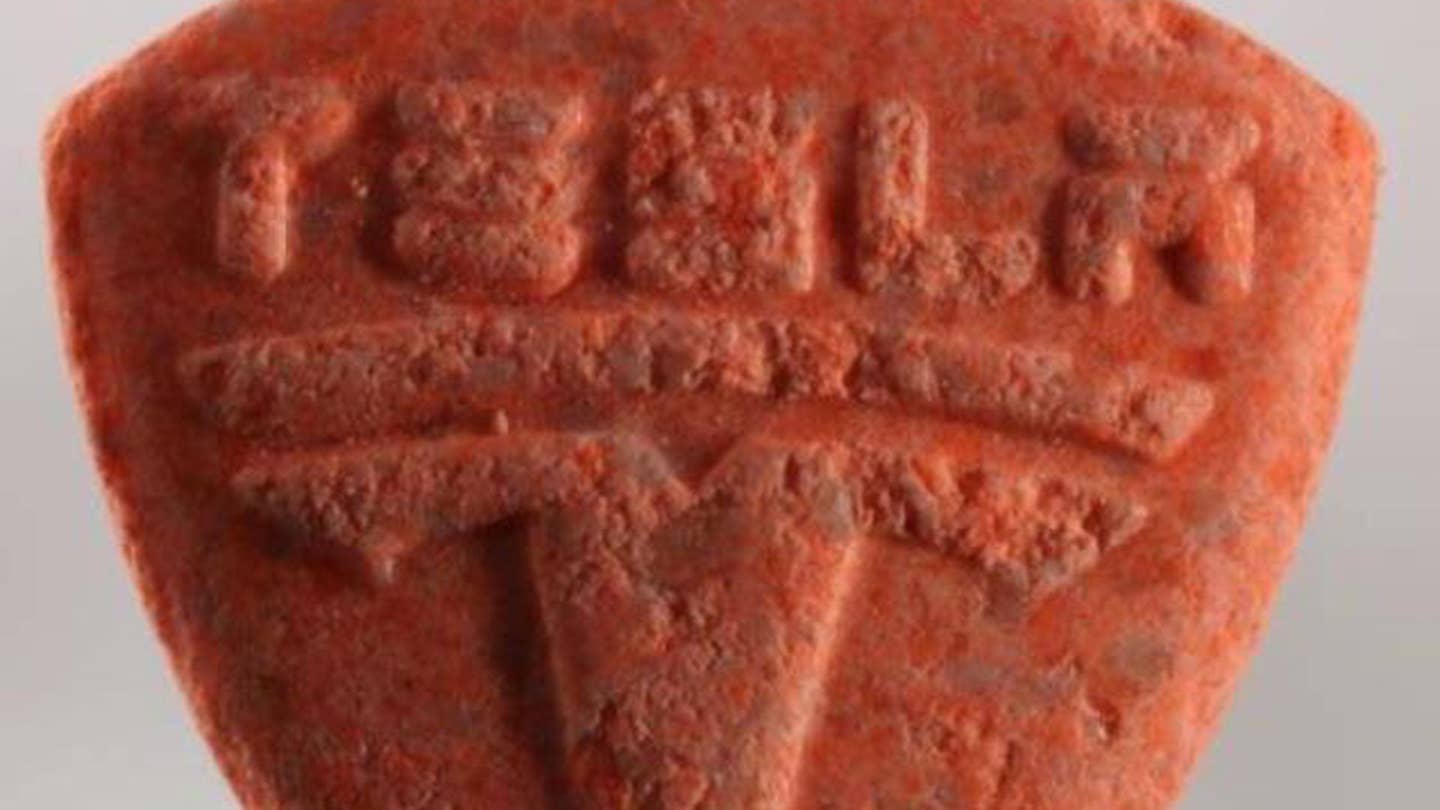 We’re willing to bet Elon Musk didn’t come up with this cross-promotion. Anti-drug organizations are cautioning people on the party circuit to be on the lookout for ecstasy pills branded with the Tesla name and logo, as the orange capsules have around twice the amount of MDMA usually needed for a user to get high.

Earlier this summer, testing of the orange, shield-shaped Tesla pills by drug research organization Safer Party in Zurich, Germany Switzerland, revealed they contained more than 230 milligrams of the mood-altering substance formally known as 3,4-Methylenedioxymethamphetamine—MDMA or ecstasy, to us non-Walter Whites of the world. As MDMA is illegal in most nations, few official guidelines exist in regards to a “correct” dosage, but a traditional dose of the party drug clocks in around 100–120 mg, based on The Drive’s research.

Since then, drug safety advocates such as Great Britain-based The Loop have taken to sharing the image and details of the pills on social media, in order to encourage people to be wary of the Tesla-branded ecstasy.

According to EDM Tunes, who we assume know what they're talking about, MDMA pills imprinted with the Tesla logo have been common for some time now. The new, super-strong batch, however, has reportedly only started showing up this year, and is purportedly common at the Eletric Daisy Carnival, or EDC, series of festivals.

In addition to the clearly-recognizable Tesla logo and badge imprinted on each orange pill, the MDMA lozenges in question also reportedly glow under a blacklight. Presumably to make them easier to find when dropped on the floor in a rave. Or something. We don’t party like that at The Drive...at least, not anymore.

Update: This post has been updated to reflect the fact that Zurich is in Switzerland, not Germany. But it does lie in the German-speaking part of the country, so...y'know.

The Drive has reached out to Tesla for comment, and will update this post if and when we hear back. Obviously, however, we assume the carmaker has nothing to do with these ecstasy pills. If it did, we're guessing Musk's "Master Plan, Part Deux" would have involved a lot fewer electric mini-buses and a lot more hearty partying.