Tesla claiming it's the quickest production car currently on sale in the world. 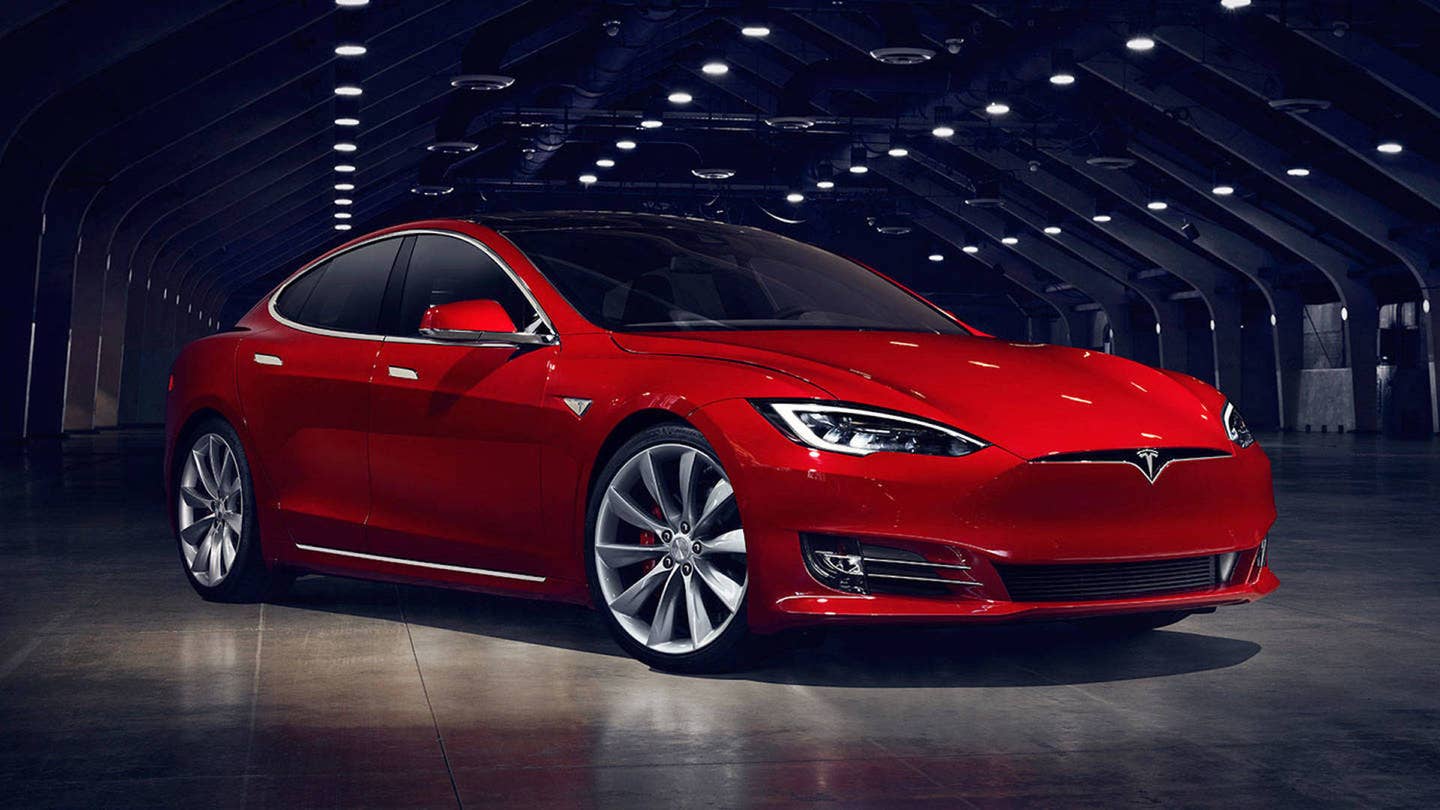 The rumors were true: Tesla has officially unveiled a new disturbingly-quick model called the Model S P100D. Not only is the P100D the electric automaker's quickest car yet, but with its claimed zero to 60 time of 2.5 seconds, it's even in the running for the title of fastest-accelerating production car in the world. This is a family sedan, for heaven's sake.

The Ludicrous Mode-equipped P100D Model S—so named for its 100-kWh battery—isn't just fast, though. The new battery means the latest Tesla also has an extended range of 315 miles, as rated by Environmental Protection Agency standards, which gives it the longest range of any electric car on the market.

Going forward, Tesla's SUV, the Model X, will also be offered with the larger 100-kWh battery pack. Tesla claims that when optioned with Ludicrous Mode, these SUVs will be capable of hitting 60 from standstill in 2.9 seconds and will be capable of traveling up to 289 miles on a single charge. This supercar-quick SUV will be priced at $135,500.

Tesla is offering customers who have recently ordered Ludicrous P90Ds but have not yet taken delivery the opportunity to switch up to the P100D models for $10,000. Those who already have Ludicrous P90Ds in their driveways can have their vehicles upgraded to the new spec for $20,000.

During a private call with journalists, Tesla CEO Elon Musk stressed that production of these new range-topping models would initially be limited because of additional difficulties the company faces when producing these new battery packs. Because the new batteries are so densely packed, the inner "architecture" of the hardware had to be reworked so the units could cooled properly.

"[It was] a very difficult development," Musk called the new hardware.

Both the P100D Model S and Model X are available for order starting today. Similar to the upcoming Model 3 rollout, delivery timing will be dependent on the customer's distance from the factory.

Earlier in August, The Drive reported on documents that showed the new model had been approved for sale in The Netherlands. Before that, a hacker had revealed the car's badge after discovering it buried in the car's software.