Airlander 10 is the world's largest flying craft. It also totally looks like a butt. 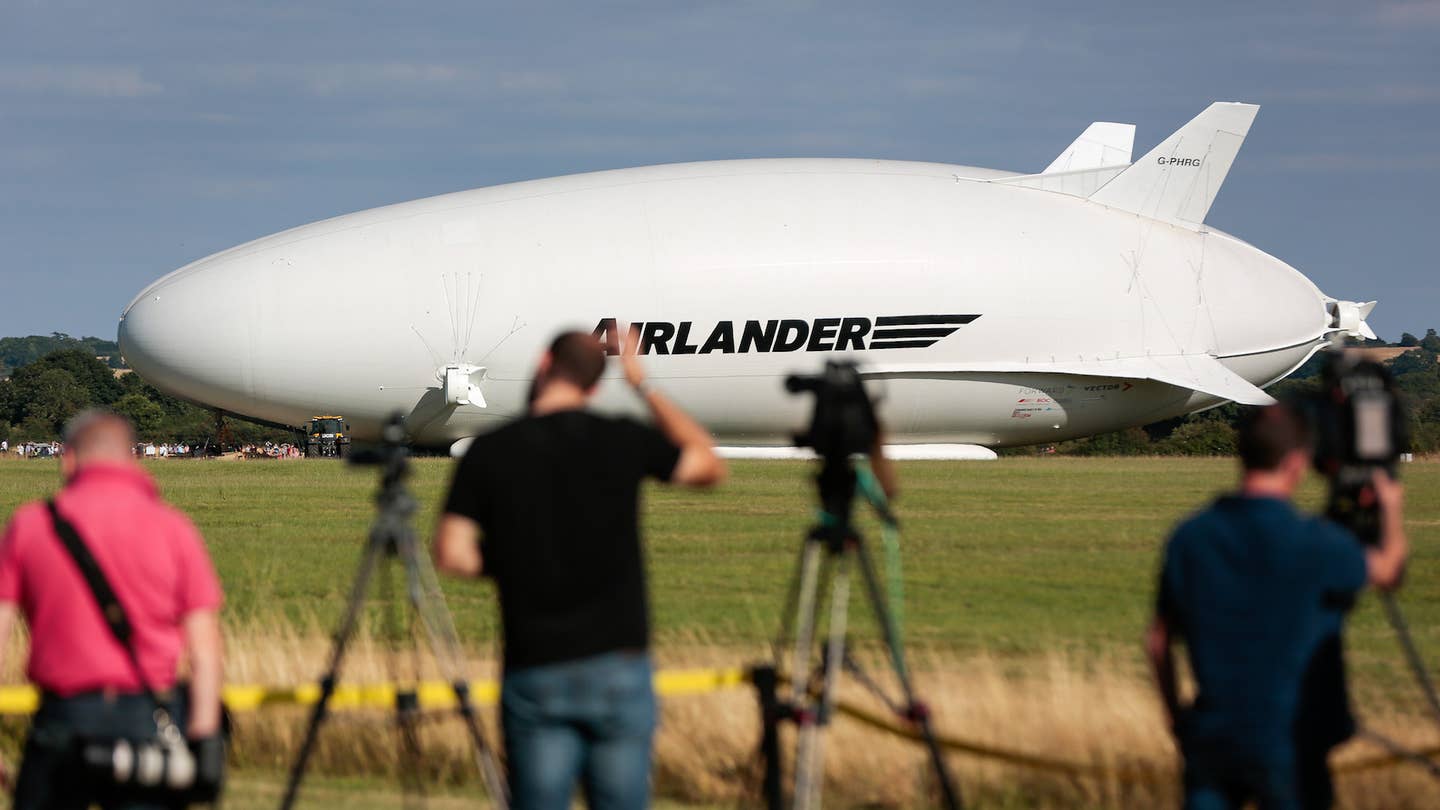 Airlander 10 is an aerospace marvel. Originally designed for U.S. military surveillance, the hybrid airship is 302-feet long, offering an incredible 10-metric-ton cargo capacity. There is no internal structure; the hull is hewn from carbon, Kevlar, and Mylar composites. It’s powered by four V8 diesel engines, each rated at 325 horsepower, helping allow a 91-mph top speed and 16,000-foot peak altitude. It’s buoyant, too, filled with 38,000 cubic meters of helium, meaning Airlander 10 can remain in flight for weeks at a time.

Really. It’s uncanny. This is the world’s largest flying craft, a triumph of ingenuity, encapsulating all our romantic notions about taking to the skies with the grace and aplomb of a proud eagle. And it just looks like the floating effigy of a Kardashian sister. Though, considering the current state of global affairs, it’s oddly symbolic.

Both because and in spite of its shape—which, and I really can’t emphasize this enough, absolutely resembles a human posterior—Airlander 10 made its maiden flight Wednesday. The ship took off from Cardington airfield, 45 miles north of London, where media and fans gathered to witness the event. The test was a success, as far as liftoff and stability are concerned, but a massive failure in the pursuit of not looking like a gigantic pair of flying ass cheeks.

Airlander 10 was mothballed three years ago after cuts to U.S. defense spending. Hybrid Air Vehicles, an aviation firm based in Great Britain, is responsible for reviving the project. Stephan McGlennan, the company’s CEO, says the craft could be used as originally intended, for extended periods of military data gathering. He also expects civilian customers. The viability of Airlander 10 as a low-carbon footprint commercial cargo craft, potentially its most exciting and profitable use, remains unknown.