Ford Says It Will Have Fully Self-Driving Cars by 2021

The Blue Oval's fleet of autonomous vehicles will be designed for ride-hailing duty. 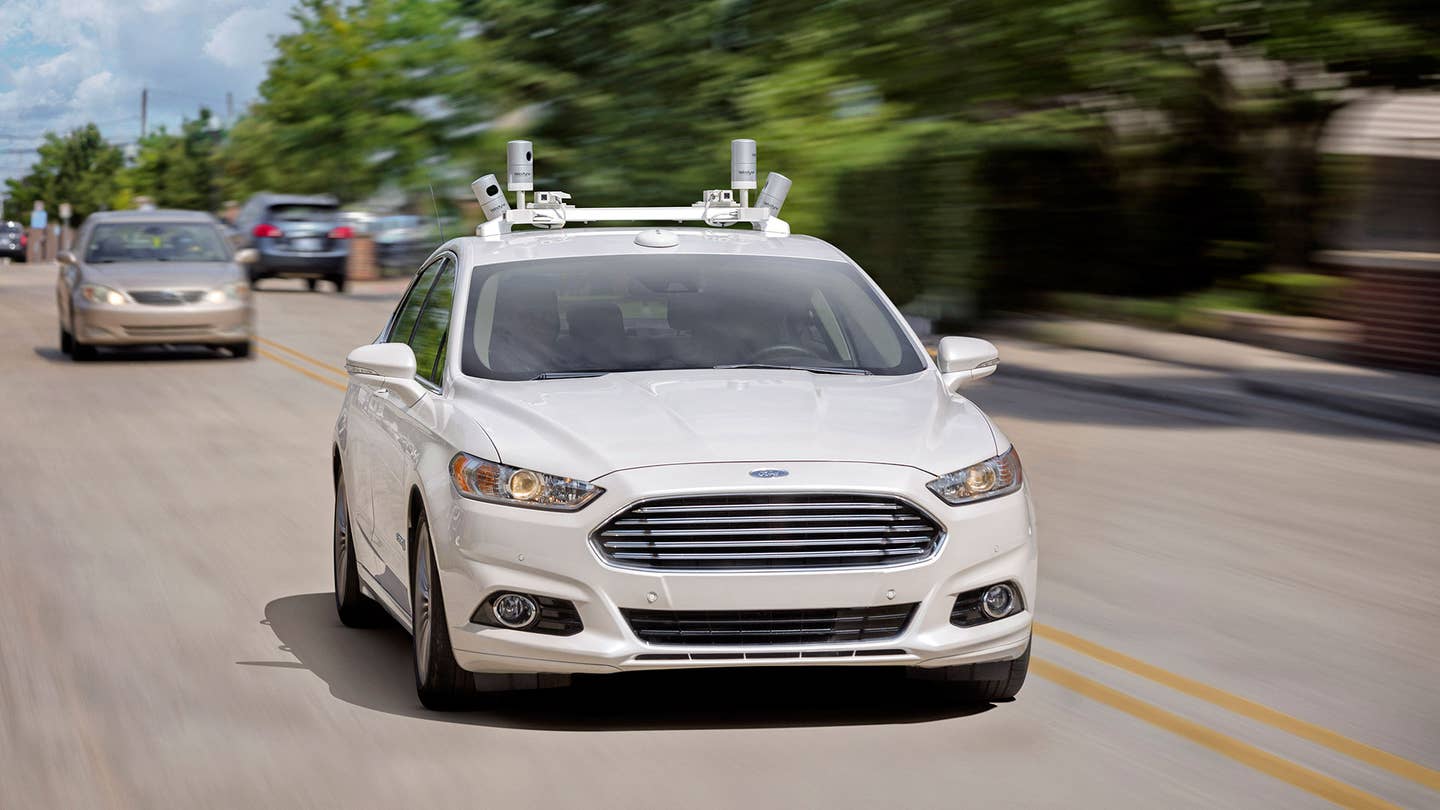 "Today we are not longer just an auto company. We're a mobility company," CEO Mark Fields proudly proclaimed, after announcing that Ford's self-driving cars would come in 2021.

The automaker announced Wednesday that it hopes to have fully-autonomous cars ready for Uber-style hailing on the nation's roadways in five years. The cars, which will be tasked solely with ride-sharing duties, will not have driver controls like a steering wheel or gas and brake pedals.

When these driverless cars do hit roads sometime in 2021, they will only be used in previously mapped geo-fenced communities that have already been approved for use by Ford, Business Insider reports. The initial focus will reportedly be on North America, but the company says it hopes sooner or later its cars will be used globally. Ford has not yet announced which cities in America will get first crack at the driverless cars for public use.

Ford is also investing in several technology companies to help it reach its 2021 goal. For mapping technologies,the Blue Oval will be investing in California-based Civil Maps. To help further how its autonomous cars read potential on-road dangers, Ford bought out Israeli tech company SAIPS. In an effort to improve its lidar tech, Ford has put money in California-based company Velodyne. Additionally, the automaker now has an exclusive partnership with Nirenberg Neuroscience LLC, a company that specializes in making computers think more like humans. (Insert Terminator theme here.)

If you somehow still doubt Ford's commitment to furthering its self-driving technology, the company is also building two new technology research and development structures in Silicon Valley adjacent to the Research and Innovation Center it opened in 2015. The entire campus will be operational in mid-2017, according to the automaker.

Ford is currently working to grow its self-driving car test fleet to 30 vehicles; the carmaker says it hopes to bring that number up to 90 sometime in 2017.