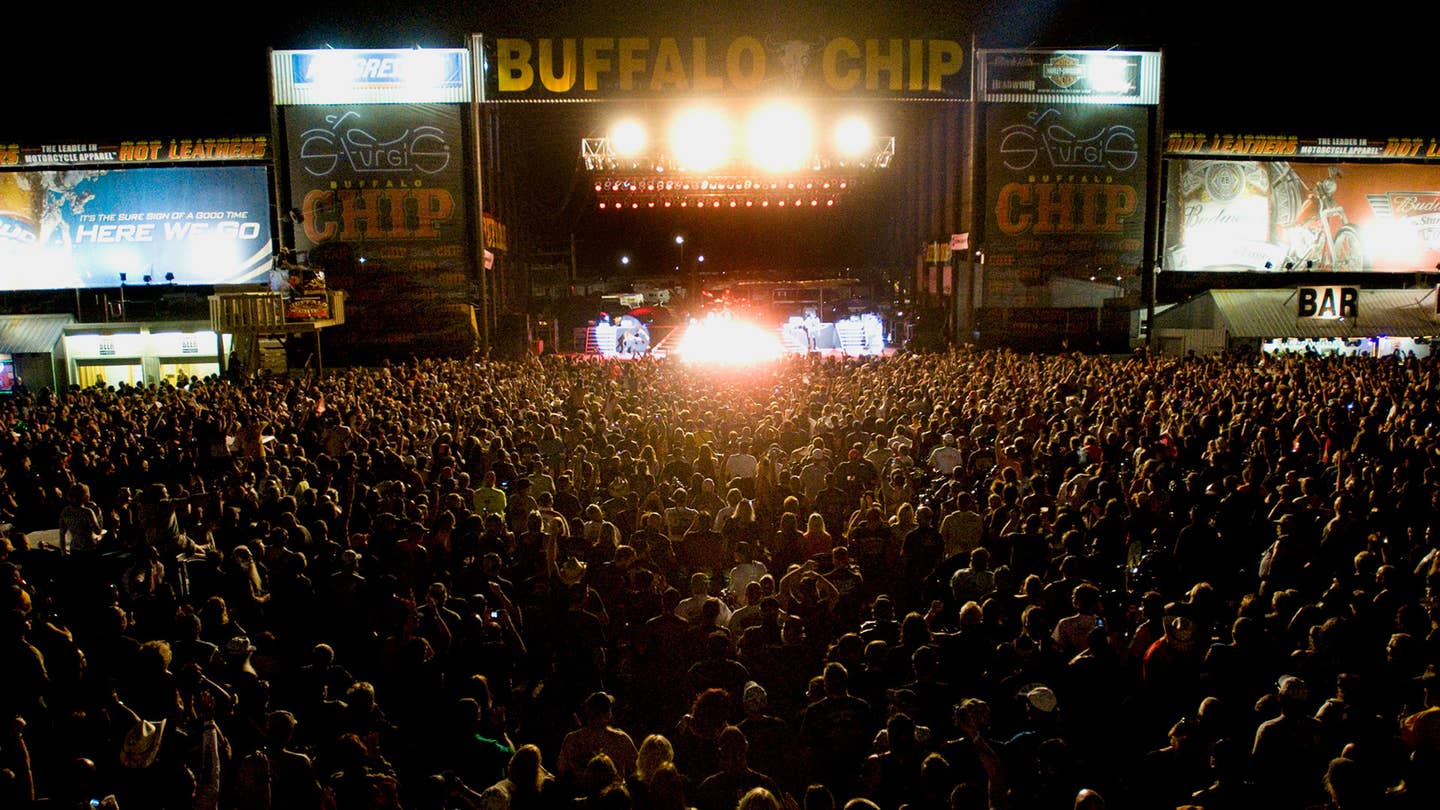 Four people were injured last night after legendary custom bike builder Roland Sands crashed into the crowd gathered at the Buffalo Chip stage during the Sturgis Motorcycle Rally in South Dakota. The accident happened just before 10pm, in between concert acts at the campground, and some local media reported that Sands, unveiling an Indian FTR750, was attempting a burnout or stunt when he lost control of the bike and shot off the stage into the crowd.

However, the footage uploaded to YouTube doesn’t seem to indicate that’s accurate. Sands, rolling slowly onto the stage, wasn’t wearing any protective gear or a helmet. In the instant before the mishap, the announcer notes that the bike has no front brake and then it looks like the bike just fails to stop, continuing on into the crowd. Four people were taken to the hospital after on-site triaging by emergency personnel, though it’s unclear what the extent of the injuries were and if Sands was one of the injured. We’re hoping everyone involved is okay.

Sands is an extremely accomplished bike builder who raced bikes professionally from 1994 to 2002, winning the American Motorcyclist Association 250GP road racer national championship in 1998. He still holds track records at Daytona, Laguna Seca and others. Sands recently appeared on AMC’s Ride with Norman Reedus earlier this season when Reedus swung by Sands’ Los Angeles shop for a tour and a test drive.