We’re nearly back where we belong, so let’s prepare for more good times. 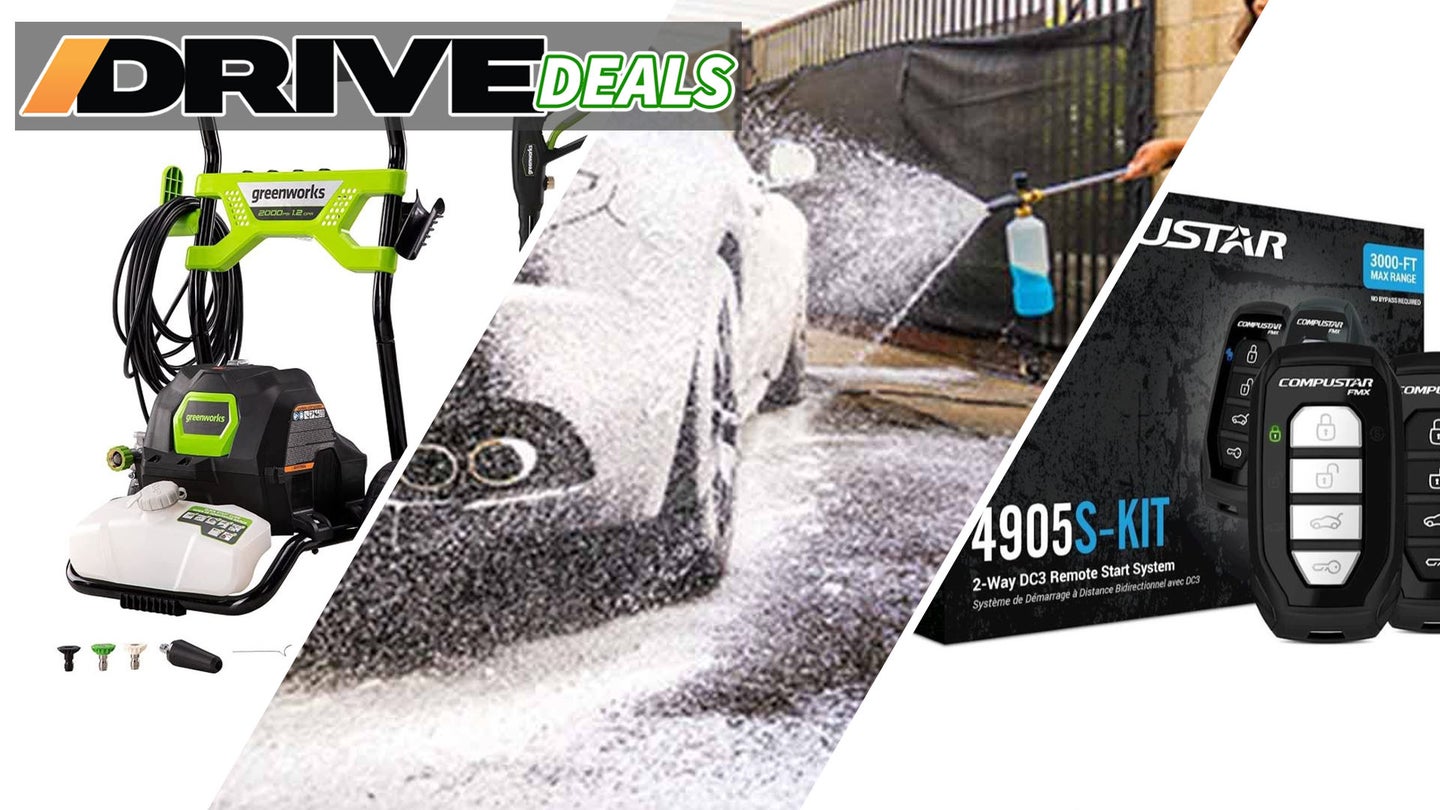 The days are getting longer, the geese are returning, the racing season is in full swing, and you're actually getting some vitamin D between snowstorms. You've been itching for it, and it's less than a week away. I'm talking, of course, about springtime — just like I do in every other Deals post. What can I say? I'm ready for it too. So, let's get into some of the best deals that the team and I were able to track down this morning that'll help you start the season on the right note.

Right now, you can take up to 15 percent off motor oil from Pennzoil at Amazon. I get it. You probably have a few hundred miles to go before you're due, but why not handle that oil change now? It's a quick job, and it's nice enough outside to deal with it without freezing your fingers off. Besides, tackling it now means you won't need to stumble over it on your way to that first well-deserved warm-weather cruise.

If you're in the northern parts of the country, it might be a little cold to get that post-winter wash in just yet. Even so, you can prepare and save by snagging the Chemical Guys Torq Professional Foam Cannon and Soap Kit for $77 at Amazon. This handy kit basically turns your existing pressure washer into a car wash, which is what we all dream of owning exclusive rights to at some point.

Don't have a pressure washer? No problem. You can pick up the Greenworks 2000-psi Max @ 1.2 gpm (14 Amp) Electric Pressure Washer for $169.99 at Amazon. It's a battery-powered pressure washer. That means you don't need to make a run to the fuel station every time you want to wash the muck off your car. Plus, it shares the battery with many of Greenworks' other power tools, making it a great way to start the transformation of your collection.

The best part of the spring is the fact that you don't have to worry much about climate-control systems. Those sub-zero mornings may be behind you, but boiling hot days aren't far off. If your car doesn't have a remote-start function, you're going to be grafted to those leather seats every time you fire that puppy up come June. That is unless you jump on the Compustar Two-Way Remote-Start System for $299.99 at Best Buy.

There are plenty of you screaming that the best part of spring is getting on your bike, not some crap about not having to deal with the defrost. I hear ya, which is why I made sure to check out what's going on at RevZilla. In case you missed it, check out the St. Patrick's Day Good Luck Streak. New sales pop up every 24 hours during this event until March 20. It just might have exactly what you're panicking over buying before the season officially hits your region.

That's it, at least when it comes to me taking up your time. If you're on the hunt for something else, be sure to check the list below for more deals.

Up to 15 percent off motor oil from Pennzoil at Amazon

Valentino Rossi Cap for $40.61 at Amazon

Forza Horizon 5: Standard Edition Xbox Series X and Xbox One for $50.94 at Amazon