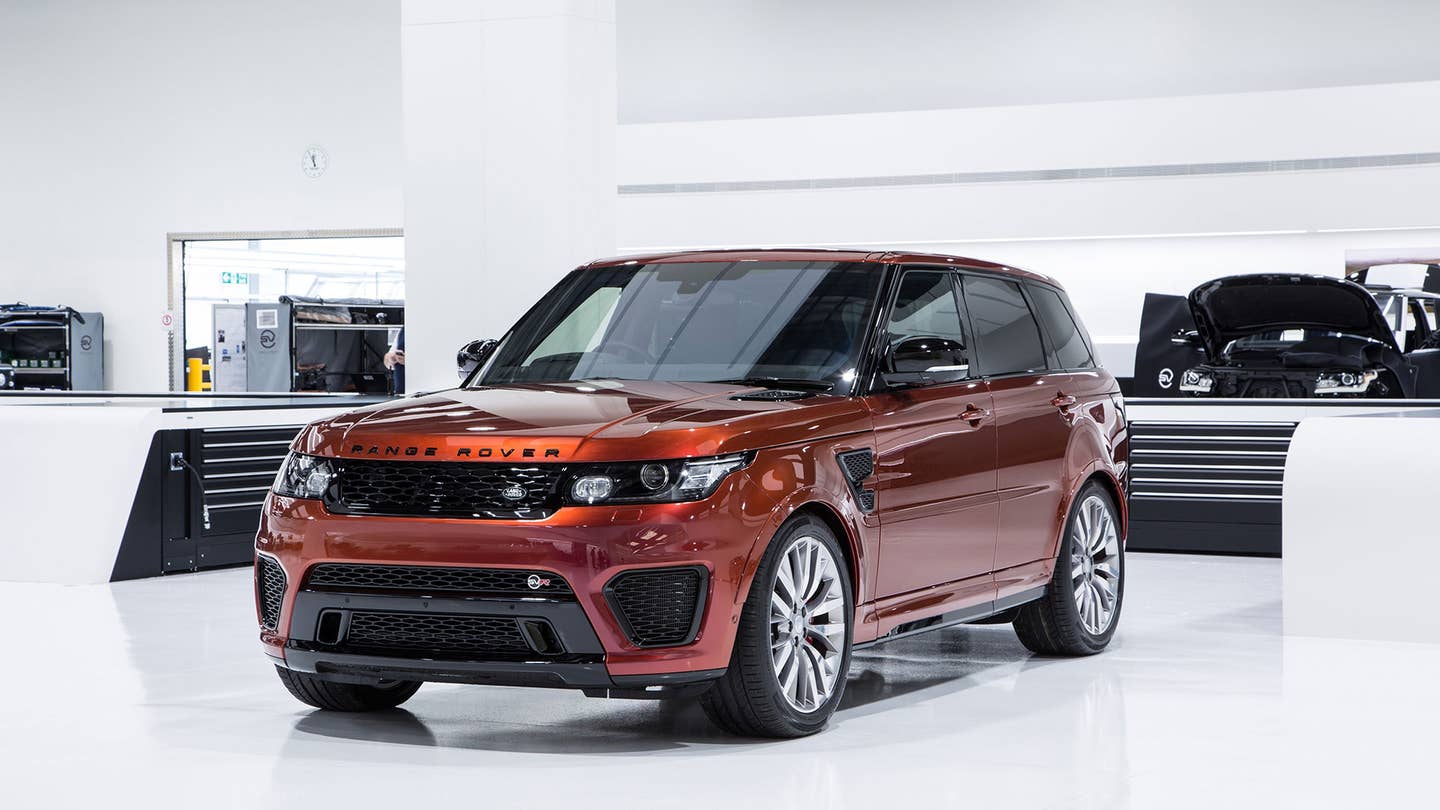 Only a week after Jaguar Land Rover opened the doors to a new $26.3 million engineering facility for its Special Vehicle Operations leg, the British automaker announced JLR will also be expanding the SVO model range over the next four years.

Autocar reports that JLR is hoping that its SVO division will release one new SVR model per year through its new engineering center between now and 2020. The automaker also plans on expanding Special Vehicle Operations production by about 40–50 percent; currently, the division cranks out roughly 3,500 Jaguars and Range Rovers per year.

The SVO engineering facility is staffed with over 200 employees, and the company told Autocar it has plans to expand that number by adding 250 more. And to keep all those hands busy, the Special Vehicle Operations engineering center is equipped with the latest in automotive manufacturing tech.

“The SVO Technical Centre is very modern facility, inspired by a Formula 1 engineering center. It covers 20,000 square meters including a manufacturing area, one of the world’s most eco-friendly and advanced paint shops, custom-built commissioning suite, technical suite, presentation suite and offices," SVO managing director John Edwards said, according to Autocar.

The SVO division, which currently makes both faster and more luxurious versions of existing JLR models, currently has the Jaguar F-Type SVR, the Range Rover Sport SVR, and the Range Rover SVAutobiography. The next Special Vehicles model, which is expected to be a Land Rover, is set to be shown off before the end of 2016. Earlier this year, we saw spy shots of what we thought could've been the next Range Rover Sport SVR, and The Drive has also heard rumors the automaker is putting together a souped-up SVR version of the Jaguar F-Pace.

Is there anything you would love to see the mental creatives at SVO to build? Let us know in the comments.