The Day the LA Auto Show Went Up in Flames

On March 5, 1929, a short circuit sparked a fire that decimated hundreds of cars.

On the morning of March 5, 1929, the 16th annual Los Angeles Auto Show opened at 9:30 a.m. for the fourth day in a row. Under cover of four large tents at the corner of Hill Street and Washington Boulevard, the auto show attracted thousands of people that day and it was in full swing. Millions of dollars of airplanes, boats, and cars were on display and the Great Depression was still a few months away. It’s likely that spirits were high and the weather was typical for L.A.: sunny and beautiful.

At 4:10 p.m. that afternoon, an electrical circuit in the airplane display area sparked a fire that quickly blazed up the curtains and spread across the exhibits at incredible speed. Within minutes, the flames had decimated everything inside, leaving nearly 400 cars burned beyond recognition, including a few irreplaceable specimens.

Miraculously, of the 2,500 or so people on site no one was seriously injured. However, even though Los Angeles Fire Department personnel were on site and Foamite Fire Extinguishers was even listed as a vendor, the firefighters struggled to get the blaze under control.

After the flames were snuffed, the wreckage of twisted and melted steel, rubber, and canvas littered the area. Nearby A-1 Auto Works (“You wreck ‘em, we fix ‘em) next door was called in, and the carcasses of hundreds of ruined cars were hauled away to the junkyard. On the historical pages of the L.A. Auto Show, it's said that a fence between the auto show and the adjacent junkyard was lowered to allow for a quicker cleanup.

By the time the damage was assessed, over a million dollars’ worth of machinery was ruined. Well-known (and still current) automakers like Buick, Cadillac, Chevrolet, Chrysler, Dodge, Ford, and Lincoln brought cars to the show, as well as now-defunct companies like Studebaker, Auburn, DeSoto, Essex, Hudson, Kissel, Nash, Pierce Arrow. (The last one, by the way, had some of the most beautiful hood ornaments in the business.) 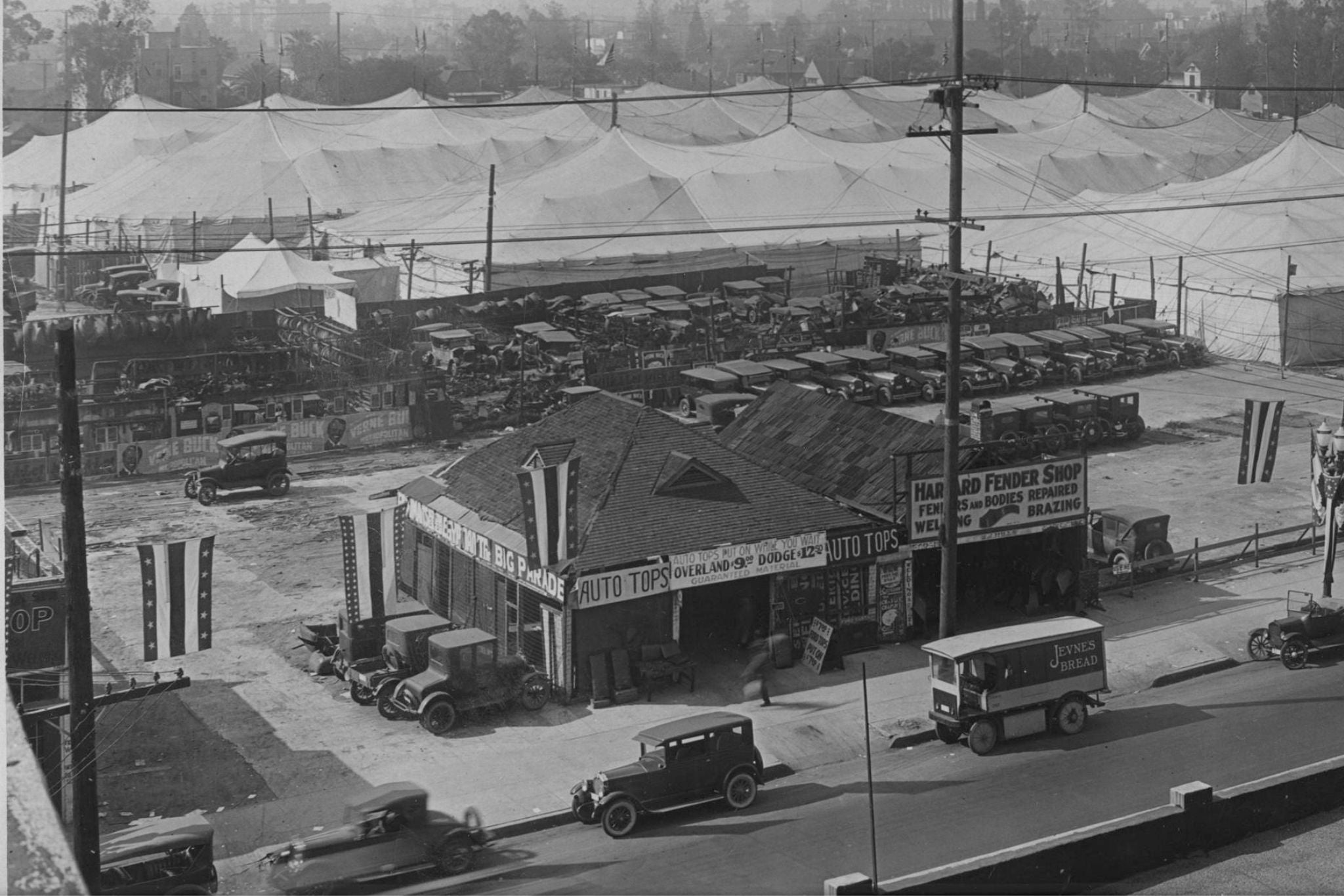 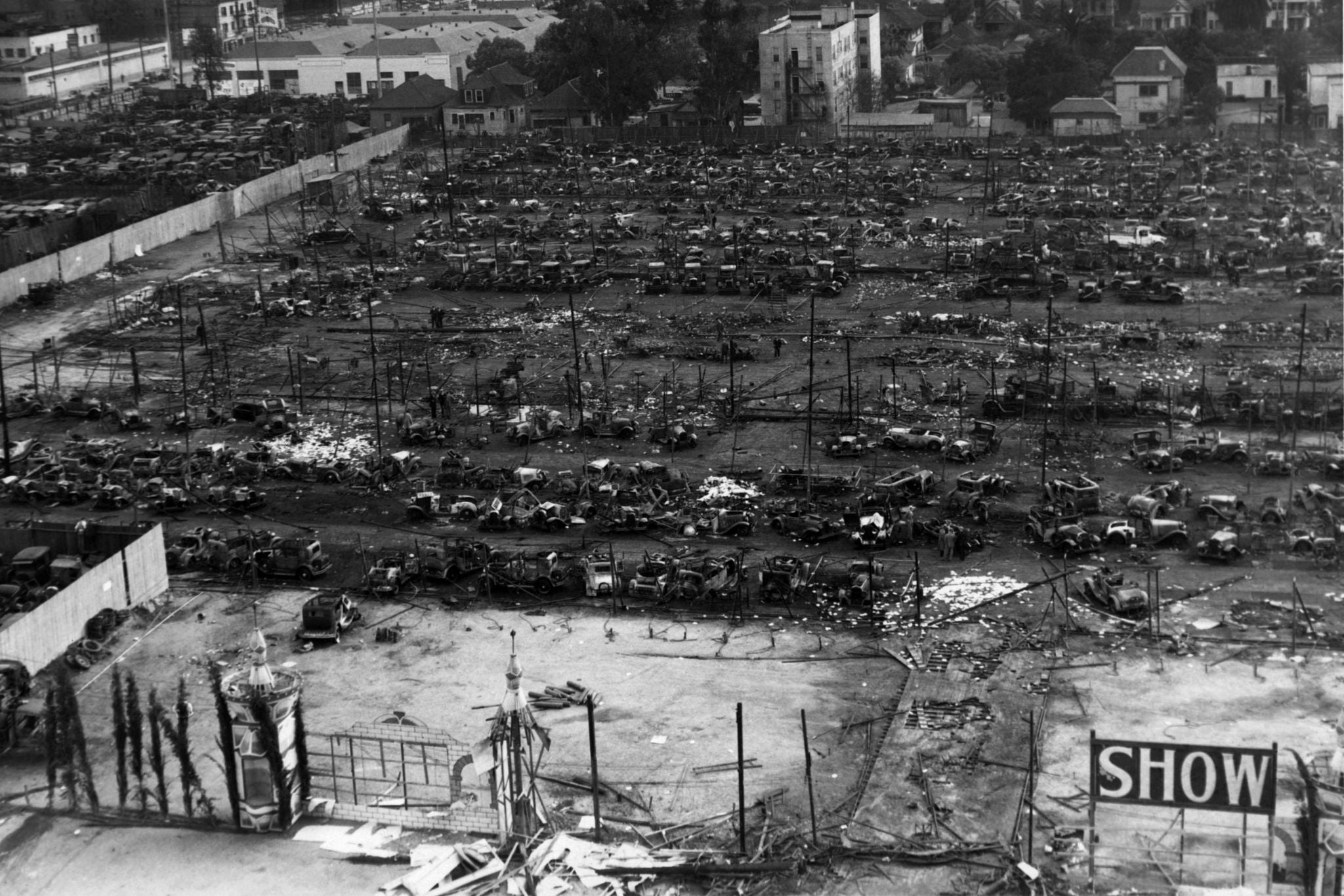 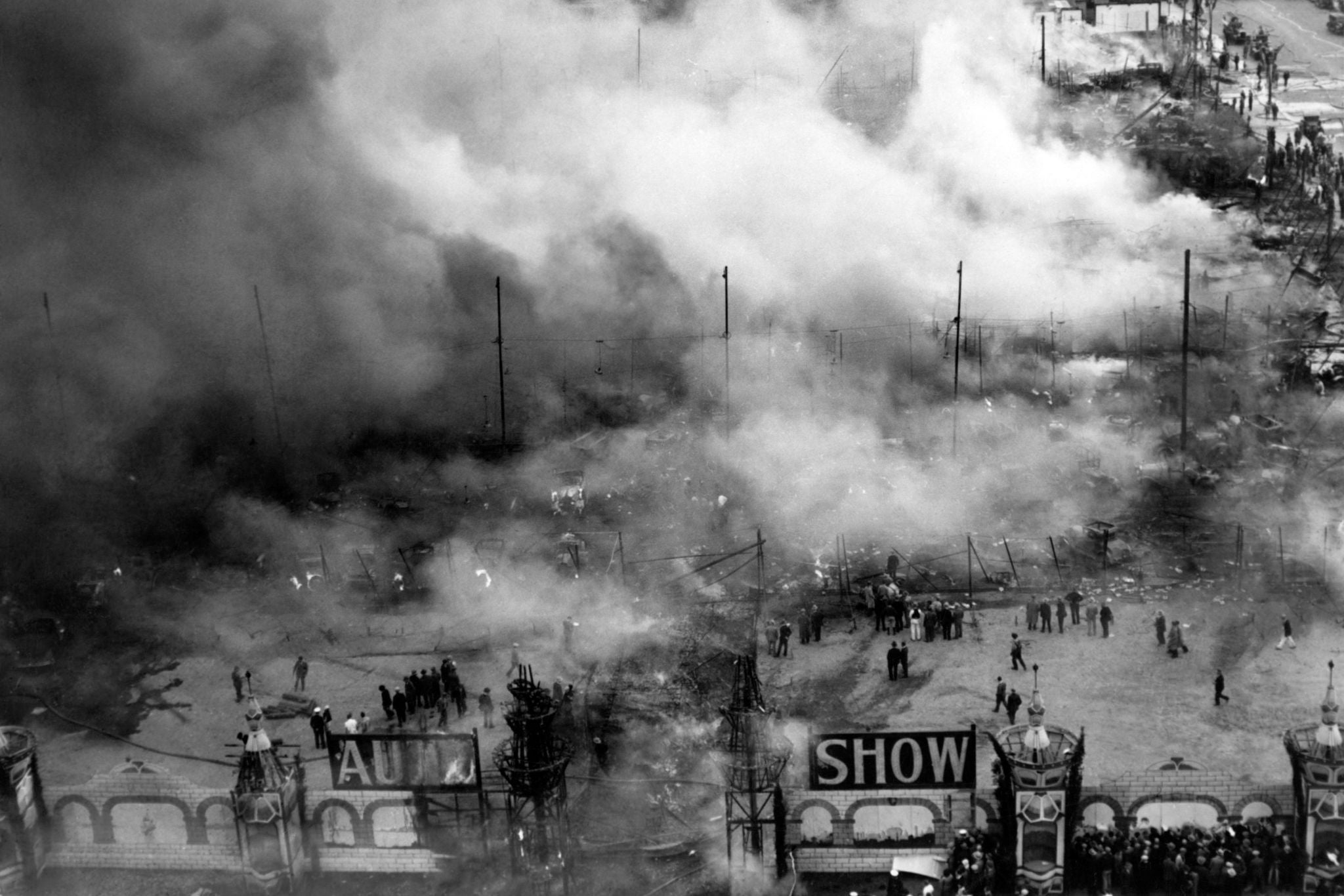 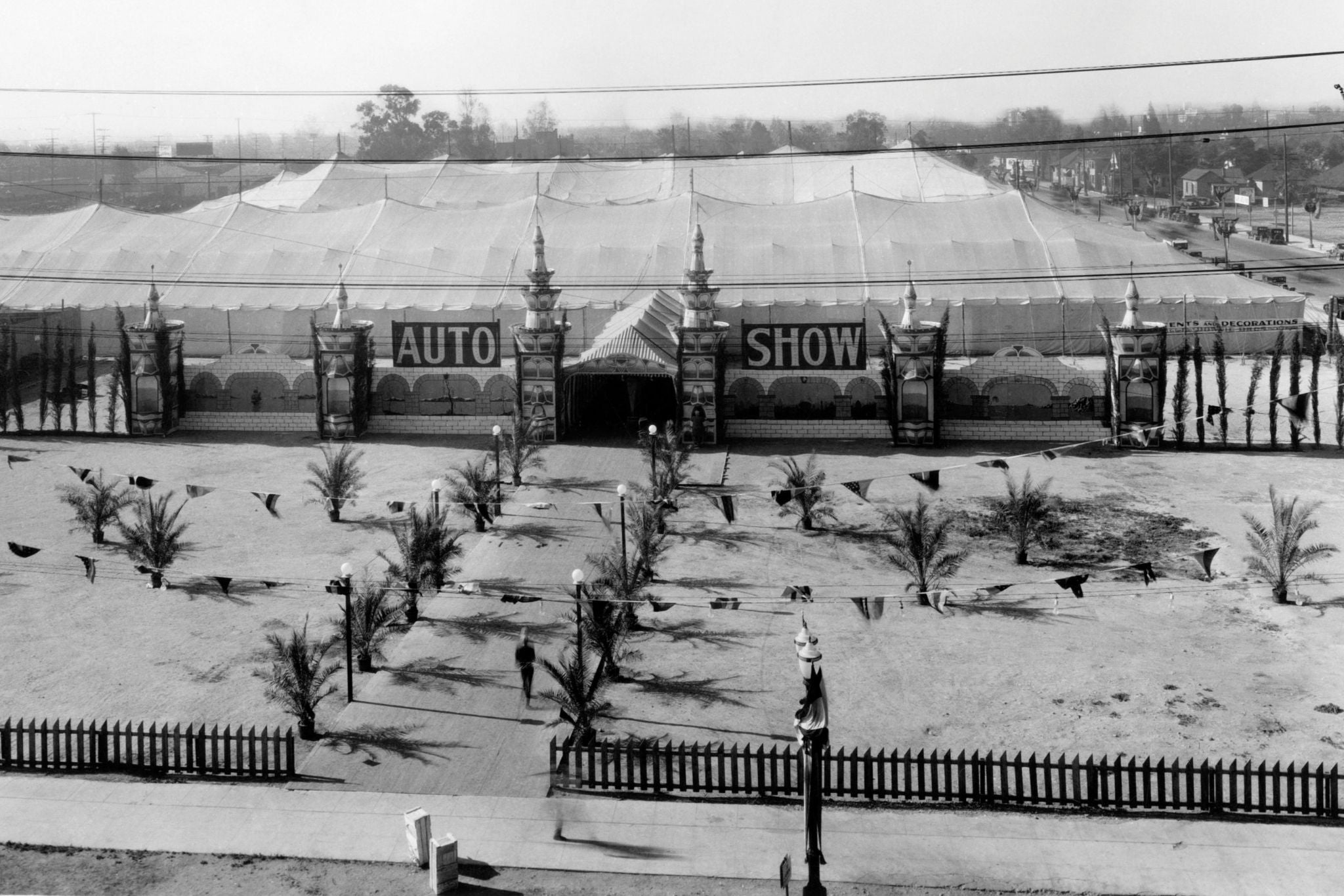 Show organizers, including chairman Watt L. Moreland, collected themselves and came up with a plan for the event to continue for the remaining days through March 10. What was left was moved to the Shrine Auditorium with a small army of tow trucks and volunteers, and the show went on, albeit on a much smaller scale. According to the New York Times, President-elect Herbert Hoover decided to attend the 2.0 version of the 1929 Los Angeles Auto Show as a speaker.

Lost in the fire was a renowned 1907 Model 30 Packard roadster with reportedly more than 500,000 miles on it, and a one-off prototype of the Auburn Cabin Speedster (#1). If you ever get a chance to go to the Auburn Cord Duesenberg Museum in Indiana, the display about the Speedster and fire is fascinating.

"Through good fortune, the original full-scale body drafts have survived," says a representative from the Auburn Cord Duesenberg Automobile Museum. "After the Auburn Automobile Company went out of business in 1937, the canvas used for the full-scale body drafts, along with many other items from the company, were ordered to be sold via auction by the bankruptcy court. A local sign painter purchased many canvas pieces for use in his trade with the Cabin Speedster body drafts being one of them."

A few months after the fire, the stock market crashed, kicking off the Great Depression. Automobile sales tanked, but the L.A. Auto Show kept going until the start of World War II. (For more history on the show and tons of fantastic photography, check out the auto show's site as well as the Homestead Museum's blog.)

And later this week, after a one-year hiatus, the show is back starting with media day on November 17, 2021. We'll be reporting from there, so stay tuned. And fortunately, modern fire standards and technology are in place to prevent 1929 from happening again.

Got a tip? Want to chat about your classic car project? Catch me at kristin.shaw@thedrive.com.