GM took to Goodwood to show off the 640-hp muscle car's showboating feature. 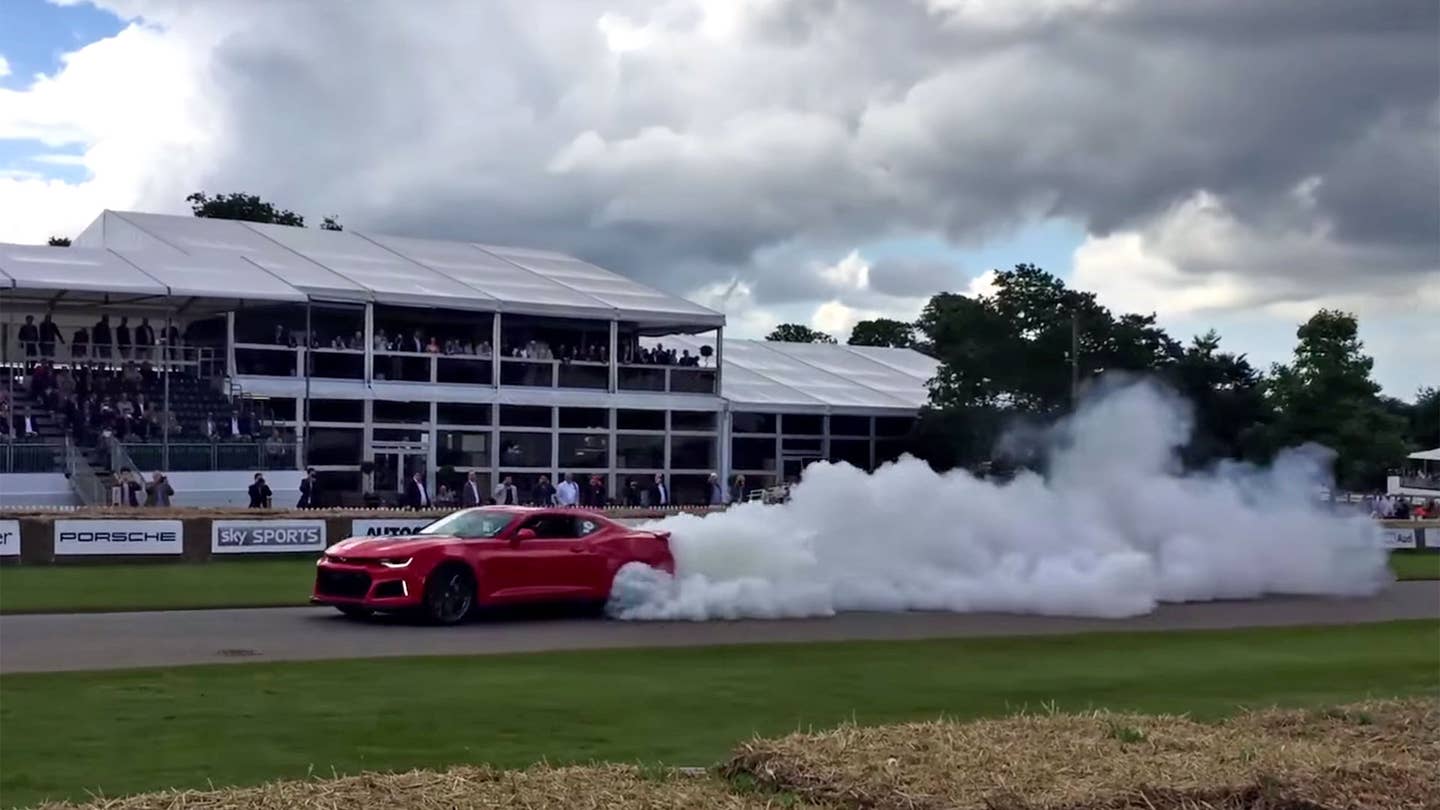 The 2017 Chevrolet Camaro ZL1 was always going to be able to lay down a tasty burnout. 640-horsepower and 640 lb.–ft. routed to its rear tires is pretty much a guarantee that the maximum 'Maro would be able to vaporize its Michelins on demand. But just to be sure even the noobiest muscle car owner can light 'em up like a pro, General Motors has decided to outfit the new ZL1 with line lock, enabling perfect burnouts on command.

Better yet, Chevy decided to reveal this deliciously white-trash feature to the world in the classiest way possible: by having GM product chief Mark Reuss flip on line lock and cook off an enormous burnout in the middle of the Goodwood Festival of Speed. Ostensibly, the line lock feature is meant for heating up the rear tires in advance of a drag strip run—but as Reuss himself demonstrates in the video below, its real use lies in showing off for the adoring masses.

According to the GM authorities at GM Authority, activating line lock in the ZL1 is a simple process:

2.) Select the line lock option from the launch control choices.

3.) Apply 80 pounds of pressure to the brake pedal. (An on-screen graphic will tell you when you hit the magic number.)

3a.) For a rolling burnout, also press both center buttons on the steering wheel.

Line lock has been an aftermarket option for years, but it entered the OEM realm when Ford included it as an Easter egg on the sixth-generation Mustang GT, much to the delight of every Mustang owner with a YouTube account. Now, it's become one of the increasing number of features shared between the muscle car arch-rivals from Ford and Chevrolet. As for the Challenger Hellcat, it already has a burnout mode. Dodge just calls it "first gear."