Believed to be the first used F12 TdF to go on sale in the United States. 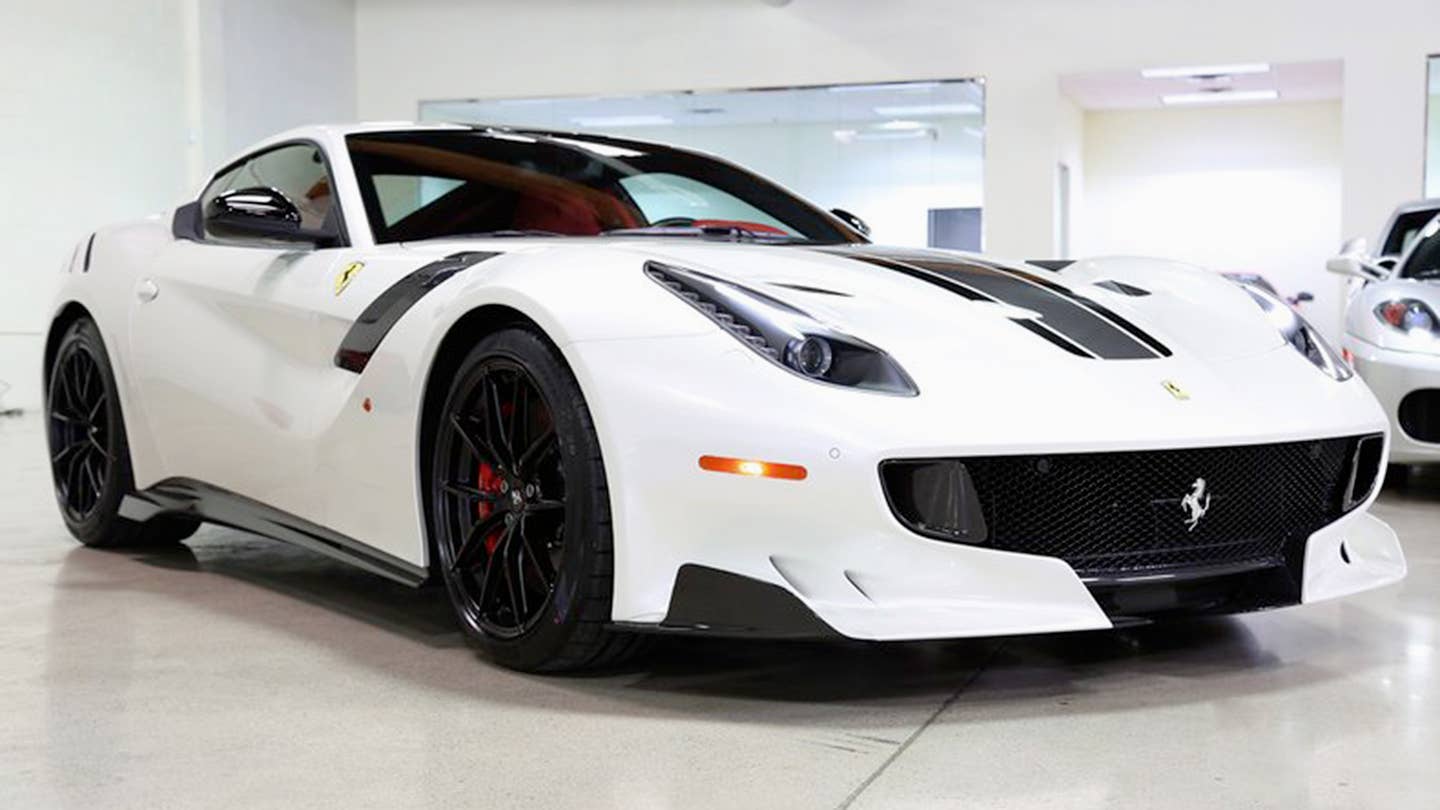 Here today, gone tomorrow. This white Ferrari F12 TdF went on sale yesterday at a Los Angeles dealership for $1,550,000—but even if you have the money, it's probably too late. The car may still be on the showroom floor, but it's already spoken for.

"This TdF is a car that's lit the world on fire over here," Steve Feldman, general manger of Fusion Luxury Motors, told The Drive. Feldman says the dealership is currently waiting on a wire transfer from a buyer for the car, but even if that should fall through, there's a long list of people waiting to slap down megabucks to take home the feisty Ferrari.

"There's a tremendous amount of interest," he said. "I'm assuming it's gonna sell today, or in the next couple of days."

According to the traditionally well-informed forum members on FerrariChat, this F12 TdF is believed to be the first example of the 769-horsepower supercar to go up for private sale in the United States. Ferrari guards its MSRPs closely, but the car is believed to have a base price of roughly $450,000.

The car, according to Feldman, is technically being sold as used—it has an existing title, presumably bearing the name of the secretive individual who ordered the limited-edition Ferrari from Maranello. But with only 100 miles on the car, "used" is a relative term.

As for the striking paint job, Feldman said he wasn't exactly sure what shade of white the F12 is clad in, but said, "I think it's a $27,000, $28,000 color." A price such as that could imply the car is coated in a triple-layer version of one of Ferrari's paints, which usually run into the tens of thousands of dollars. (A quick scan of a Ferrari paint website suggests the F12TdF may be painted Bianco Avus.)

The Drive will now spend the rest of the afternoon praying this F12 TdF was not purchased by Justin Bieber.